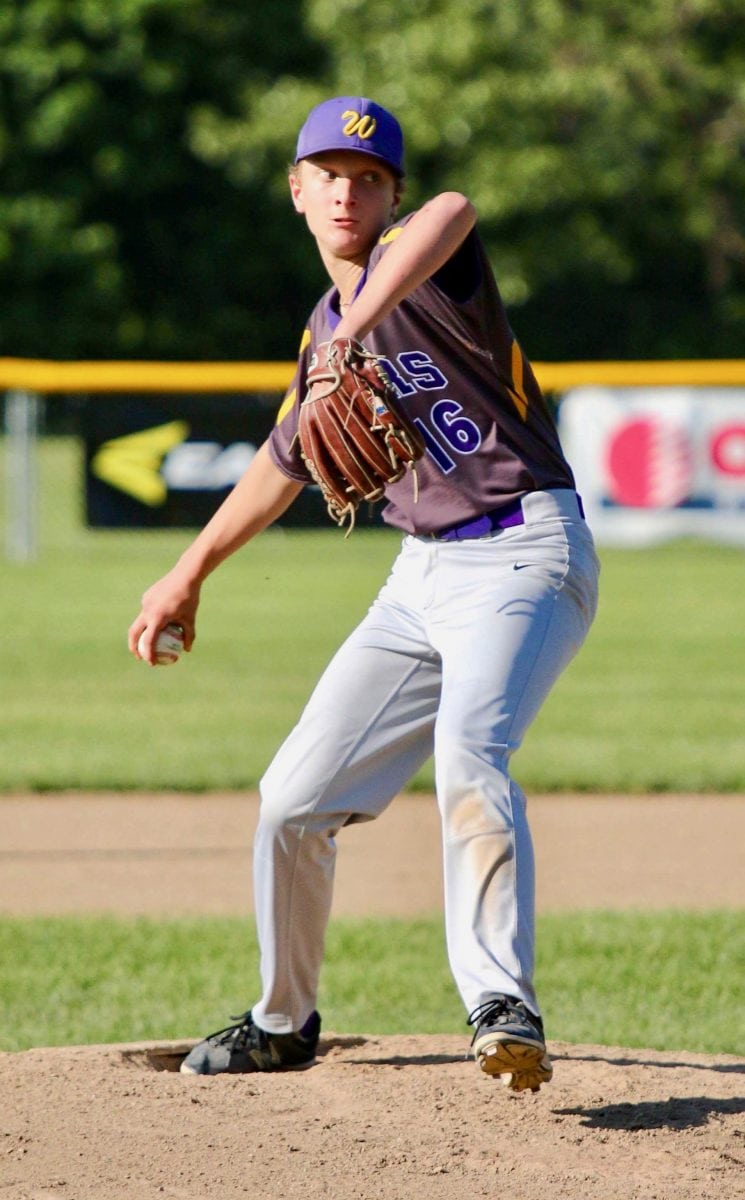 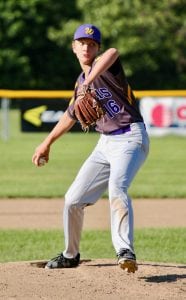 WESTFIELD – For the fourth time this season, the Westfield Technical Academy baseball team received a complete game from a freshman pitcher. It not only resulted in another victory, but this time earned the Tigers a spot in the postseason.
Westfield Tech freshman Riley Sullivan scattered five hits and walked just one batter in allowing just one run while striking out 10 batters in Wednesday’s 15-1 shelling of Duggan Academy at Bullens Field.
“Riley threw a lot of strikes today,” Westfield Tech coach Bob Eak said of his freshman hurler, who exceeded his strike percentage with 61 out of 79 pitches resulting in strikes.
Sullivan threw first pitch strikes to 23 of the 27 batters he faced.
“That was awesome,” coach Eak said. “That increases the odds of getting outs considerably.
Sullivan is the third Westfield Tech pitcher to throw a complete game this season. Freshman Trent Adam accomplished that feat twice and Brody Zabielski did so once.
“I wasn’t expecting that this year,” coach Eak said, “but that’s good. …It helped us a lot this year and certainly helps us in the future.”
Sullivan also contributed at the plate against Duggan Academy, going 2-for-4 with an RBI.
Andy Daniels went 3-for-5, finishing a home run short of the cycle. Daniels’ triple nearly resulted in a home run on a well hit ball down the left field line. He also scored four runs.
Zabielski (1-for-3, 2 RBIs), Connor Medeiros (1-for-3, 2 runs), and Chris Boyden (2-for-3) also contributed with their bats for Westfield Tech, which with the victory improved to 9-7 overall (5-1 Tri-County South) and secured a spot for the Tigers in the Western Massachusetts tournament.

SOFTBALL
Bombers shut out Lancers
Westfield 15, Longmeadow 0 (6 inn.)
Westfield pitcher Haley Moniz tossed a one-hit shutout, and the Bombers offense was a hit, producing 17, in fact.
Moniz, Diana Daly and Madi Robitaille each had three hits apiece and combined for six RBIs. Shelby St. Onge had a double and RBI.
Westfield did not commit an error.