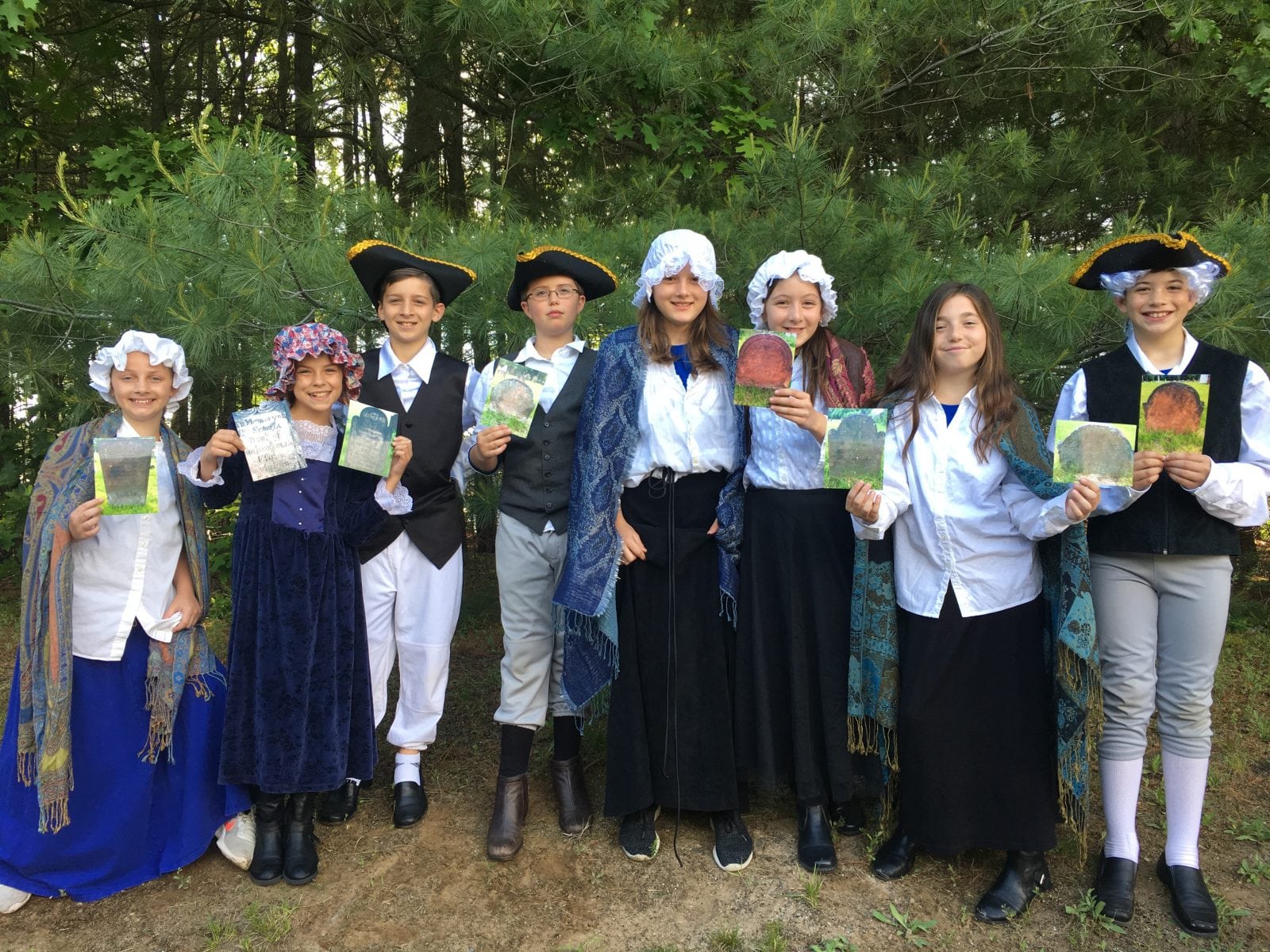 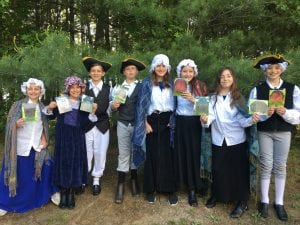 WESTFIELD – Fifth graders from Munger Hill Elementary School will be dressed in period garb for Open Gate Day at the Old Burying Ground on Mechanic Street this Saturday, June 9 from 10 a.m. to 12 noon.
Teacher Cynthia Gaylord, who is also the chairperson of the Westfield Historical Commission, said the students will be telling the stories of some of the founding families of Westfield who are buried at the historic cemetery. “This year, it will have more of a 350th message,” she said.
Gaylord said the students have been busy practicing their stories at school, and will have a practice run to present them, in costume, to the School Committee on Monday night. 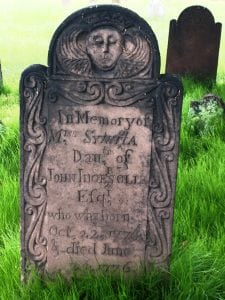 “Two of the families they will be presenting are the Ingersolls who were very wealthy and could afford a beautifully carved stone for their two year old daughter, Synthia, when she died.
Another founding family member the students will talk about is John Root. Gaylord said his stone is almost illegible. “When we were cleaning the stones a few years ago, we discovered that his is the second oldest remaining stone in the Old Burying Ground. He died in 1687,” she said, adding that Root Road is named after John Root.
Gaylord said the whole fifth grade at Munger Hill will be going to the Old Burying Ground on June 13 for a downtown historic Westfield field trip, where her students will have another chance to tell the stories to their class mates.