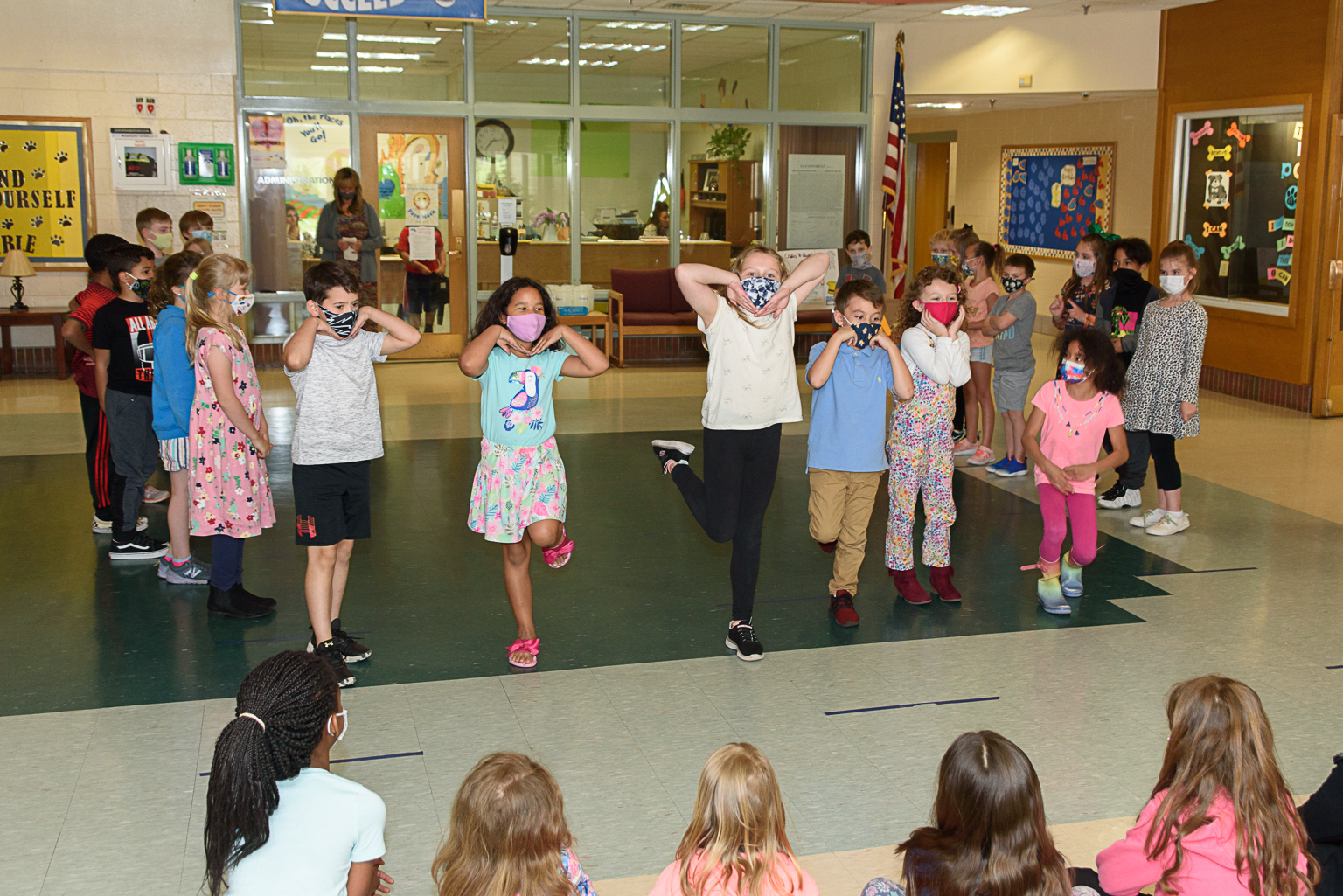 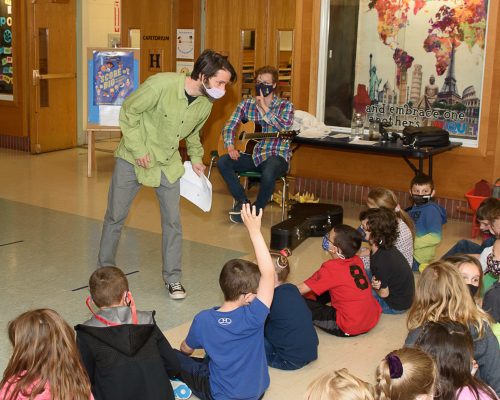 WESTFIELD – Jonathan Mirin of Shelburne Falls’ Piti Theatre Company returned to Munger Hill Elementary School for “Poetry in Motion,” a theatre residency with the first and second graders that culminated in performances on May 6.

Munger Hill Principal Salvatore Frieri said the students wrote the poems in their classes and performed along to them as they were being read on stage. The two grade levels took turns, the first graders performing to the second graders in the morning, and then switching in the afternoon.

The poems were written together, and acted out as a play. For example, Mr. Relf’s first grade class wrote:
“What we like about friends . . .
You can have fun with them!
play games with them!
go to camp with them!
Play tag with them!
Pick up bags with them!
Share with them!
run from a bear with them!
Push in a chair for them
And you can care for them.” 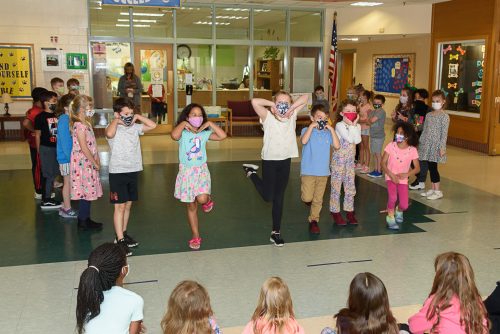 Mrs. Wippert’s second grade class wrote:
“If someone’s feeling sad
I like to be nice
I might even bring them
A bowl of rice—just to be nice!

“If someone’s feeling sad
I might give them some time
and ask others to be kind.”

“The kids loved seeing the poems that they wrote themselves performed as a play. To be able to demonstrate that to their peers in the schools, it meant a lot to them. They were very proud of their poetry writing and their performance,” Frieri said.

The residency was made possible through a $5,000 STARS grant from the Massachusetts Cultural Council. Frieri said this was the second residency and STARS grant with Mirin and Piti Theatre, who previously performed the Weather Heroes with third graders earlier in the year. Frieri said the MCC didn’t get the same number of grant requests this year, and the school was fortunate to receive back to back grants.

“The kids were beaming – it was just so adorable,” Frieri said about Poetry in Motion. 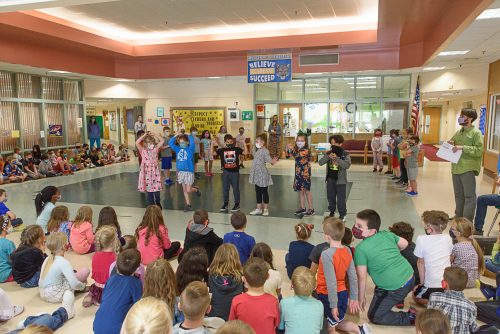