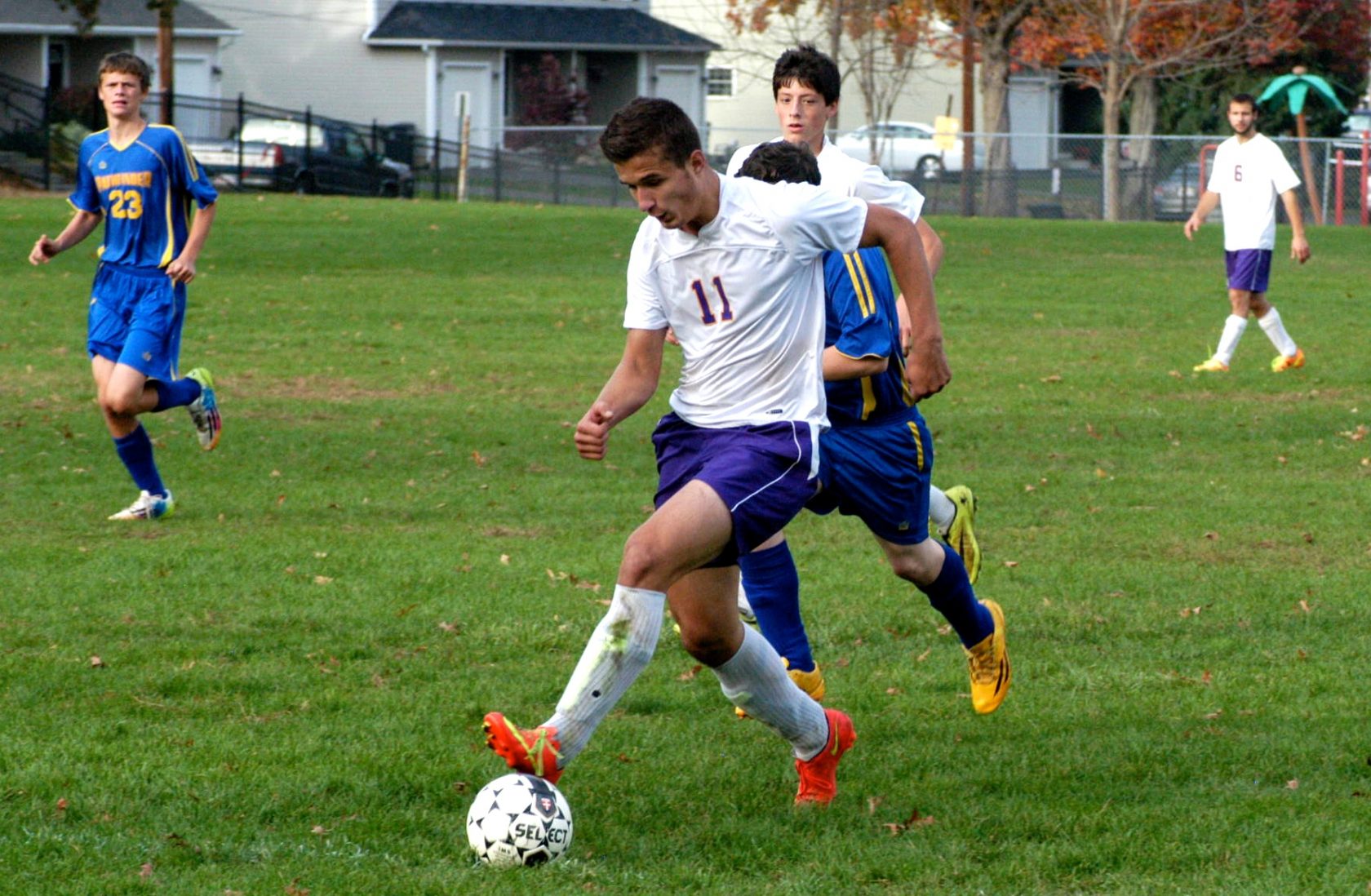 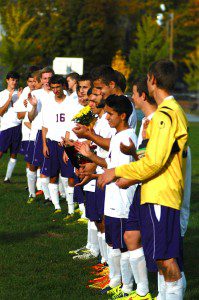 The Westfield boys’ soccer team’s seniors are honored during a pregame ceremony. (Photo by Chris Putz)

Voc-Tech’s Dmitriy Stepanchuk (11) gets out front of the Pioneers with the ball Tuesday at Jachym Field. (Photo by Chris Putz)

Voc-Tech coach Kyle Dulude asked the Westfield News to withhold the game-scorers in Tuesday’s contest to truly acknowledge the team effort put forth, not only in the regular season, but since summer’s final days. Although the request is an unusual one, there typically is not a season as special as this.
“I feel totally lucky to have a group of kids so invested,” coach Dulude said. “The success really comes down … kids who loved to play soccer.”
“This season’s success definitely resulted from hard work and commitment by players this year and by players who have been committed to the program for the past four years. The program is currently strong because we have so many student athletes who just love to play soccer, and they have an extreme passion for it and come ready to play every single day no matter whether it is a practice or a game.”
Dulude said that many of the seniors – some of whom have never played soccer prior to their high school experience – have been pushed by others, such as juniors Dominic Rosario and Tyler Hall, who developed an even better understanding of the sport through travel league play. 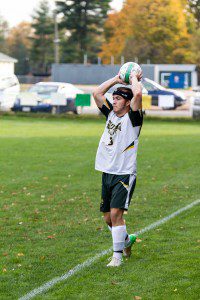 “This was our best season,” coach Dulude said, “but I don’t think of it as being over.”
Voc-Tech will begin the state small vocational schools’ tournament later this week, and the Western Massachusetts postseason soon thereafter. The top-seeded Tigers face off against No. 4 Smith Voke Thursday at Bullens Field at 4 p.m. The winner will advance to play either No. 2 McCann Tech or No. 3 Blue Hills in Friday’s title game.
The WMass tourney field will be announced Friday afternoon.
“Realistically, everyone is 0-0 now,” Dulude said. “Anything can happen.”

Saints surge into postseason
St. Mary 4, Ware 0
Zac Girard and Nick Garde tallied two goals apiece to lead St. Mary in its final regular season game. Alex Parentella had two assists for the Saints, and Garde had one.
St. Mary keeper Colin Blake (1 saves) earned a shutout.
“It was a solid win as we get ready to get into the tournament,” Saints’ coach Andrew Martin said. “We’re going in with a little momentum having won the last couple of games.” 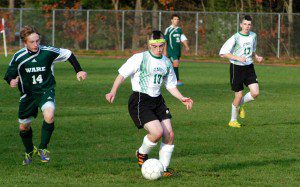