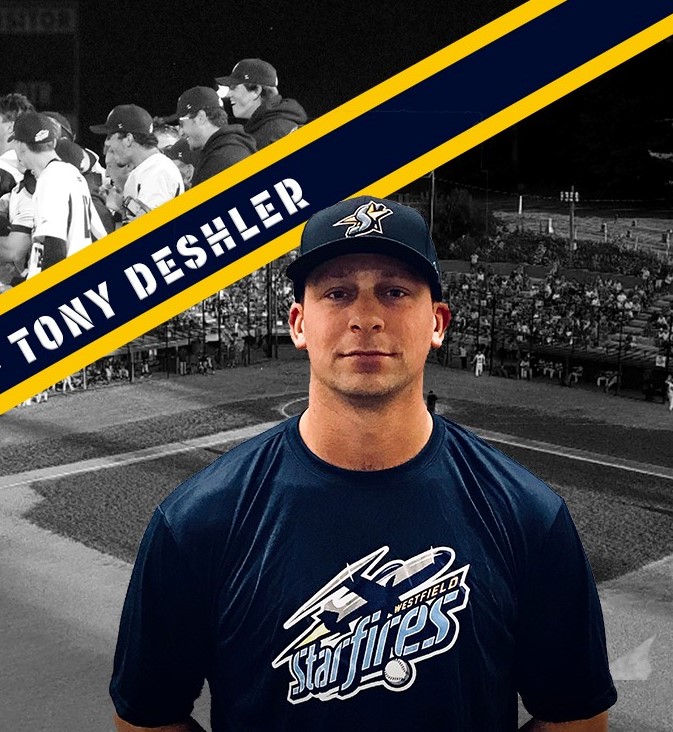 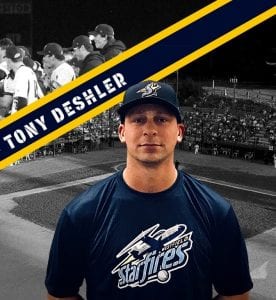 WESTFIELD – The Westfield Starfires season opener (May 27) is still nearly three months away, but the team is busy behind the scenes prepping for the 2020 season.
The coaching staff will undergo a face change as the Starfires have named Bates College assistant Tony Deshler as the head coach/field manager.
Deshler is entering his fourth season as an assistant coach and recruiting coordinator for the Bates baseball program in 2020. In his three seasons with the Bobcats, they have reached the NESCAC championships every year. In 2019, Bates had its best NESCAC record in school history.
“Everything happening with this young organization is very exciting and the sky is the limit for this summer in Westfield,” said Deshler. “I look forward to diving headfirst into the position and bringing an aggressive style of play to Westfield. We have the pieces in place to compete at the top of the Futures League this summer and into the future. I can’t wait to call Bullens Field home for the summer of 2020.”
Deshler previously served as the assistant coach and recruiting coordinator at Elmira College from 2014-2016 where he earned his Master’s Degree in General Education. As the first assistant baseball coach in Elmira College’s history, Deshler organized and maintained a national recruiting database while also running the school’s first prospect and youth baseball camps.
“We are excited to have Tony leading our baseball team,” said Don Moorhouse, co-owner of the Starfires. “We have spent this offseason upgrading every aspect of our organization and he will be an integral part of our overall success.”
Deshler has extensive experience in collegiate summer baseball. For the past four summers, Deshler has served as the GM of the Murrells Inlet Longboards of the Beach Collegiate Baseball League. For the Longboards he recruited talent from all across the country and oversaw all baseball operations.
Prior to his time as a coach, Deshler was a four-year standout at Brandeis University where he played a variety of positions as a utility player. A two-year team captain, Deshler was a three-time All-UAA Conference Team honoree and was named the UAA Conference Rookie of the Year in 2008. Deshler exited Brandeis as the program’s second all-time leader in career hits with 207 and the program’s all-time leader in games played and started with 157.
NOTES: The Starfires recently announced the addition of two new players to its 2020 roster with the signing of Riley Bishop from Kennesaw State University and Robbie Holmes from Monmouth University.
Riley Bishop is a left-handed pitcher from Lawrenceville, GA who enters his first year at Division I Kennesaw State. The 6’ 4” LHP was considered one of the top lefties in the state during his senior year at Grayson High School.
Robbie Holmes comes to the Starfires from Division I Monmouth University where the New Jersey native will be entering his sophomore season. The 6-foot 6-inch outfielder/first baseman spent last summer in the Hamptons Collegiate Baseball League where he was named a Second Team All Star as a member of the Southampton Breakers.
For more information on the team, visit westfieldstarfires.com. – Courtesy of the Westfield Starfires