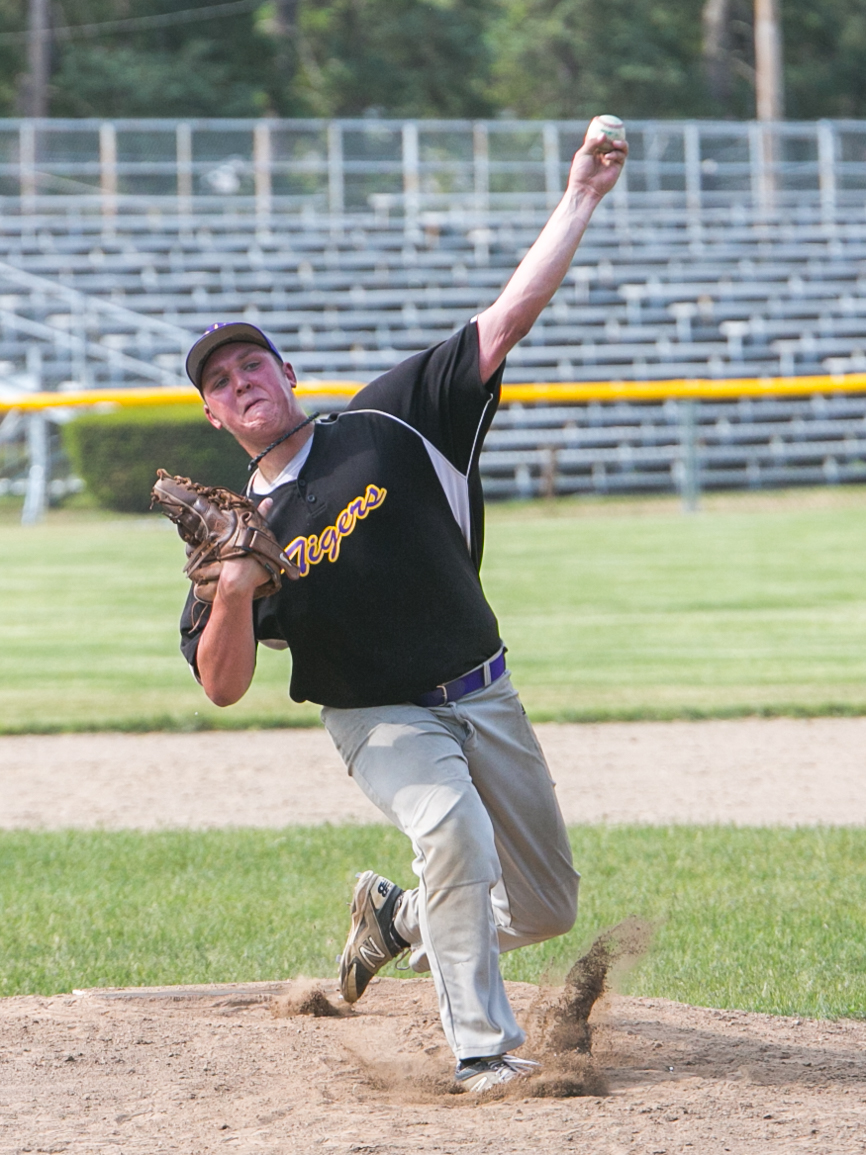 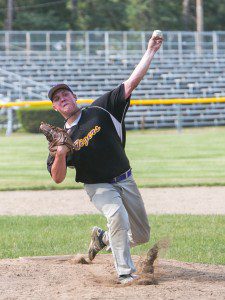 WESTFIELD – Westfield Voc Tech celebrated its two seniors Tuesday afternoon and earned its 10th win of the high school baseball season in a 12-3 romp of Springfield’s High School of Commerce at Bullens Field.
Jake Parsons pitched a complete game for the Tigers (10-7, 10-5 Tri-County), striking out nine batters and Connor Hebda scored a pair of late runs to help avenge a May 4 loss to the Red Raiders (8-12, 7-9 Tri-County) and end the day alone in fourth place in the division.
“I’m proud of our guys,” said Voc-Tech head coach Kyle Dulude. “We’re a much different team this year and have beaten a lot of quality teams and have some quality wins. It meant so much to us because it was our seniors’ last home game.
“Both Jake and Connor went through a roller coaster ride this season due to injuries and a four-game losing streak. (They) are two excellent student-athletes.”
After recovering from an elbow injury sustained earlier in the season, Parsons returned for his final start at home and earned the victory by scattering four hits across seven innings. The senior gave up a pair of earned runs while walking three Commerce batters in addition to the nine strikeouts.
“This was his last home game and I didn’t want to take the ball away from him at all,” said Dulude. “He’s been in the program for four years. He’s a great player and a better kid off the field. Jake’s one of those kids that loves baseball and has a great passion for it. He’s one of those guys (along with Hebda) that keeps the team chemistry together.” 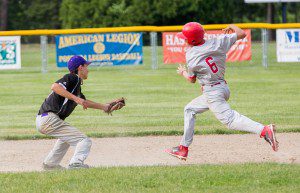 After playing three and a half innings of close baseball, the Tiger offense erupted in the fourth inning for four runs and three runs in each of the next two innings to pull away and extend their final margin to nine runs. Leadoff batter Nick Clegg finished the day with three runs batted in, opening the scoring with a two-run double in the third inning while driving in another in the sixth inning on a long triple.
The Tigers took advantage of four Commerce errors, including three in the sixth inning to break into double figures. In total, seven of the nine Voc Tech batters scored a run and the nine hits were spread out among seven batters.
“You got to give credit to the other team,” said Dulude. “The opponents made some good plays in the beginning of the game. I wasn’t sure what the outcome was going to be early. That’s part of competition -you want the other team to make plays. That’s what makes the game fun.”
The purple and gold will conclude their season on the road Wednesday afternoon, when they travel to Springfield to take on the Beavers of Putnam Vocational Technical Academy before the tournament begins next week.
“We’re going to play good teams, so it’s all about staying level-headed and making the plays, while expecting the other team to make plays,” said Dulude. “That’s the right way to play baseball. It’s entertaining to watch and I think that’s how it’s meant to be.”