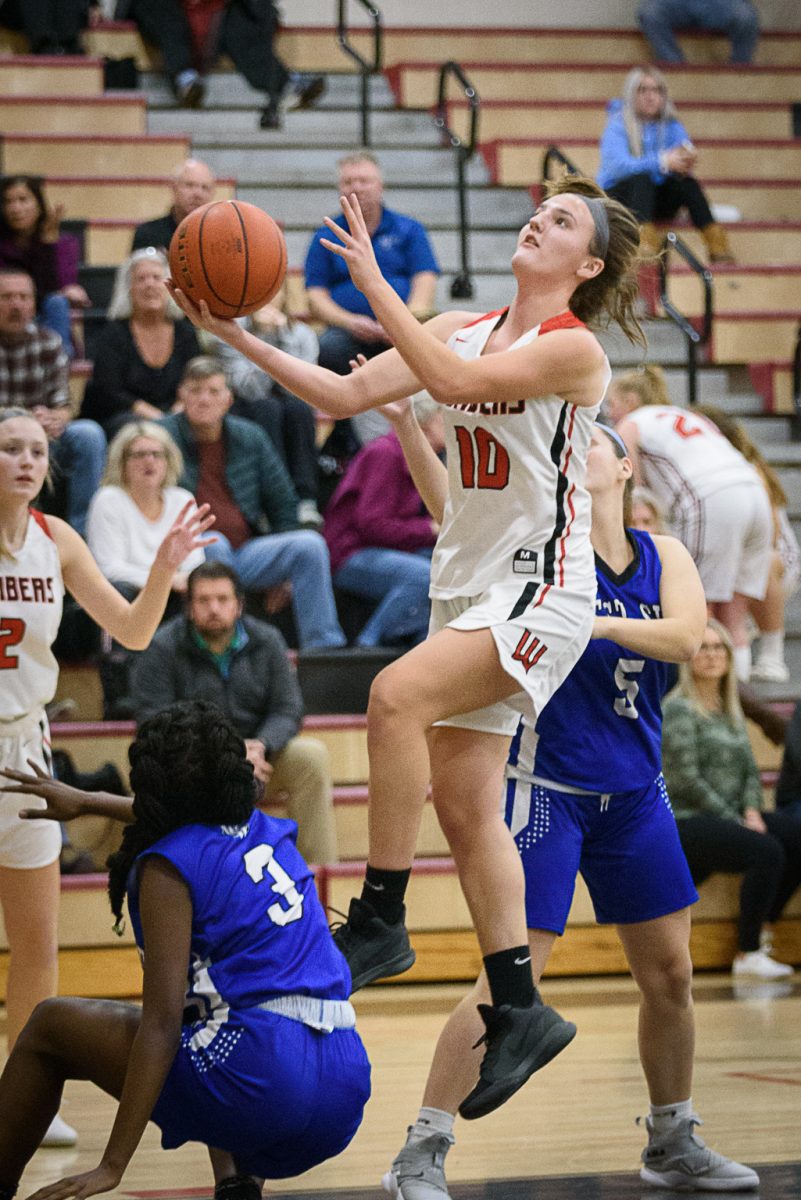 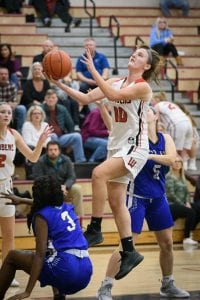 WESTFIELD – If anyone was concerned how the Westfield High School girls basketball team would react to another new coach, first-year head coach Dylan Willey and the Bombers are quickly putting those thoughts to rest.
Three players scored in double-digits and Westfield turned back the visiting West Springfield Terriers 54-40 Monday night.
Westfield’s Chandler Pedolzky scored a game-high 18 points. Bombers’ Olivia Hadla and Kaela Mochak finished with 13 and 11 points, respectively.
“We are taking care of business … and getting better day by day,” coach Willey said. “The girls are handling contact better and finishing around the rim.”
Only two points separated the two teams after the first quarter – Westfield (2-0) led 14-12 – but the Bombers went on an 18-6 second quarter run to take a 34-18 lead.
“We didn’t reach and kept everything in front of us, and rebounded the ball,” said coach Willey, noting his upperclassmen’s solid leadership through the season’s first two games. “It wasn’t pretty, but we grinded through it. Every time they clawed back up, we made a big play.”
Tacia Mazimpaka led West Springfield with nine points. Shannon Kosier and Hailey Peabody each had eight for the Terriers.