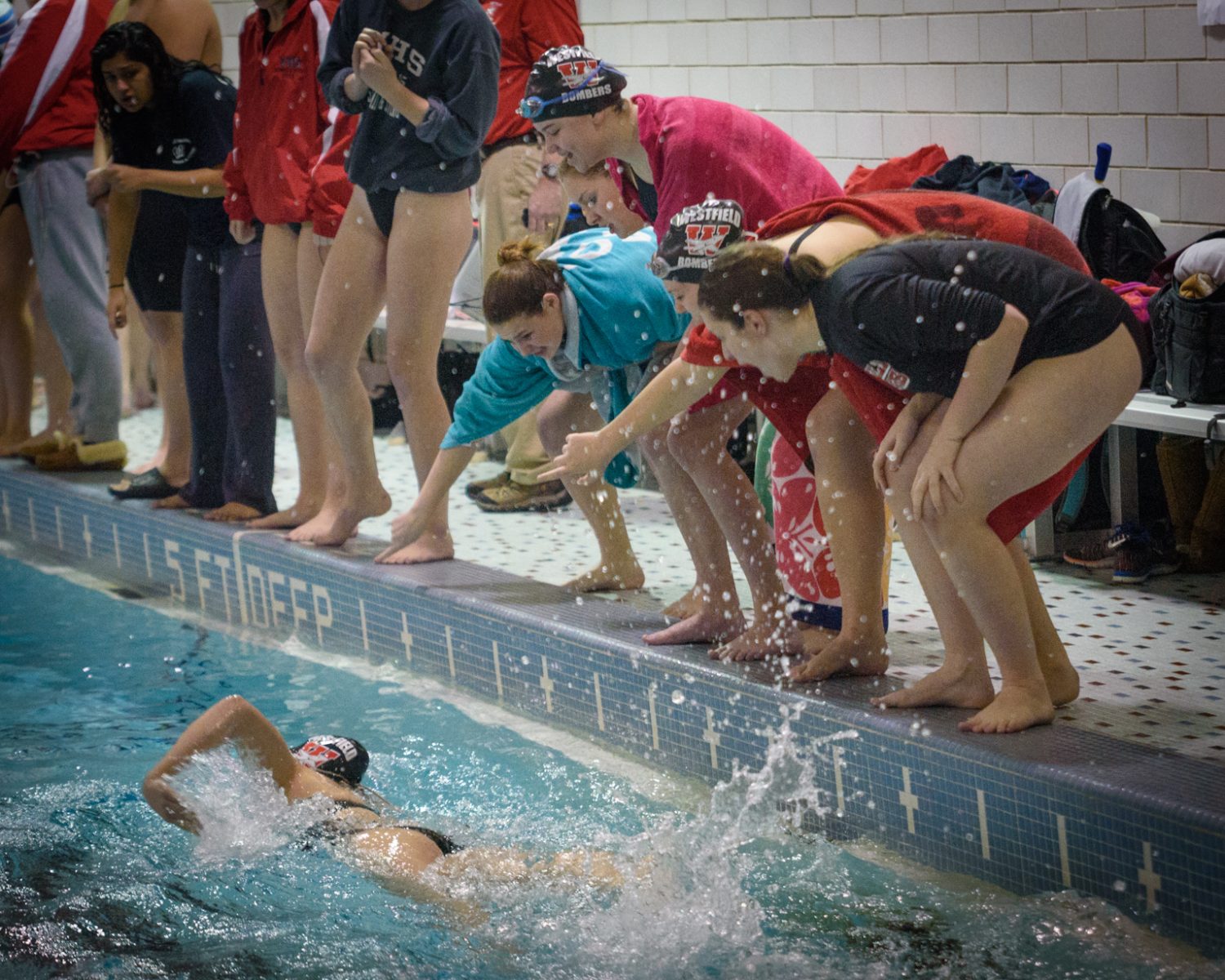 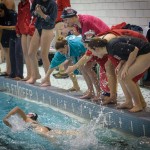 Swimmers for Westfield High School cheer on their teammates during a past swim meet. (MARC ST. ONGE/THE WESTFIELD NEWS)

WESTFIELD – The school district is planning to go back out to bid for repairs to the pool at the Westfield High School after bids received at the end of June came in well over the budgeted $1 million.

On June 21, the School Committee voted to approve transfers of $650,000 from funds remaining in 20 different personnel accounts due to unpaid leave, late hires and unfilled positions, to pay for repairs to the pool. An additional transfer of up to $350,000 from personnel accounts to the WHS land and building capital project account was also approved. Business manager Shannon Barry said the approvals would give her the ability to transfer anything left over to that line item if needed.

Barry said at the meeting that the bids had been received to repair the pool, but couldn’t be opened until June 28. She said the district had received prior estimates of up to $1 million in repairs on the high end, but they wouldn’t know the actual prices that were bid until opening them.

Asked if she was confident the bid results wouldn’t go above the $350,000 in additional funds over the $650,000, Barry said she was, because they could make choices on accepting all of a contract or portions of it.

However, when the bids were opened, they came in much higher than expected, said Superintendent Stefan Czaporowski this week. He said they believed there was an error made in the bidding documents, and the district was reviewing them before going back out to bid.

“We have to figure out why it was so much more,” Czaporowski said, adding that they had hired a company to develop the bid for them, but it still came in $600,000 to $700,000 more than expected.

Since no bid was accepted, the $1 million that the district had set aside for pool repairs went back into the city’s free cash. “We will have to ask the City Council to re-appropriate the funds,” Czaporowski said. He said originally they had hoped to have the pool repaired by the start of the swim team season on Nov. 29. The team has been using a pool at Westfield State University.

“We have to go back to the drawing board,” Czaporowski said. “We still hope to get it repaired.”

The pool at the high school is not only used by the swim team, but is a part of the physical education rotation at the school. Athletic Director Ryan Dunphy said swimming takes place during ninth grade classes as part of the curriculum.

“This is truly disappointing as we all hoped to get this project done for the swim season,” said City Council Finance committee chair and school liaison Ralph J. Figy. “If the money did go to free cash, I will do my best to get the appropriation passed by the Council when free cash is certified,” he said.