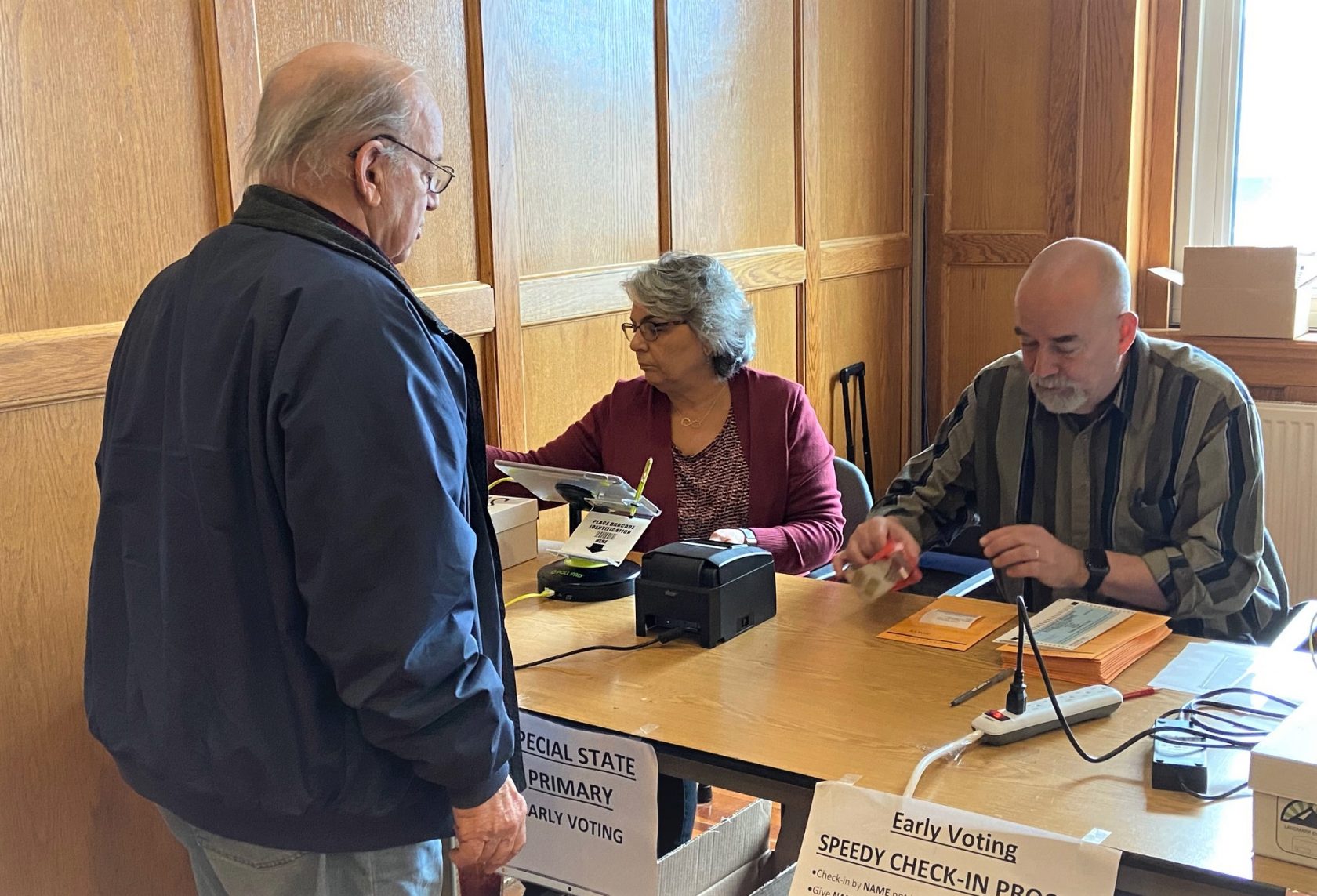 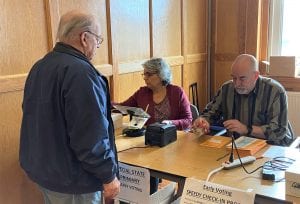 WESTFIELD – There are two ballots in the upcoming March 3 election; one for the presidential primary, and one for the special state Senate  primary for the 2nd Hampden and Hampshire district. Also listed on the Democratic and Republican presidential primary ballots are one woman and one man for state committee and ward candidates.
Kathryn Martin, chair of the Westfield Democratic Committee, said all 351 cities and towns are supposed to organize political parties to represent them. In Westfield, on the ward level, people may be elected from each of the six wards.
Members of ward and town committees represent their party at the local neighborhood level, promote the objectives of the party and work for the nomination and election of party candidates.
Each political party may elect a ward or town committee consisting of three to 35 members in each ward of a city and in each town for a four-year term.
Martin said on the Westfield Democratic presidential primary ballots there are three candidates for each of the six wards. Between the wards, the ballots won’t be identical, as people vote for the candidates in their own wards.
Dan Allie, Westfield Republican Committee chair, said only three wards have candidates on the Republican ballots this year.
While there are presidential primary ballots and candidates for the Green/Rainbow and Libertarian parties this year, there are no state committee or ward representatives listed, although candidates may be written in, according to City Clerk Karen M. Fanion’s office.
Following the election, all the different ward candidates get together by party in March and vote on a chair, secretary and treasurer for the city. A city committee is not separately elected but is composed of the several ward candidates. “It only exists on paper,” Allie said.
Martin, Ward 4 representative, has served as chair of the Westfield Democratic Committee for four years, and Allie, Ward 2 representative, as chair of the Westfield Republican Committee for eight years.
Martin said ward elections only come up every four years, “but no one ever seems aware of it.” She said in Westfield, which is relatively small, there are no ward meetings, but in large cities in the eastern part of the Commonwealth, ward elections can be competitive.
Martin said anyone interested in voting in the presidential convention normally starts on a ward level, then moves on to the state level. “People may go to the presidential convention as a guest but won’t be able to vote,” she said.
The Westfield Democratic Committee is also offering rides for early voting and on Election Day. Anyone needing a ride should call 413 568-2199.
Specimen ballots are available for review in the City Clerk’s office in City Hall, second floor, 59 Court St.