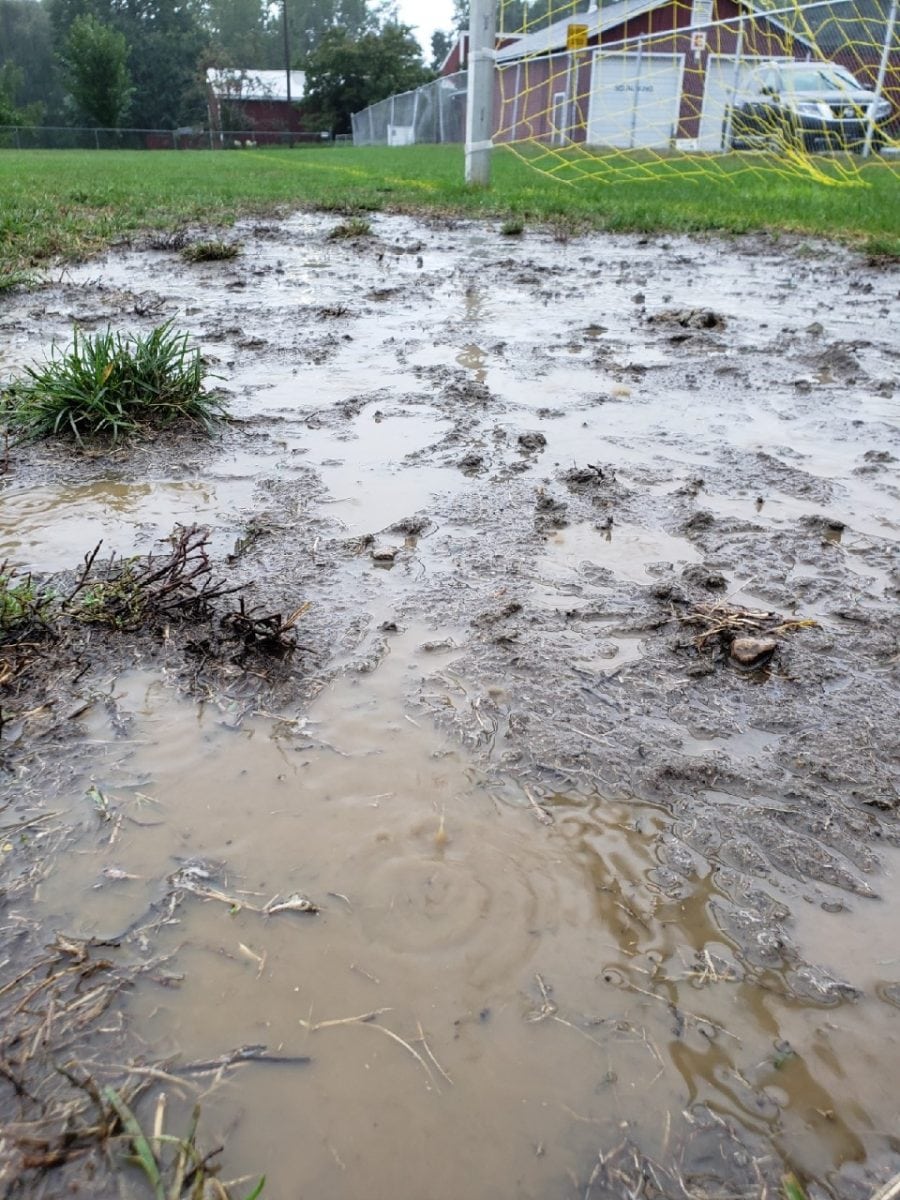 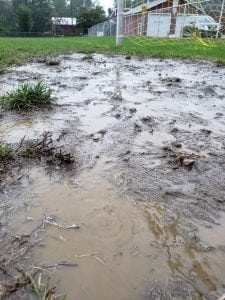 Parts of the field at Smith Vocational appear to look more like swamp lands after steady rains Monday, forcing the postponement of Westfield Tech-Smith Voke.

WESTFIELD – Although Hurricane Florence’s wrath may spare the northeast the brunt of the storm in the coming days, last week’s extreme heat and this week’s soaking rains have local high school sports teams’ and athletic directors’ heads spinning.
The Westfield Technical Academy High School boys soccer team traveled to Smith Vocational only to have the game postponed Monday after heavy rains and pooling water combined to create dangerous playing conditions.
The Southwick-Pope Francis boys soccer contest was also postponed.
In the first five days or so of the fall season, more games (save for volleyball) have been postponed than have been played between Westfield, Westfield Tech, St. Mary’s, Southwick, and Gateway high schools combined. 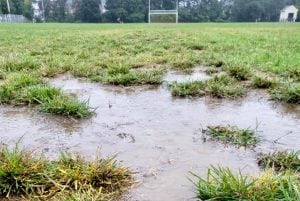 Water pools up at the Westfield Tech-Smith Voke boys soccer game, forcing yet another postponement in a young season already littered with more than a dozen of them in our coverage area.