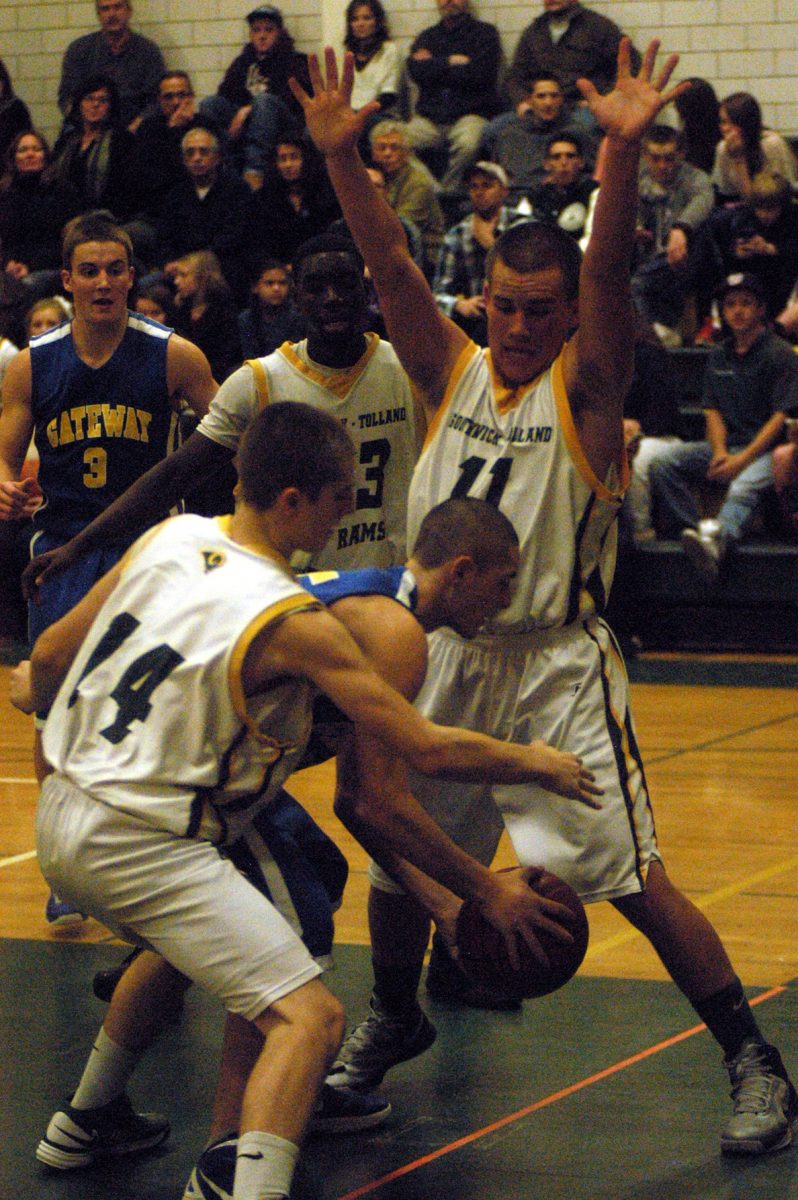 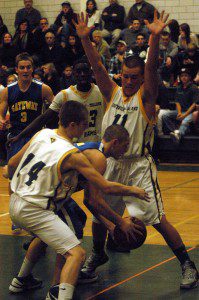 SOUTHWICK – Four players scored in double-digits to help Southwick-Tolland escape with a 57-56 victory in a boys’ basketball game as all that and more was needed to hold off visiting Gateway on Friday night.
Vinny Fortini (14 points), Laurence Johnson (13), Matt Olson (11), and Dylan Grunwald (10) led Southwick’s offensive attack in a game which ultimately proved every point matters.
Johnson made a key 3-point basket with just over a minute remaining in the fourth quarter to give Southwick a 57-52 lead, but Calvin Dowers – who along with his brother, Curtis, combined for 36 of Gateway’s total output – stole the ball and laid it in to pull the Gators within three as the clock dipped under a minute.
Gateway stole the ball again with less than 30 seconds left, but turned it over on their offensive possession, and were forced to foul. Southwick missed the front end of a one-and-one, and the Gators (1-9) pushed the ball up the floor, scoring with two-tenths of a second left.
Southwick’s ensuing inbounds passed was deflected into the stands, and the final second ticked away. The Rams survived to improve to 5-3.
Curtis Dowers finished with a game-high 20 points, and Calvin had 16.

Pathfinder 69, Westfield Voc-Tech 49
Pathfinder outscored Voc-Tech 45-22 in the second half to pull away. The Tigers led 27-24 at the half.
“We definitely played hard; we definitely put in a good effort,” Voc-Tech coach Kyle Dulude said. “We just have to work on a few things like turnovers and giving up the easy baskets.”