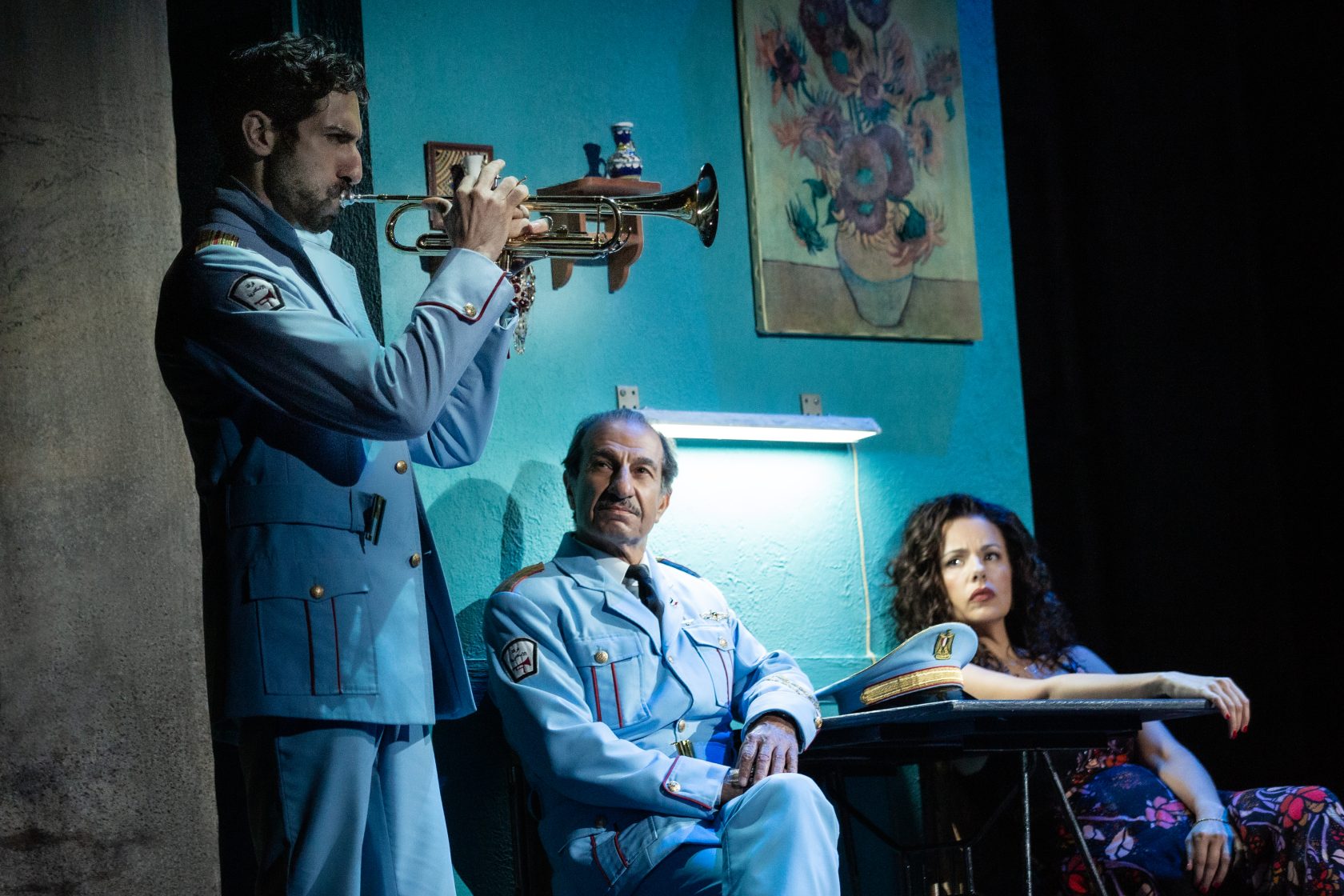 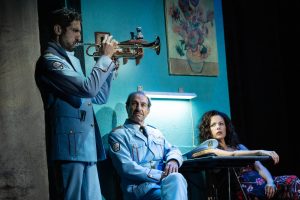 Joe Joseph, Sasson Gabey and Janet Dacal in “The Band’s Visit” at The Bushnell. (SUBMITTED/EVAN ZIMMERMAN/MURPHY MADE)

HARTFORD — The Tony Award-winning musical “The Band’s Visit,” has finally made its way to The Bushnell. The national tour of the 2018 Broadway hit was paused during the pandemic, and is now back on the road. The musical, with book by Itamar Moses and score by David Yazbek, both Tony winners for their work, takes place one night in a small, off-the-beaten-track Israeli village in the Negev desert, when a lost group of Egyptian musicians find themselves in the middle of nowhere. But their unexpected visit is full of tantalizing surprises, and a joyous evening of musical theater. 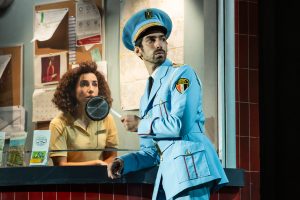 Layan Elwazani and Joe Joseph in a scene from “The Band’s Visit.” (SUBMITTED/EVAN ZIMMERMAN/MURPHY MADE)

The story of “The Band’s Visit” has its charms, and Moses adapted it from the critically acclaimed 2007 film. David Yazbeck infuses the musical with some beautiful music, fragrant with the nuances and rhythms of the songs heard on the streets from Jerusalem to Beirut to Amman, tinged with Klezmer and jazz. “Welcome to Nowhere” introduces the show with a taste of desert rhythm. “Haled’s Song About Love” would be at home in any jazz club. Joe Joseph as Haled sings with warm smoothness. And the finale of “The Band’s Visit,” the band’s performance, is great. A running gag, a guy standing by a pay phone, waiting for a call that never comes, turns into one of the show’s highlights, “Answer Me,” beautifully rendered by Joshua Grosso.

David Cromer’s staging brings out the many wonderful nuances of “The Band’s Visit,” and the sets, costumes, lighting and sound are as polished as one might have experienced seeing the show on Broadway. Janet Dacal (who was fantastic in Goodspeed’s “Bye Bye Birdie”) and Sasson Gabay, an Israeli actor who starred in the original film, are terrific. 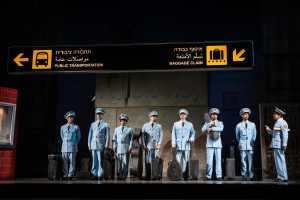 There’s no glitter and glitz in “The Band’s Visit,” just an appealing story with immense charms, a message about finding commonality between different languages and cultures (music), and a brilliant score that evokes all the right moves. “The Band’s Visit” runs through Sunday at The Bushnell in Hartford. For tickets: www.bushnell.org.