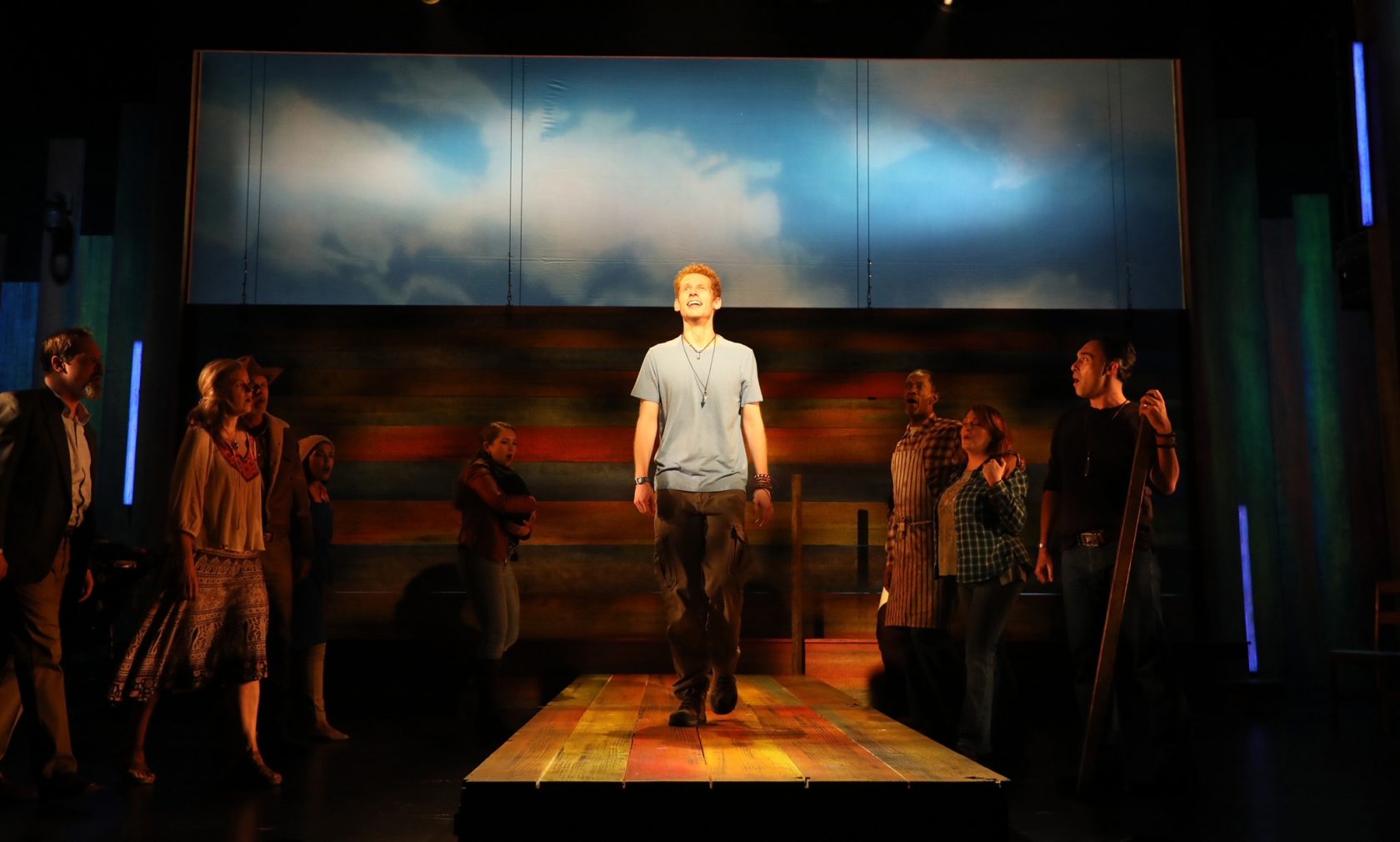 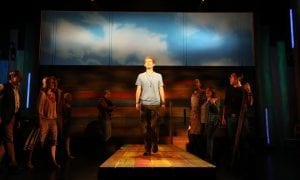 “Passing Through” is
Goodspeed Musicals’ online offering through April 4.

EAST HADDAM, CONN. – Goodspeed Musicals has launched a new online series with its filmed-in-live performance production of “Passing Through,” a 2019 musical passing through Connecticut on its hope for a bigger and brighter future. (and it definitely has one). A well-rendered musical adaptation of “Walking to Listen,” Andrew Forsthoefel memoir, it’s an affecting study of a young college grad with no specific game plan, who decides to find himself and his future by walking from Philadelphia to California, listening to people along the way, and coming to terms with his parents’ painful break-up. And, it has a melodic score, simple, yet effective staging and some wonderful performances, particularly Max Chernin as Andrew and Jennifer Leigh Warren as a wise centenarian.

Musical theatre lovers head downstream every year to Goodspeed Musicals, on the shores of The Connecticut River in East Haddam, Conn. The theatre has won two Tony Awards for producing over 250 musicals, including 70 world premieres, and exported 21 productions to Broadway, including “Man of La Mancha,” “Shenandoah,” “Annie,” and Irving Berlin’s “Holiday Inn.” Goodspeed has also developed new musicals. The recent Broadway hit “Come From Away,” spent time at Goodspeed in development. 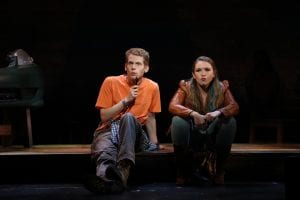 Brent Ryback has provided a fine musical score, hummable tunes with a country twang, and Eric Ulloa has adapted Forstrhoefel’s memoir into a taut show, well-staged by Igor Goldin. This show was filmed on the Terris Theatre stage, and sets, costumes, and lights are all fine. Music director Matthew R.  Meckes and his quintet make the musical score stand out.

Jennifer Leigh Warren turns a song “Keep on Walking”, the show’s anthem, into a showstopper. Max Chernin, as Andrew, is stellar, and his duet with Celeste Rose as Karie, a girl he meets in the Deep South who follows and finds him in the desert, “Stranger on The Side of The Road” is. The ensemble of actors, many playing multiple roles, are all fine, especially Garrett Long and Jim Stanek as Andrew’s parents. 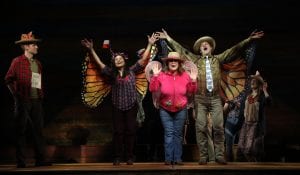 “Passing Through” has such potential for a future on Broadway and in regional theatres. Pandemic aside, Goodspeed on Demand offers musical theatre lovers who couldn’t get to Goodspeed, or who have never experienced Goodspeed’s gift for musicals, a treat.

And, it makes me long for live theatre in my near future, with a walk along the shores of The Connecticut River before the curtain. You can stream Passing Through on demand until April 4.

Goodspeed Musicals presents “Passing Through.” Music and Lyrics by Brett Ryback. Book by Eric Ulloa, based on the memoir “Walking to Listen” by Andrew Forsthoefel. Directed by Igor Goldin. Choreographed by Marcos Santana. Music Direction by Matthew R.  Meckes. Scenic Design by Adam Koch. Costume Design by Tracy Christensen. Lighting Design by Cory Pattak. Sound Design by Jay Hilton. An archive video streaming of a production, staged at Goodspeed Musicals in summer, 2019. Available for streaming by Goodspeed On Demand through April 4. For details: www.goodspeed.org.