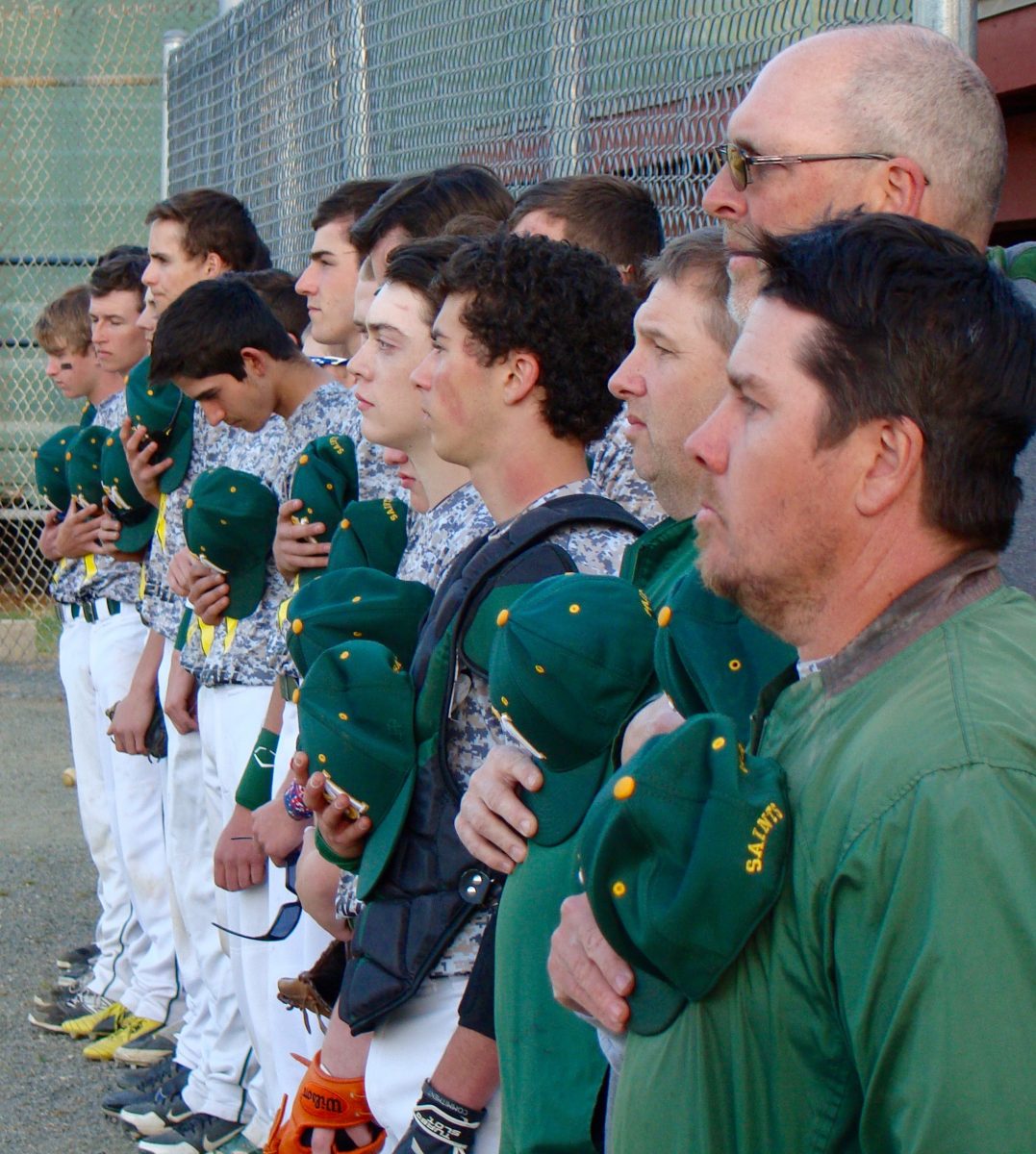 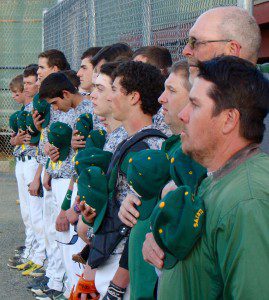 WESTFIELD – Although the final score was not indicative of the St. Mary Saints’ true spirit, Wednesday night’s baseball game against Granby was a success for another reason.
St. Mary fell to Granby 17-0 in a charity baseball game at Bullens Field. The opposition jumped out to a 5-0 first-inning lead, and never looked back.
There was much more at stake than just a box score.
The Saints raised more than $4,000 from donations and T-shirt sales for the Wounded Warrior Project. 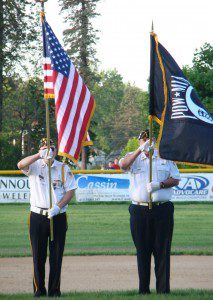 The Saints, who donned camoflouged uniforms to show their support, have been strong supporters of the Boston Strong Foundation and breast cancer awareness.

Parsons, Tigers win thriller
Westfield Voc-Tech 5, McCann Tech 4
Westfield Voc-Tech made another step toward the postseason with a key win over a quality opponent Wednesday. The Tigers knocked off McCann, who entered the game with an 11-1 record and first place standing in the Tri-County League, at Bullens Field.
“I am very pleased with our play of late,” Voc-Tech coach Kyle Dulude said. “Hopefully we can keep coming together as a team and keep learning to trust each other.”
The Tigers must win two of their next four games to ensure a postseason victory.
Voc-Tech received seven solid innings on the mound from senior Jake Parsons Wednesday. Parsons helped himself at the plate, going 2-for-3 with a double, two runs, and two RBIs.
The Tigers’ pitcher was not alone in his efforts.
Andrew Daniels made two great catches in left field, including two running grabs in the seventh to help preserve the victory. Mike Clegg made a sliding catch in right field for the first out in the top of inning.
Voc-Tech’s Nick Clegg made six putouts at shortstop. Chris Boyden (2-for-3, 2 RBIs) and Nate Boulay (RBI) contributed at the plate for the Tigers.
McCann Tech jumped out to an early 2-0 lead in the first inning, but after a Tyler French walk and Parsons double in the bottom half of the inning, Boulay and Boyden hit consecutive run-scoring singles – the latter driving in two runs – to put Voc-Tech in front 3-2.
The opposing pitchers settled down over the next three scoreless innings.
Voc-Tech manufactured two insurance runs in the fifth. Those runs proved to be very important as McCann scored a pair in the top of the sixth, and had runners at second and third. Those base runners were stranded though as Parsons struck out the number two batter to end the threat.
In the seventh, the Tigers defense held strong.
Voc-Tech improved to 7-6 overall, 7-4 Tri-County League. 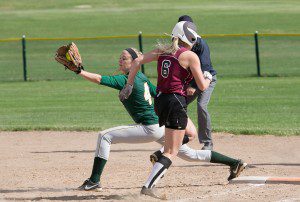 Morgan Harriman (4) makes the stretch to retire the runner for Southwick Wednesday. (Photo by Liam Sheehan)

SOFTBALL
Rams survive
Southwick 4, Easthampton 3
Sam Burzynski went 3-for-3 with a double and an RBI, Jenn Yelin was 2-for-3 with an RBI, and Sydney Rogers (run, RBI) and Alyssa Kelleher (RBI) had one hit apiece for Southwick.
Rams’ pitcher Emily Lachtara scattered three hits, two walks, and struck out 10.