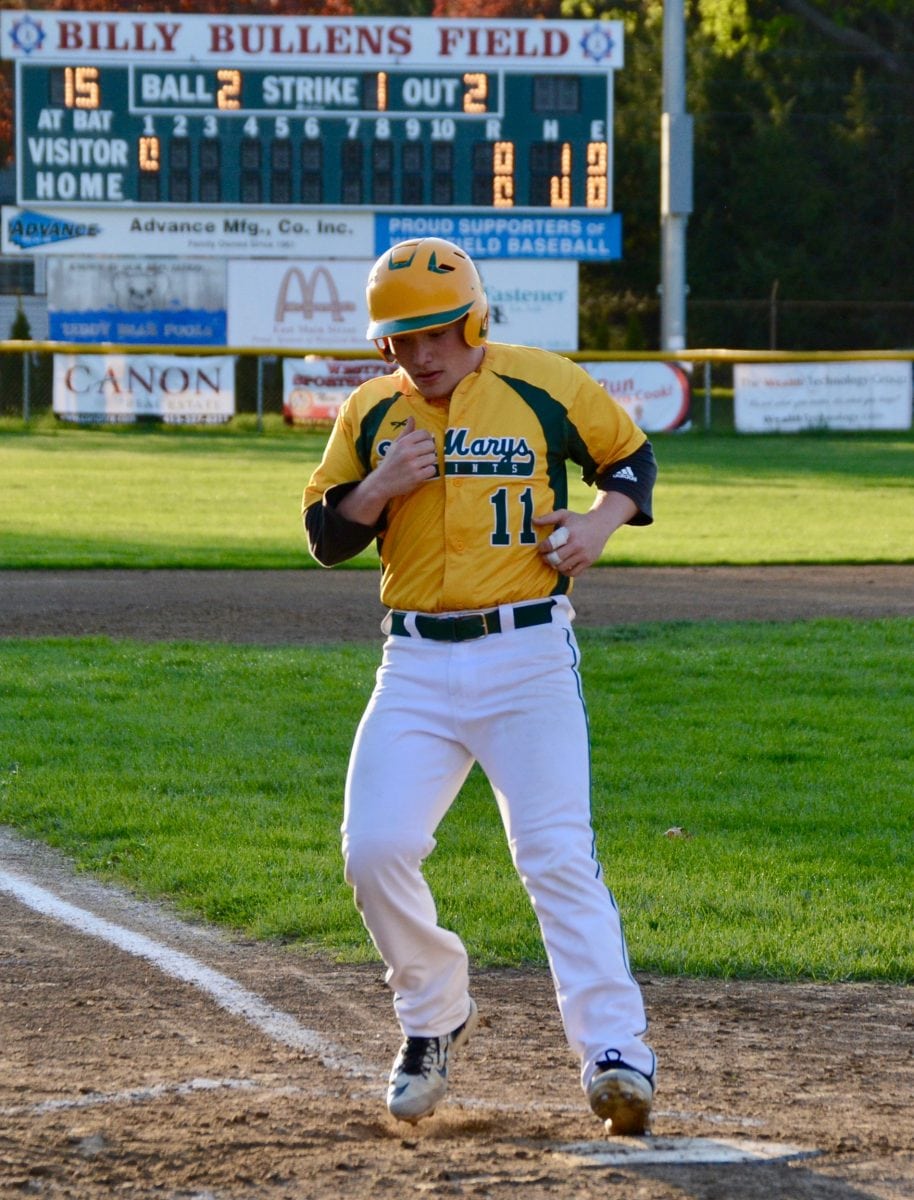 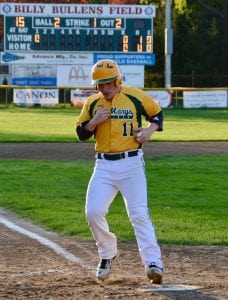 WESTFIELD – At first glance, Wednesday’s baseball matchup between the St. Mary’s and Westfield Technical Academy baseball teams appeared to be a matchup of epic proportions.
The defending Division 1 state champion St. Mary’s Saints handed Southwick its only loss of the season thus far. The Westfield Tech Tigers recently enjoyed a key road win over the Belchertown Orioles.
Players for both teams are also no stranger to each other having played on many of the same youth All-Star teams throughout the years.
The hype quickly faded though as St. Mary’s deflated Westfield Tech’s hopes with a humbling 23-3 win at Bullens Field.
St. Mary’s senior Jake Butler, who this past winter scored his 1,000th point for the Saints’ boys basketball team, proved himself worthy of the bat, going 4-for-6 with four runs and five RBIs.
He was not alone.
Hunter Authier (4-for-5, 2 doubles, 4 RBIs), Quinn Powers (3-for-5, 2 doubles), Kevin Rockwal (2-for-3), and Aiden Burke (2-for-3, 3 runs) contributed as well offensively.
Powers also provided two innings of one-hit relief. He struck out four.
Connor Medieros led Westfield Tech (5-5) with a 2-for-3 outing and an RBI. Tigers’ Derien Wilson-Grant doubled and stole a base.