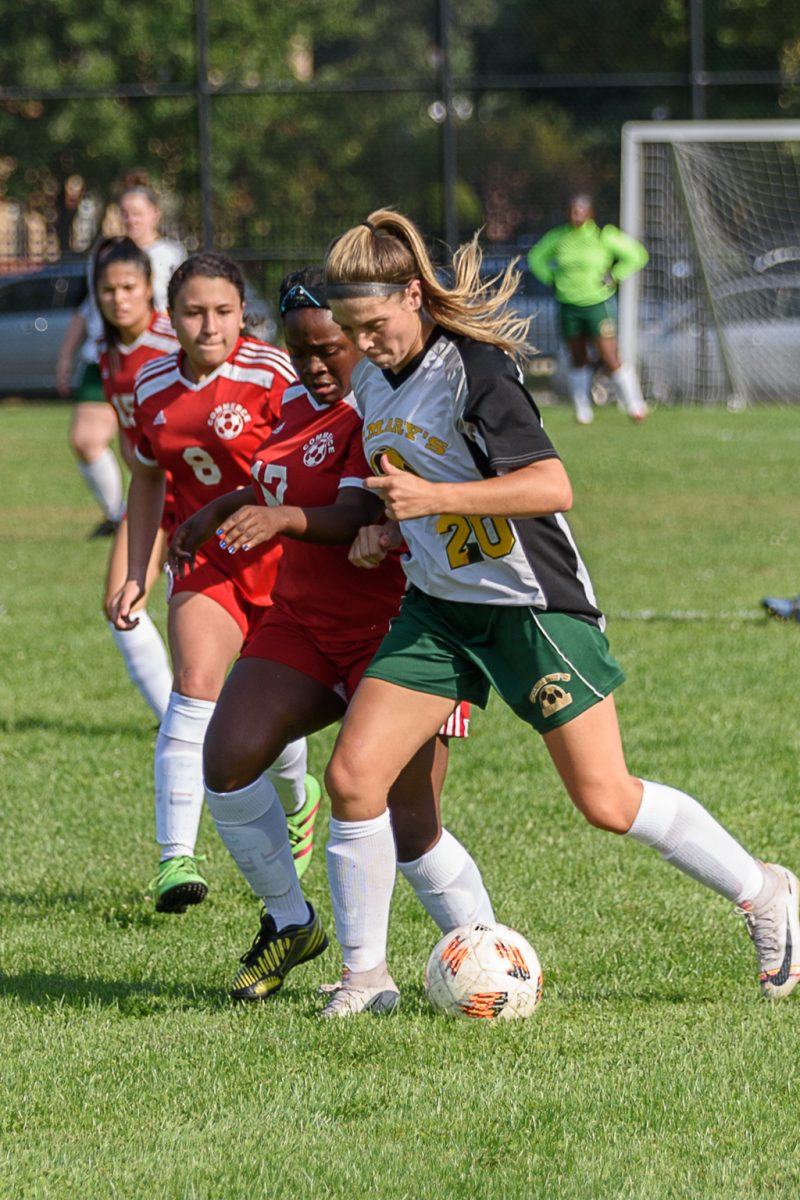 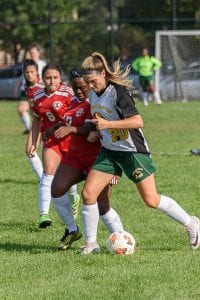 SPRINGFIELD – The Saints are on the rise.
The St. Mary Saints took a home a victory Wednesday afternoon in Springfield, defeating the Commerce Red Raiders, 7-1.
Allie Goodreau had a hand in five of St. Mary’s seven goals. Goodreau scored a hat trick (3 goals) and had two assists.
Emma Goodreau continued to shine for St. Mary’s, also recording a hat trick of her own. Saints’ Amelia Willenborg stepped out of the net for the day to put home a goal.
Macy Woodger had two assists. Chloe Lussier, Maura O’Neill and Erin Olearcek each had one.
“Despite the very warm conditions and mounting injuries,” said St. Mary’s girls soccer coach Pat Olearcek, “we found the back of the net early and often, and continued to apply pressure through with 29 shots.”
St. Mary’s improved to 2-0-1.

GOLF
Southwick 19.5, Chicopee Comp 4.5
Matthew Garrity shot an even-par 36 at Edgewood Golf Course in a convincing victory for Southwick. Rams’ Jesse Johnson finished with a 39.
Garrity shot a match-best 37 Tuesday in his team’s 17.5-6.5 loss to Frontier.