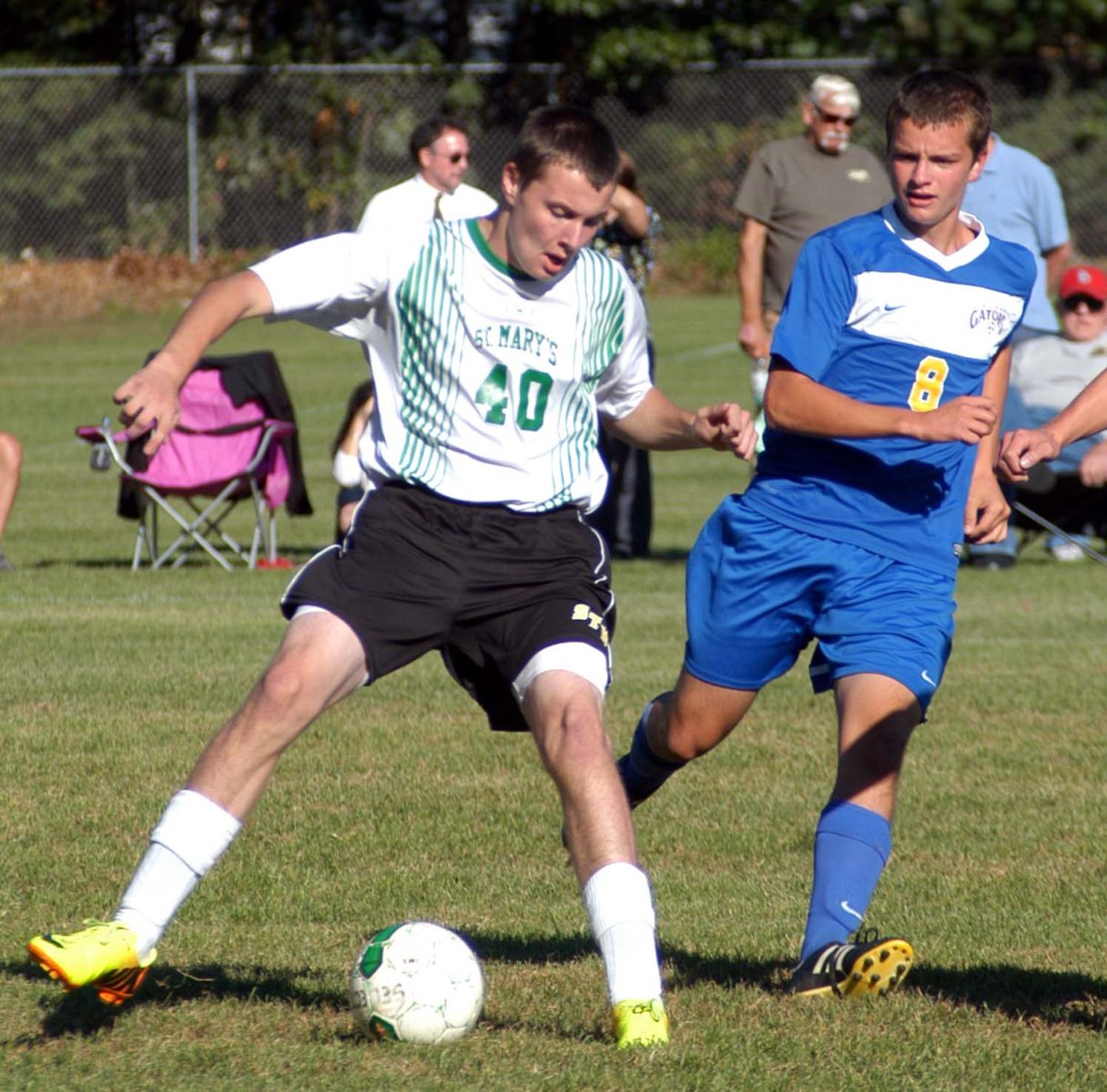 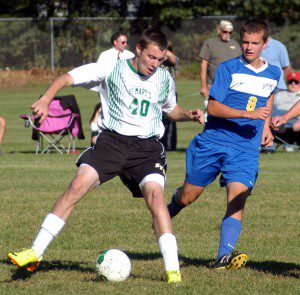 St. Mary’s Colin Blake makes a play against Gateway during the 2013 regular season. Blake made several big plays in net for the Saints Friday to preserve a scoreless tie. (Photo by Chris Putz)

WESTFIELD – St. Mary goalie Colin Blake made 17 saves to earn a shutout in Friday’s 0-0 tie against Holyoke Catholic. Gaels’ keeper Tom Heavren finished with 25 saves.
“It was a good evenly played game,” St. Mary coach Andrew Martin said. “We just couldn’t finish and couldn’t find the back of the net. It seemed like every time we had an opportunity, their goalie was there or we shot it or crossed it right at him.”
For the Saints (6-4-1), it meant one point closer to earning a tournament berth. Teams must possess a record of .500 or better, or finish first or second in their respective leagues to qualify for the postseason.
“It was a good tie if there ever is such a thing,” Martin said.

Visconti’s late goal lifts WHS
Westfield 2, Holyoke 1
Matt Butera notched the equalizer in the first half, and Mike Visconti scored the game-winner with 1:20 remaining in regulation as Westfield rallied past Holyoke Friday.
“Mentally we weren’t there, but a win is a win at this point in the season,” said Bombers coach Andrew Joseph, noting the distractions of Ludlow’s forfeiture of 11 games and Westfield’s trip to watch the United States National team play Ecuador Friday night. “We’ll take the two points.”
Westfield improved to 5-4-4.

GOLF RESULTS
Bombers in tune for WMASS
Westfield senior Sebastian Soendergaard shot a 4-over 75, tying for fourth in the PVIACs. Senior Dan Hickson was solid for the Bombers, finishing with a 76.
Westfield, at 13-2, will wrap up the regular season at home against Chicopee Comp Tuesday and at Ludlow Wednesday before next Monday’s Western Massachusetts championship round.