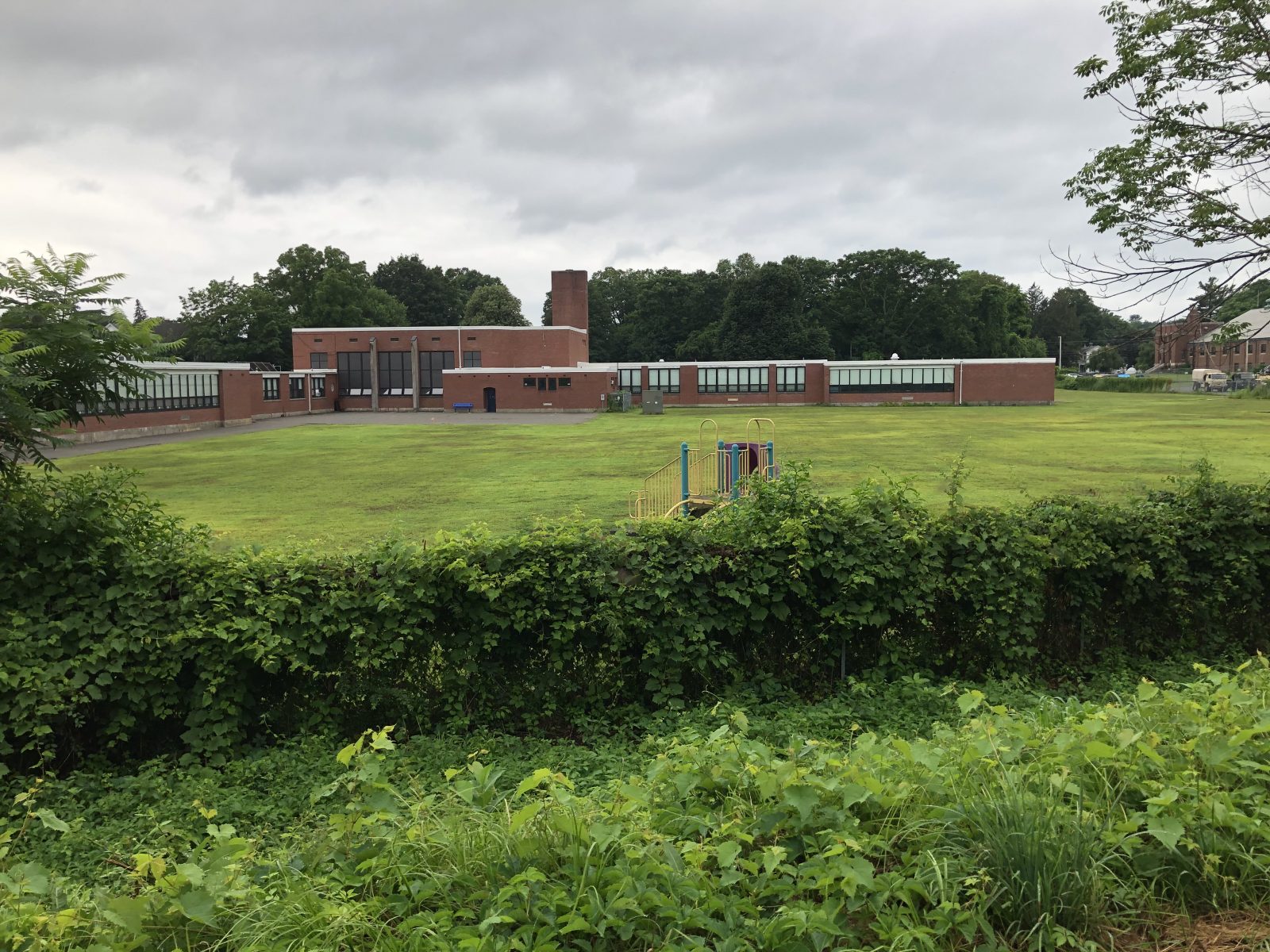 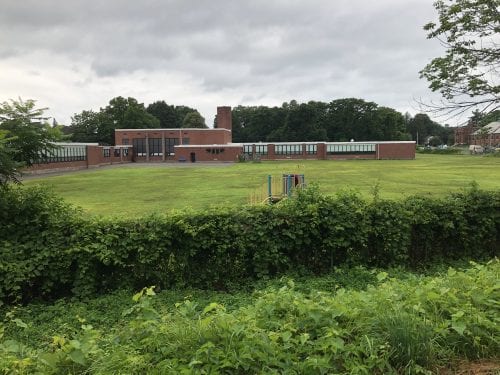 The multi-use trail runs behind Franklin Avenue Elementary School, which is slated for a building project. (AMY PORTER/THE WESTFIELD NEWS)

Ruoff said the project has to meet the state energy codes, which have become more stringent. He said at a minimum, the school has to meet the Leadership in Energy and Environmental Design for Schools (LEEDS) certified version 4 program, or the Collaborative for High Performance Schools (CHPS) verified level, which are both baseline, and exceed the new energy code by a minimum of 10 percent.

The MSBA will pay for the commissioning agent on the project, Ruoff said, adding that the certifications increase energy and water efficiency and air quality in the building. He said at a baseline, the envelope of the building has to perform to the minimum energy standards and additional energy conservation measures (ECM) will be defined and considered as appropriate.

Ruoff said they would also meet with the Municipal Light Board to identify opportunities for the project.

Newkirk, who said he would be the project manager for the new building, showed a brief presentation on the LEEDS and CHPS programs, and said the committee would have to choose between the two.

He said LEEDS is a well established rating system with a streamlined process that is continually improving. He said it rewards urban-based projects, and is more focused on construction measures, not how the building performs.

CHPS was developed by regional stakeholders, mirroring climate and educational priorities for the region. He said a lot of issues important to schools are emphasized, and operations are a big focus. CHPS also requires the commission to be complete before the final review, the documentation is labor intensive, and can delay MSBA reimbursement.

Newkirk said they have had success with both, although LEEDs tends to be the one most communities go with because of the streamlined certification, and getting a check as soon as possible.

Dan Pallotta, owner’s projet manager for the project, said they will probably go with LEEDS, because it would serve them better getting to the baseline. He said public transportation and some other social points would help Westfield, which is more urban than rural.

Newkirk said low-energy building is a trend in new schools in Massachusetts, and a lot of schools are moving away from onsite fossil fuel consumption to all electric. He said the benefit is as the grid cleans, the carbon impact is limited. “We’re already seeing a lower carbon intensity for all electric buildings,” he said.

Newkirk said the first step is reducing energy demand, and looking for opportunities to harvest site energy, such as passive solar and daylight. He said the strategy will be to maximize the efficiency of all equipment and design, including low lighting power density, increasing insulation, electric heating and cooling strategies, low flow plumbing fixtures, and understanding the synergy between design strategies. He also recommended making the building photovoltaic ready.

Ruoff said they would need a decision on LEEDS versus CHPS by mid-March. “We look forward to continuing this process with this community,” he said.

Superintendent Stefan Czaporowski said at this point there are three meetings booked.

On March 8, 6 to 8 p.m. will be a special school committee meeting on the Franklin Avenue MSBA project. He said the City Council has been invited to join that meeting by zoom.

On March 25, 6 to 8 p.m., will be a presentation to the Franklin Avenue and Abner Gibbs communities, families and staff.

On April 29, 6 to 8 p.m. will be a presentation for the community in general, which will also be broadcast that morning on the Superintendent’s Spotlight from 8 to 10 a.m. All of the meetings will be broadcast on Westfield community television.

Committee member Ralph J. Figy said there has been increased interest on the part of the Westfield City Council, and he will encourage councilors to attend on March 8.

Pallotta said he and members of the school administration team will also be touring a similar new school project in Hanover on March 10.