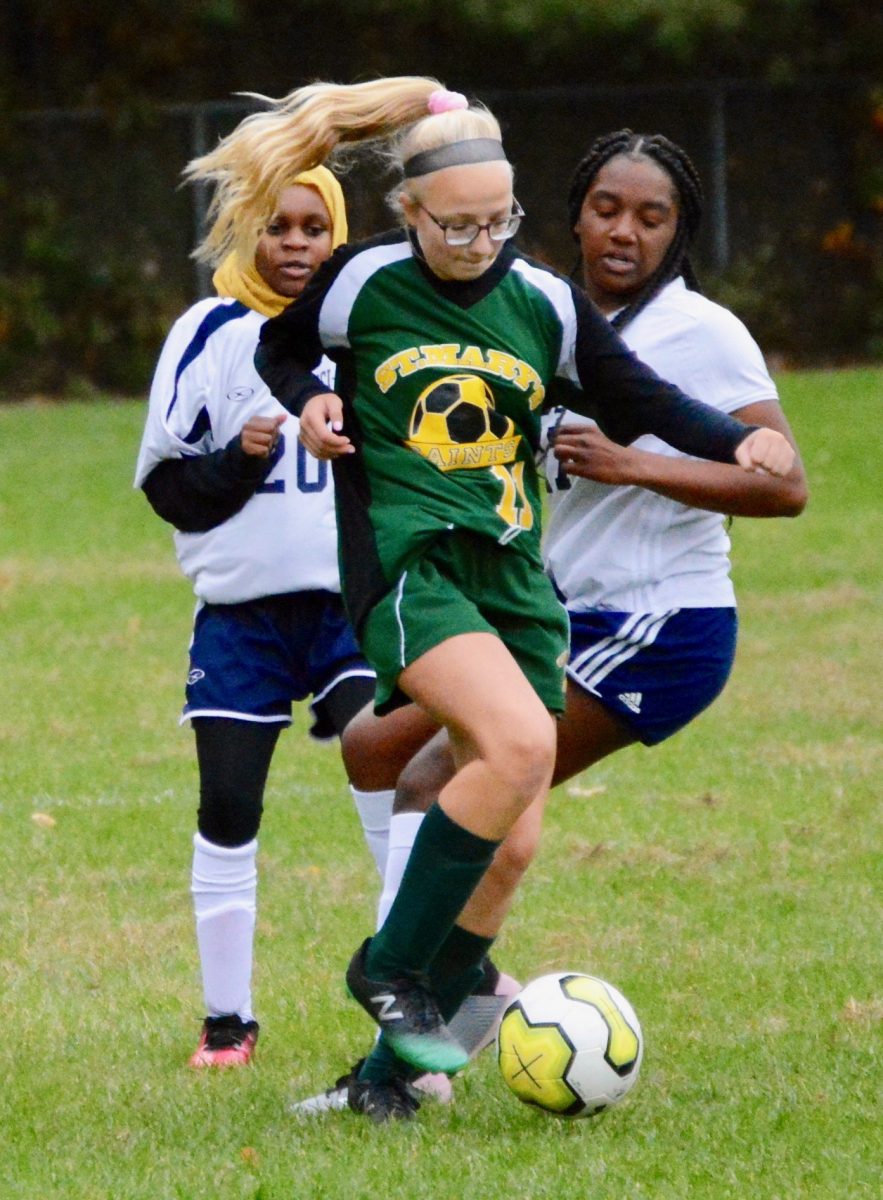 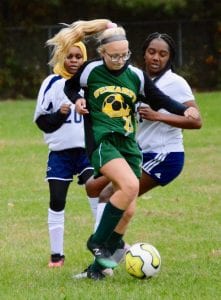 WESTFIELD – The little engine that could continues to chug along …
Despite being shorthanded, the St. Mary’s High School girls soccer team silenced the Sci-Tech Cybercats 4-0 Wednesday at Westfield Intermediate School.
Emma Goodreau lifted the Saints, recording a hat trick. Goodreau tallied the game’s first goal early in the first half on a penalty kick and her team cruised from there.
Amelia Willenborg had a hand in three scores, scoring one goal and assisting on two others. Emma Bialas also had an assist.
“We really gave everything we had out there today,” said St. Mary’s girls soccer head coach Patrick Olearcek, whose team was playing without five starters. “Everyone stepped up and contributed.”
Erin Olearcek, Paighton Ramos and Caroline Leahy were instrumental in helping orchestrate the team’s latest victory.
“They were playing new spots today and did a wonderful job adapting to new roles,” coach Olearcek said of the Saints’ trio.
St. Mary’s Jess Crosby earned a shutout in net, improving the Saints’ record to 10-1-2.