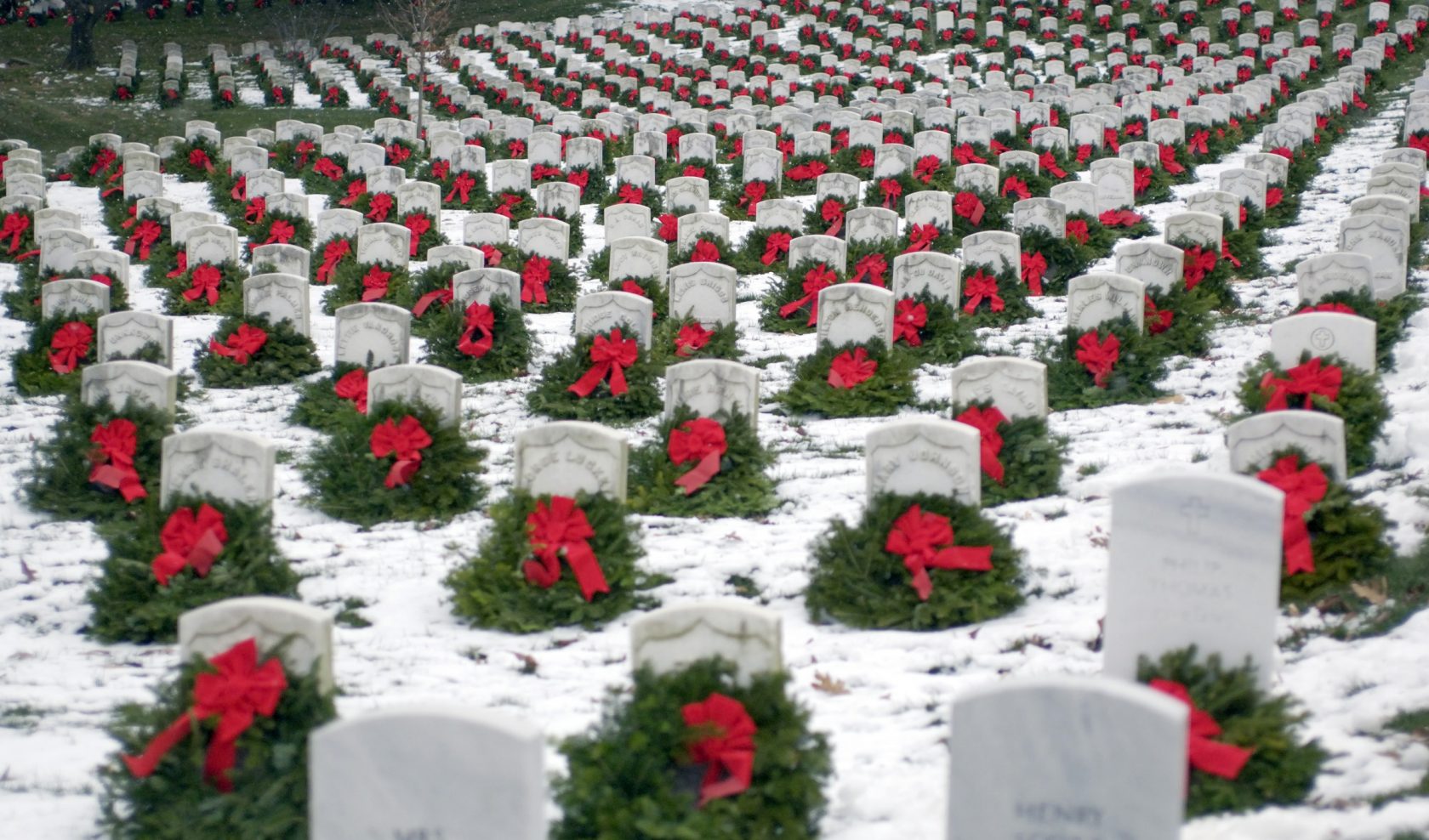 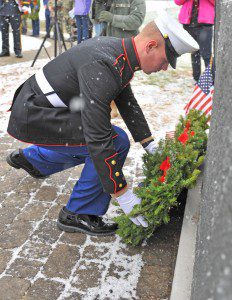 Private Frederick A. Johnson, of the United States Marine Corps., places a ceremonial wreath at the base of the Veterans’ Memorial stone at Stanley Park as part of the Wreaths Across America ceremony in 2013. (File Photo)

SOUTHWICK- The Southwick-Tolland-Granville Regional School District School Committee heard a proposal Tuesday evening to get some students involved in Wreaths Across America Day in December.

Southwick Regional School Assistant Principal Michael Pescitelli proposed an initiative to get students to volunteer for this year’s Wreaths Across America Day on Dec. 13.

“Their main vision is really just to be able to pay respect and honor our veterans and also honor those who laid their lives for our country.” said Pescitelli. “The followup item to that, the piece that is the most important thing is around education. Not just for the whole entire country but our youth.”

Pescitelli said that he was personally involved with WAA, and he was inspired to try to bring it to the school district and encourage student involvement. He said that several students have already expressed interest and he hopes to continue to gain support.

“It’s one thing to learn about World War I or World War II in your textbook and to sit through these AP classes or even just your freshman year US 1,” said Gabrielle Houle, senior class president of Southwick Regional School, “it’s another thing to see the result of it. It’s a very important lesson that we could give our students.”

Pescitelli said that student involvement would likely entail fundraising to purchase the wreaths as well as taking part in the wreath layings on Dec. 13.

WAA does the wreath layings that day nationally at more than 1,600 locations. It was first started in 1992 when the owner of Worcestor Wreath Company, Morrill Worcestor, had a surplus of wreaths as the holiday season began drawing to a close. He decided to take those wreaths and deliver them to Arlington National Cemetery and have them placed on graves in the older part of the cemetery that doesn’t get many visitors.