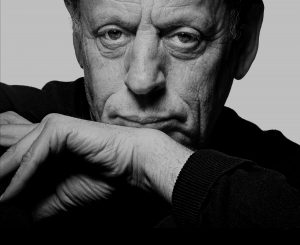 Hailed for his extensive career and extraordinary and unprecedented impact on the musical and intellectual life of his times, composer Philip Glass joins the Philip Glass Ensemble for its 50th Anniversary to perform a live film concert of his original score of Godfrey Reggio’s cinematic masterpiece, Koyaanisqatsi: Life Out of Balance, Sunday, September 22  in the UMass Fine Arts Center Concert Hall. The film is as relevant today as ever, reflecting on Reggio and Glass’ lifelong interest in environmental issues, and the danger of losing our connection to the natural world.

Since his landmark opera Einstein on the Beach, a collaboration with Robert Wilson, Glass has expanded his repertoire to include music for opera, dance, theater, chamber music and film, He received Oscar nominations for hi scores for Kundun, The Hours, Notes on a Scandal) and a Golden Globe (The Truman Show). In the past few years several new works were unveiled including an opera on the death of Walt Disney, The Perfect American (co-commissioned by Teatro Real, Madrid and the English National Opera), a new touring production of Einstein, the publication of Glass’s memoir, “Words Without Music,” by Liveright Books, and the premiere of the revised version of Glass’ opera “Appomattox”, in collaboration with librettist Christopher Hampton, by the Washington National Opera in November 2015. 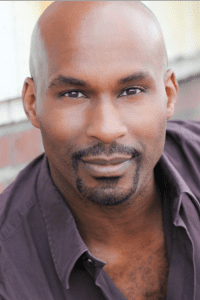 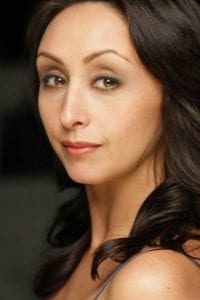 In the not-so-distant future, an interracial couple enjoys a visit from their college-aged son when a young Muslim woman arrives at their back door. She’s looking for safe passage via a new Underground Railroad as Muslims are being detained and imprisoned. Suddenly, a government official knocks on their door, wreaking havoc on the family. They must decide how much to risk to save an innocent woman. This riveting thriller takes us inside a stark vision of an unapologetic America.

Playwright Brent Askari is a Persian-American writer and actor living in Portland, ME. Brent’s play Hard Cell was part of the 2017 PlayPenn development conference and was produced as part of Geva Theatre Center’s 2018–2019 Mainstage Season.  Brent was part of HBO’s New Writers Project and has written screenplays for Paramount Pictures, Marvel Films, MTV and Reveille Entertainment.  Brent also narrated the nationally syndicated children’s television program Animal Science, which was nominated for a national Daytime Emmy in 2014. 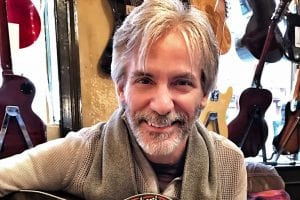 Jim Kimball, the guitarist onstage with Reba McEntire onstage at Tanglewood, is the Longmeadow native  perhaps best known for his long-standing association as Reba’s guitar player. But he has also toured and recorded with an extensive roster of artists that includes Brooks & Dunn, Faith Hill, Tim McGraw, Justin Timberlake, Kelly Clarkson, Blake Shelton, Toby Keith, Miranda Lambert, Martina McBride, Dolly Parton, Tricia Yearwood, and Carole King. Born and raised in Western Massachusetts, Jim left New England for Southern California and then on to Nashville where he now makes his living producing and engineering records, writing music for film and television, playing on recording sessions, as well as performing live. For details: https://www.facebook.com/jimkimball/

Valerie Harper, the late actress best known as Rhoda Morgenstern on TV’s The Mary Tyler Moore Show, was remembered for her stage performances at Hartford’.. She made her Hartford debut at TheaterWorks in 1997, in a performance about Pearl Buck.  Artistic Director Rob Ruggiero directed her in his first Broadway show, Looped, in which she won a Tony nomination playing Tallulah Bankhead. Looped launched its national tour in Hartford. 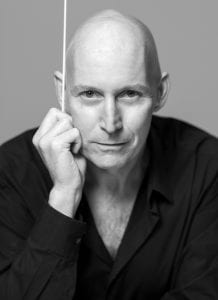 Kevin Rhodes, Springfield Symphony Maestro, has an impressive season lined up. In addition to his work in Springfield, he’ll be once again conducting the Traverse Symphony Orchestra in Michigan and the Pro Arte Chamber Orchestra in Boston. He returns to the Vienna State Opera Ballet to conduct their annual Rudolph Nureyev Gala, and encore presentations of Delibes’ ballet Sylvia; He’ll be on the podium at La Scala in Milan for performances of Sylvis as well. Maestro Rhodes will conduct Romeo and Juliet at Germany’s Chemnitz Opera House, and he returns to the Norwegian National Ballet to conduct a repertory program. The Springfield Symphony Orchestra opens its 76th season at Symphony Hall on October 5. To keep up with the Meastro, follow his Facebook page, Kevin Rhodes Conductor: https://www.facebook.com/kevinrhodesconductor/

The Ballard Institute and Museum of Puppetry at UConn’s Storrs campus will host its  Fall Puppet Performance Series on four Saturdays from September to December 2019, featuring outstanding works of puppet theater by professional puppeteers from across New England and beyond. Each show will be performed twice, at 11 a.m. and 2 p.m. All performances will take place at the Ballard Institute Theater located at 1 Royce Circle in Downtown Storrs. The season includes: Milo the Magnificent by Alex & Olmsted on September 28;; The Three Little Pigs by Crabgrass Puppet Theatre on October 26; Holiday Punch! by Modern Times Theater on November 16, and Peter and the Wolf by National Marionette Theatre on December 7. For details: [email protected]