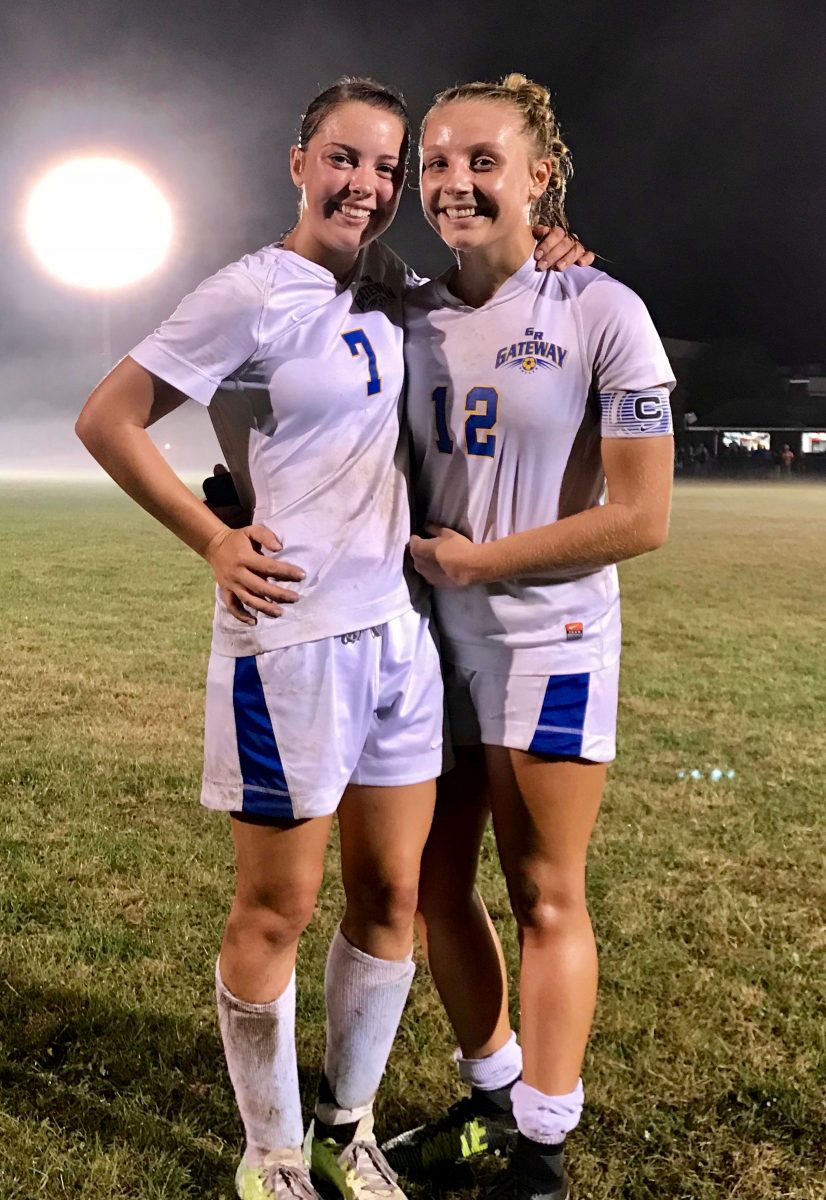 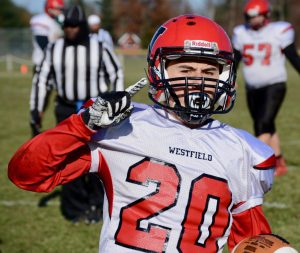 Westfield’s Dakotah Moynihan (20) wags his finger after high-stepping into the end zone for a Bombers’ touchdown on Thanksgiving Day at Minnechaug Regional High School. (Photo by Chris Putz)

WESTFIELD – As the leaves turned color this fall, there was a changing of the guard among high school teams, figuratively and literally.
The defending west sectional champion Westfield Bombers, who one year ago came within one win of appearing in the state football championship at the hallowed grounds of the five-time Super Bowl champion New England Patriots, Gillette Stadium, struggled out of the gate.
Without several key players who graduated in the spring and racked by a barrage of injuries, Westfield stumbled early. Coach Rob Parent’s squad kept pushing through the adversity though, and put together a nice run late in the season. 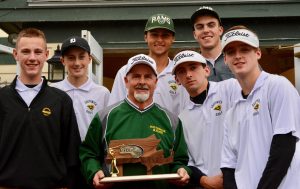 Westfield nearly turned the Longmeadow Lancers upside down, losing a hard-fought battle 23-18. The following week, Baley Collier scored on an interception return for touchdown, punt return for touchdown, and caught a TD pass to help lead the Bombers past the Commerce Red Raiders, 50-14.
Westfield made it two straight as backs Dakotah Moynihan and Trot Gosselin combined for six touchdowns against Agawam, a 46-6 thrashing of the Brownies.
Although the Bombers lost their final contest against the Minnechaug Falcons on Thanksgiving Day by just one point, 19-18, it was a nice showing by the Whip City in the first holiday meeting between the two teams. 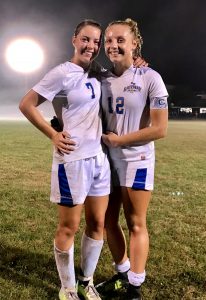 Jessica Van Heynigen shares her record-breaking moment with Ava Auclair, left. Auclair made the pass on the goal that netted Van Heynigen the school’s all-time leading mark this past fall. (Staff photo)

Another run came to an end in the fall of 2017 as the Westfield gymnastics team, winners of 10 straight west sectional titles and a win streak of 179-0, fell to Minnechaug during a regular season meet. The Falcons also went on to win the west.
There were several highlights in the local sports world last fall, including:
• Al Selden’s 100th career coaching victory for the Southwick golf team, which went on to complete a perfect regular season (20-0) and become West Division 2 champs; 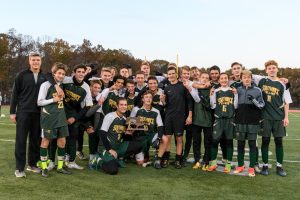 • Gateway girls soccer forward Jessica Van Heynigen’s 100th career point, thanks to a three-goal effort in a 4-0 road win over Mohawk – she became the school’s all-time leading scorer with a record-breaking 105th point in the Gators’ thrilling 1-0 win against visiting Easthampton;
• Southwick boys soccer’s West Division 3 championship win over Belchertown, a pulse-pounding, 2-1 victory capped off on penalty kicks;
• and, Westfield Technical Academy boys soccer’s stellar regular season run of 15-2-1, and subsequent small vocational schools’ championship silver medal finish.
It was a season, and a year to remember. Buckle up for the next ride in 2018 as the fun is about to begin all over again.