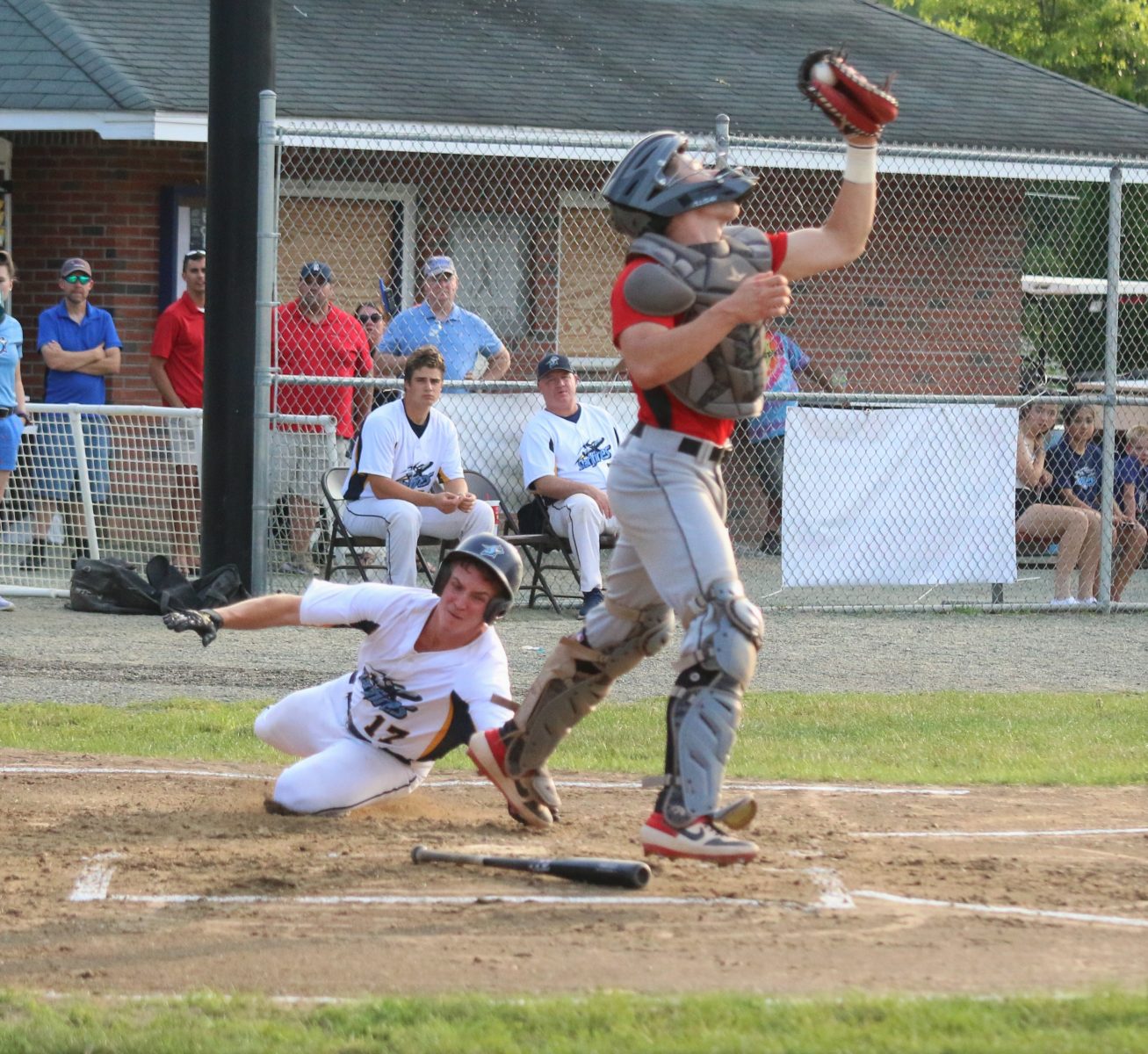 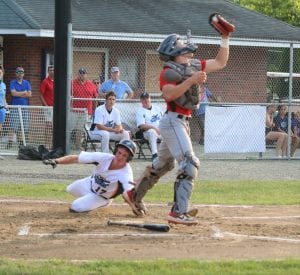 WESTFIELD – After a tough loss on their home turf Tuesday night, the Westfield Starfires brought victory back to Bullens Field on Wednesday versus the Nashua Silver Knights, 13–4.
Right out of the gates the Starfires made their presence known, recording five hits in the first inning and pushing three runs across the plate. Westfield had 14 total hits in the game.
Starfires center fielder Danny Crossen started the hitting off with a rocket that fell into a gap in center field, landing himself at second base. Shortstop Elijah Dale picked up a single in the inning and both would score thanks to a double off the bat of third baseman Devin Kellogg.
Kellogg made his way across the plate when Tommy Quinn got his first hit of the night in the form of a single. Right fielder Sean Murphy got the fifth hit of the inning, also hitting a single.
Nashua put a single run on the board in the second inning and would be shut out until the ninth while Westfield continued racking up runs, showing no mercy to the Silver Knights.
Christian Walsh made some noise in the third inning, hitting a two-run home run to put his team ahead by four. The homer marks Walsh’s fourth of the season and added to an impressive night of batting. Walsh had three hits in four at-bats in the contest and five RBI. He was also named Futures League player of the night, an honorable title.
Another offensive highlight for the Starfires came in the sixth inning when catcher Tommy Quinn hit a bomb to center field that cleared the outfield fence like a breeze.
The impressive hit was a three-run homer that made any chance at a comeback for the Silver Knights look next to impossible. Quinn had a great bat throughout the matchup with three hits in five at-bats and four RBI.
Westfield’s final runs of the game occurred in the seventh inning, both of them crossing the plate on walks with the bases loaded.
In a last attempt to lessen the Starfires’ lead, the Silver Knights put three runs across in the ninth inning from one hit and three defensive errors.
Westfield’s Christian Walsh said that a big factor in the victory was being selective at the plate and swinging at the right pitches.
“We were just looking for fast balls and trying not to go for breaking balls,” Walsh said. “We were really just hunting down fast balls the whole night. That was the key.”
With stellar plate appearances in the game, Walsh mentioned that he was not worried about getting a huge hit; he just wanted to do something that would help push a run across.
“I was just trying to get a good pitch to drive the run in,” Walsh said. “I was just looking for a fastball and I was lucky I got it and was able to put a good swing on it.”
Walsh also said that the team’s attitude as a whole made the win possible and he and his teammates were determined to be victorious once again.
“Everyone just kept going,” Walsh said. “The fact that we’ve been on a little bit of a losing stint just put a chip on our shoulders. Being in last place right now, we have to climb back. We just have a fire under us right now and we’re ready to keep going.” – Courtesy of Audrey Gamble/Westfield Starfires