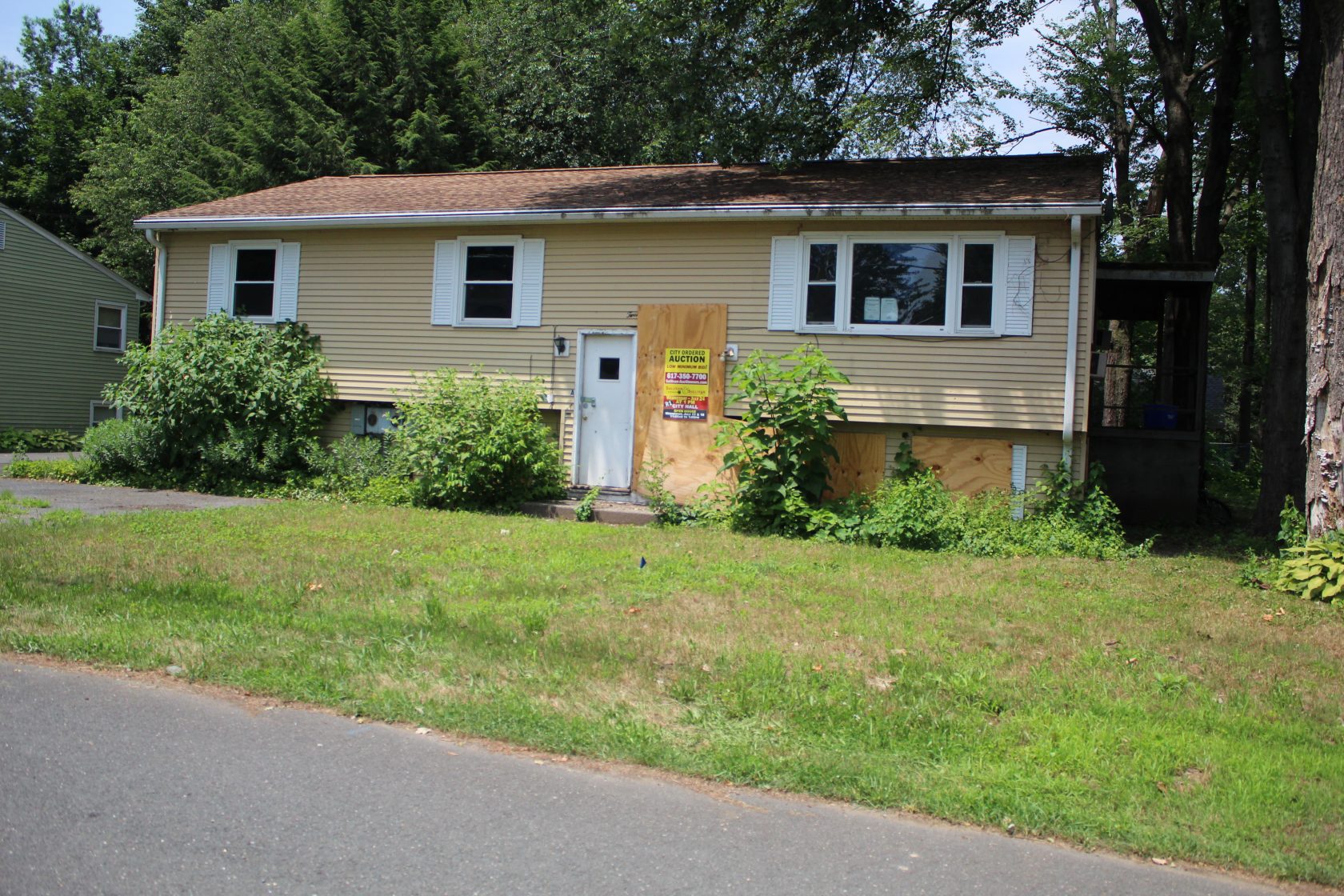 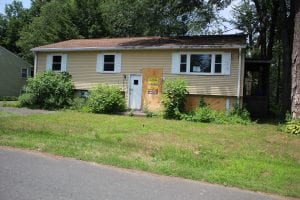 The duplex at 27 Malone Avenue. Sullivan said that of the three homes, this will be the only one available for viewing and is in the best shape. (Photo by Peter Currier)

WESTFIELD- Three houses in Westfield will be offered in a public auction on Wednesday, July 24 at 1 p.m. in City Council Chambers.

The three city-owned properties that will be up for auction are 27 Malone Ave., 60 Lewis Road, and 3 Dubois St. The auction will be held by Sullivan and Sullivan Auctioneers LLC. Marianne Sullivan, president and auctioneer of Sullivan and Sullivan, said that the only property of the three that may be suitable to live in would be the Malone Avenue house. The other two, she said, may be better fit for a total rehabilitation.

“I think it’s a fantastic opportunity for an investor, developer, or builder to come in and rehabilitate and fix the properties,” said Sullivan. She added that there are no liens on any of the properties. 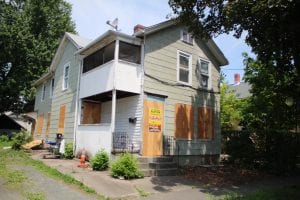 The property of 3 Dubois Street. Although the building could remain, it may require extensive renovations before the building is usable. (Photo by Peter Currier)

The Malone Avenue house is a 1,232 square-foot living space duplex with 10 total rooms, including six bedrooms and two bathrooms. The assessed value of the property is $154,400 and the total size of the lot is 6,969 square feet. Images of the house on the auctioneer’s website show the downstairs windows boarded up.

The property at 60 Lewis Road has a much smaller living space but is a much larger property as a whole. The house itself is 480 square-feet with four rooms total with two bedrooms and one bathroom. The value of the lot is assessed at $161,000 for the 14,374 square foot property. Sullivan said that she expects that whomever purchases this property may tear down the house itself and construct something else it its place. The home is down the dirt Lewis Road and surrounded by woods. The house itself appears to be in poor condition and the vegetation on the property is overgrown, but there is space on the property should a bidder seek to redo the area. There is at least one neighbor in close proximity.

The home on Dubois Street is a two-story house with eight rooms, including four bedrooms and two bathrooms. The lot  is 6,098 square-feet and the home itself is 1,704 square-feet. Sullivan said she believes the home will need some serious renovations but that the house itself could remain in place, depending on the wishes of the buyer. 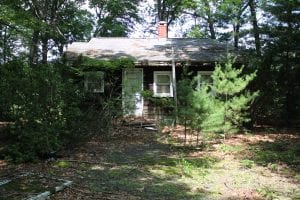 The property of 60 Lewis Road. Sullivan said the house may not be fit for living, but a developer or investor could purchase the property to do a total rehabilitation (Photo by Peter Currier)

Sullivan also noted that the city has the right to accept or reject any bid that is made during the auction. A deposit of $5,000 must be made by the winning bidder, who will then have 45 days to close on the property.

All three properties are tax possessed by the city, meaning that the previous owners failed to pay their real-estate taxes. There will be an open house for just the Malone Avenue property on July 10 and 17 from 11 a.m. to 1 p.m.. There will be no open house at the other homes due to their condition.

No one will be allowed to enter the house at the Malone Avenue open house. Anyone interested in bidding will be allowed to walk around the lot. A representative from Sullivan and Sullivan will be present to give more information to prospective bidders.

Registration for the auction will begin at 11:30 a.m. on the day of the auction.