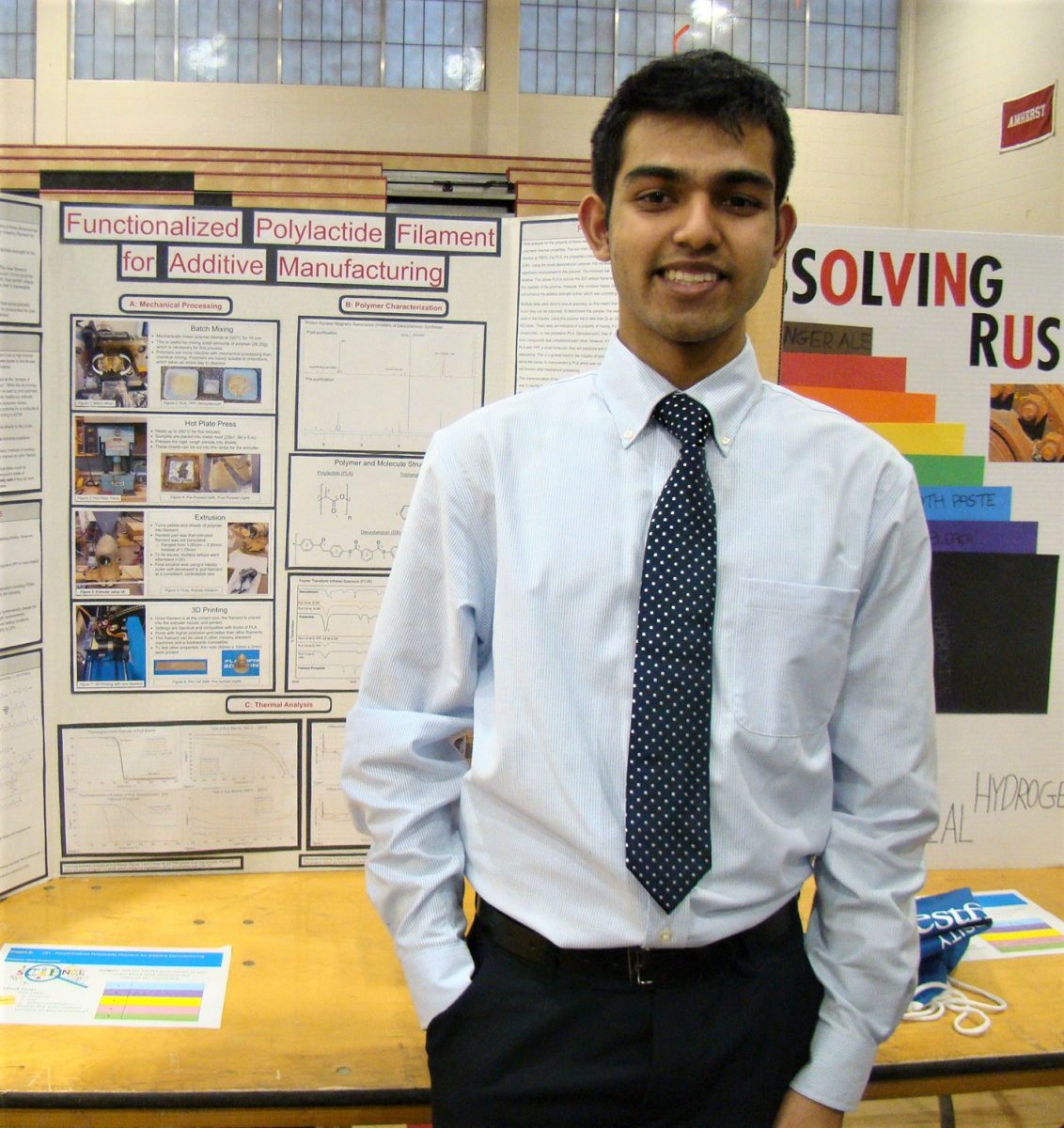 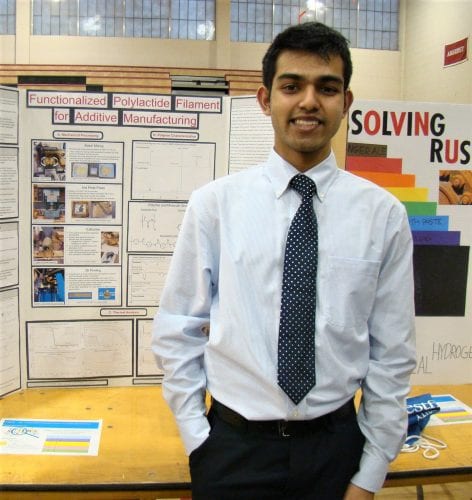 WESTFIELD – Although the Massachusetts Science and Engineering Fair, slated to be held at the Massachusetts Institute of Technology on May 1 and 2 was cancelled, regional finalists had the opportunity to participate in a virtual state fair this year. Westfield High School students earned first place, third place and honorable mention awards.

“It was held remotely, it wasn’t at a location. The kids sent in their projects and abstracts, and a clip of themselves,” said Science, Technology and Engineering Supervisor Lauren Figy.

Figy said after the regional science fair is held, the Fair communicates directly with the students. She said all of the Westfield students who went to regionals were advanced to the states, and all of the abstracts for their projects were uploaded in the system.

Following the judging, the Fair announced that Westfield HIgh School junior Suvin Sundararajan earned one of the first place awards for his project, “Functionalized Polylactide Filament for Additive Manufacturing,” and received the second highest score in the state.

Sundararajan also received a special award from MathWorks, along with a cash prize of $7,500, which he plans to save for college. Scholarships and prizes from the Fair have yet to be announced.

“I had to make my own video, a 5-minute limit, with a link to You-Tube,” Sundararajan said, adding that he had to take it down after the judging.

Sundararajan said even though the actual fair was cancelled, he was happy to participate, and because he earned first place, the directors called him on the phone. “Mostly, a lot of kids from Boston win,” he said. He was also named a finalist for the International Science and Engineering Fair in Phoenix this year, which was also cancelled.

Next year is his senior year, and he said he’s not sure if he will continue his project. He said he created a robot for making the filament he used, and may continue on that, but wasn’t certain.

Sundararajan thanked “his mentors,” science teachers Jon Tyler, Renee Sweeney and supervisor Figy, for their support, and the people at the University of Massachusetts who gave him access to their science labs. “I worked in their facility, giving me access to their technologies. The experiments were dangerous, although the final product is safe,” he said.

On his mind now are six three-hour AP finals which will be held back to back online the week of May 11. He said there is a new exam for all of the courses this year. 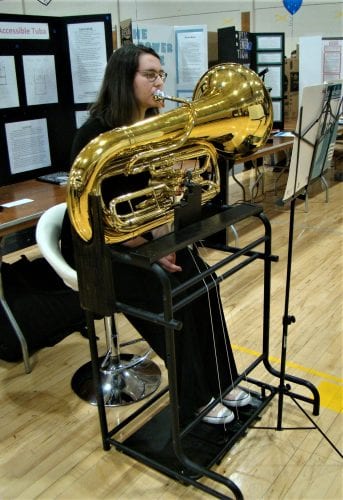 Ninth grader Samantha Adamtsev earned a third place in the state fair for her project, “The Accessible Tuba.”

“It was very unexpected. I thought of the project quickly, and was surprised at the reaction that I received at regionals,” Adamtsev said.

Adamtsev said at the states she won third place and received a special award from Moderna Therapeutics with a cash prize of $50. She said she is considering continuing the project, a hands-free apparatus for playing the tuba, her instrument. She said she would have liked to have made the mechanics more smooth and less noisy. “We’ll see,” she said.

“It was a great experience. I learned a lot, and I’m excited to do science fair again in the future,” Adamtsev said.

“It’s really great. There are so many scholarships and awards on the table, so those kids still got access to them, which is awesome,” Figy said.

“If you look at the list – there’s not a lot of public schools on there,” she added.