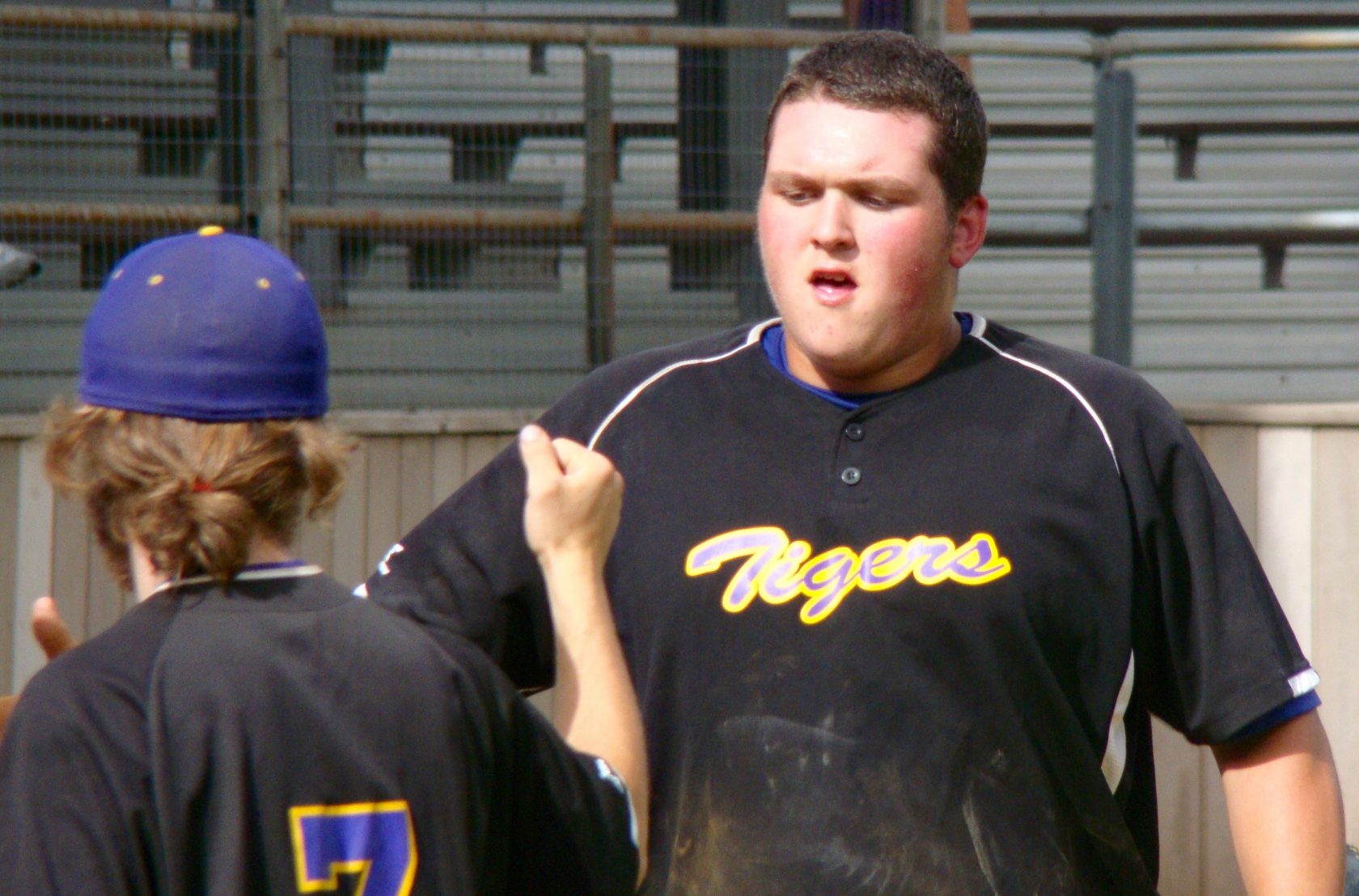 NORTH ADAMS – For Westfield Voc-Tech senior pitcher Jake Parsons, this has been four years in the making. For the Tigers’ baseball team, it has been an eternity.
On Friday, No. 12 Westfield Voc-Tech stunned fifth-seeded McCann Tech 6-0 in a Western Massachusetts Division 4 high school baseball quarterfinal for the program’s first win in decades. 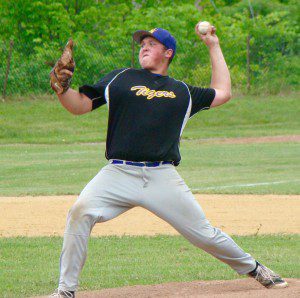 “I’m so excited for our program and our young kids,” Voc-Tech coach Kyle Dulude said.
It was one of the program’s eldest “young kids,” Parsons, who helped propel the team into a new stratosphere Friday.
Parsons kept McCann Tech (16-5) off the base paths, scattering four hits and striking out a resounding 12 batters.
“I was feeling good,” Parsons said. “I had all my stuff today.”
After a pitcher’s duel through the first three frames, Westfield Voc-Tech (11-8) broke through with three runs in the top of the fourth inning.
Tyler French led off the fourth with a blistering line drive single to left field. Parsons followed by belting a booming triple to deep right center field, scoring French. Nate Boulay knocked in Parsons with a long run-scoring single to left center field. Chris Boyden hit an RBI single through the right side of the infield for a 3-0 lead.
Parsons got himself into a bit of a jam in the bottom half of the inning. 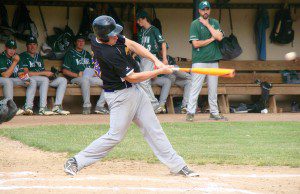 Westfield Voc-Tech’s Tyler French leads off the top of the fourth inning with a blistering base hit to left field Friday against McCann Tech in the first round of the postseason. (Photo by Chris Putz)

McCann Tech put two base runners on with no outs – courtesy of a single (only the team’s second hit) and walk – but Parsons retired the next three batters via a fly out and two straight strikeouts.
Westfield Voc-Tech tacked on two insurance runs in the top of the fifth inning.
Nick Clegg led off the fifth with a towering drive to deep left field, past the outstretched arms of the left fielder. The hit resulted in a triple, and knocked the opposition’s starting pitcher from the mound. Hebda hit an RBI single, giving the Tigers a 4-0 advantage. A short time later, with the bases loaded, Chris Boyden walked to make it 5-0.
Westfield Voc-Tech manufactured another run in the sixth inning when Andy Daniels walked, advanced to second base on a passed ball, moved to third on a ground out, and scored on a wild pitch.
While the Tigers’ offense continued to churn out hits and runs, Parsons continued to dominate on the mound.
Parsons retired his seventh straight batter with a strikeout, his ninth, to begin the bottom half of the sixth. McCann managed to squeeze out a two-out single, but the Voc-Tech defense ended any threat with the inning’s third out.
In the seventh, McCann managed just one more base hit after Parsons opened the inning by striking out the first two batters. He struck out the final batter to end the game. 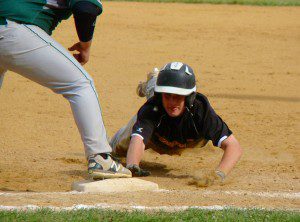 Tigers’ base runner Nick Clegg, right, slides back safely into first base. (Photo by Chris Putz)

“It came down to all the hard work we did in practice,” said Parsons, who pulled himself out of a game earlier this season against McCann Tech in the third inning with an elbow injury.
Westfield Voc-Tech lost that game 9-0.
“If he didn’t pull himself out of that game and sit, and fought through it, he could have had a season-ending injury, and the outcome today might be different,” coach Dulude said.
One year ago, Westfield Voc-Tech won the Tri-County League and lost in the first round of the tournament. This season, the Tigers failed to win the league title, but won a postseason game to remember.
“We refocused this season and set new goals,” Dulude said. “Our hitting was phenomenal up and down the lineup today. 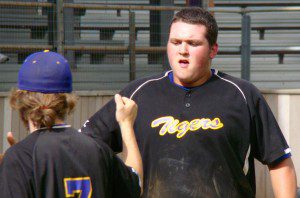 Jake Parsons, right, is congratulated after scoring one of the team’s three runs in the fourth inning. (Photo by Chris Putz)

We had legitimate hits. That was a team effort. You don’t score any runs without a team effort.”
Dulude said the fans – parents, grandparents, sisters, brothers, friends, former alumni, faculty members – who attended Friday’s tournament game also played a role in the total “team” effort.
“I am very proud,” Dulude said, “ and very excited to be playing baseball.”
Voc-Tech advances to play No. 4 St. Mary (14-6) in what essentially is a home game for both teams in the quarterfinal round at Bullens Field. First pitch is at 3:30 p.m., and will be followed by a Division 1 quarterfinal featuring No. 2 Westfield (14-6) and No. 7 West Springfield (13-8) at 7.