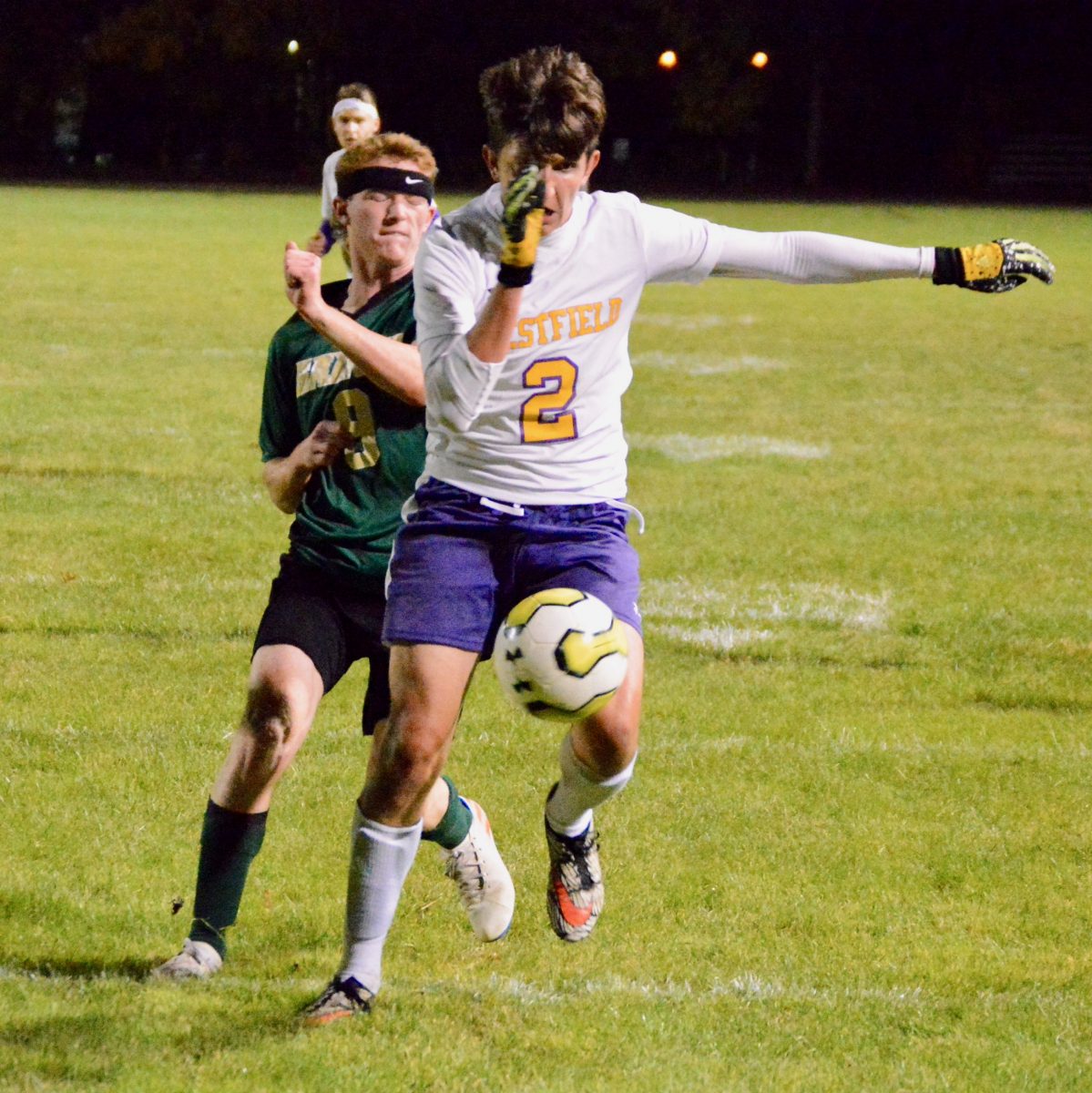 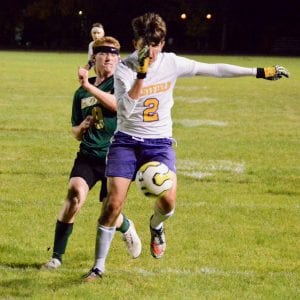 WESTFIELD – For what seemed like an eternity, St. Mary’s goalie Hayden Lussier made one save after another after another.
Lussier made nearly two dozen saves, several of which came in the first 20 minutes in a MVP-like effort. It’s what happened after that earned Westfield Technical Academy a shutout victory.
Westfield Tech scored five goals in the second half of a high school boys soccer game Wednesday night en route to a 6-0 win over St. Mary’s at Bullens Field.
It was a scoreless battle until the 23rd minute when Westfield Tech finally scored on a Bodhi Hall shot. Darryl Reopel assisted.
For the remainder of the half, Westfield Tech peppered the St. Mary’s net with a half-dozen more shots. Lussier ran to the left, dove to the right, plucked the ball out of midair, and for a brief few seconds with the net left open after making a save well outside the box, relied on his defense to step up to thwart the effort.
The floodgates opened in the second half.
Reopel started the second-half scoring, scoring off a Jon Vela pass with 35:26 remaining. Reopel then set up a goal for Simon Mocanu with 28:29 to go on the second-half clock. With 21:23 left, Emil Sevostyanov scored off a David Bulatov pass. David Tikhonchuk made it 5-0, converting a pass from Sevostyanov at the 20:29 mark. Neolan Derosier tacked on an insurance goal in the waning minutes. Tikhonchuk assisted.
Westfield Technical Academy closes out the regular season with a record of 16-1-1. The Tigers only loss came against Division 1 foe Westfield in an independent contest. The Bombers won that matchup 1-0.
“Everyone’s 0-0 now; the records are thrown out the window,” Westfield Tech coach Kyle Dulude said. “We need to bear down, stay gritty, and work on finishing.
Notes: Local sixth grader Clara Hubbard, of Westfield served as Westfield Technical Academy’s honorary team captain Wednesday night. Hubbard, who was diagnosed with cancer back in June, has become a big fan of the Tigers as the two sides have come together to show support for each other throughout the last few months. …Westfield Tech’s senior class was also honored prior to the start of the game. …In 18 games this season, the Tigers’ defense allowed just three goals.