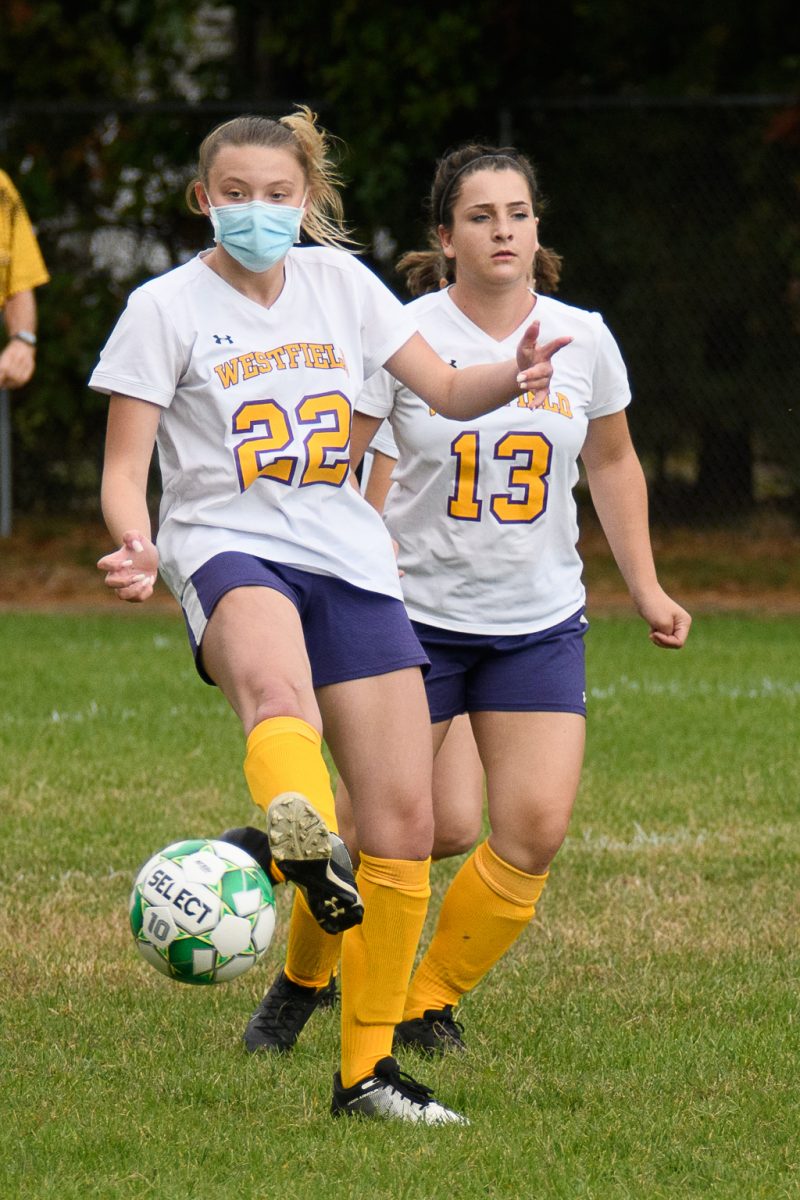 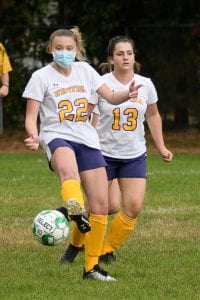 WESTFIELD – The Tigers are uncaged once again.
The Westfield Technical Academy girls soccer team put another checkmark in the win column, shutting out Pioneer Valley Chinese Immersion Charter School 2-0 Wednesday at Bullens Field.
Senior captain Christina Mosijchuk had a hand in both goals, scoring on a long ball from freshman defender Mia Slack, and later assisting freshman Ella Dubovaya, who also found the back of the net.
Their teammates were heavily involved in the victory as well.
Westfield Tech senior captain Angelica Cherperin stepped up and stopped a few attacks that could have changed the game. Tigers’ midfielder Allyssa Slack had another stellar performance, controlling the midfield.
Westfield Tech goalie Lindsey Deland recorded her second win in goal, a shutout, with three saves.

GOLF
Schabowski, Bombers down Rams again
Westfield 161, Southwick 181
For the second time this season, Anthony Schabowski and the Westfield Bombers toppled the Southwick Rams, this time at Tekoa Country Club.
Schabowski recorded the best score of the day, finishing with a 2-over par 38.
It was a solid outing for Westfield’s Jeremy McCormick, who shot a 39, and a host of Bombers – – David Tirrell, Joey Calderella, Justin Haluck and Mia Biskupic – – who each finished with a 42.
Matthew Garrity led Southwick with a 43. Rams’ Jessie Johnson had a 44.
Earlier this season, the two teams met at Edgewood Golf Course in Southwick. Schabowski also finished first in that match with a 2-under par 34, one stroke better than Garrity.