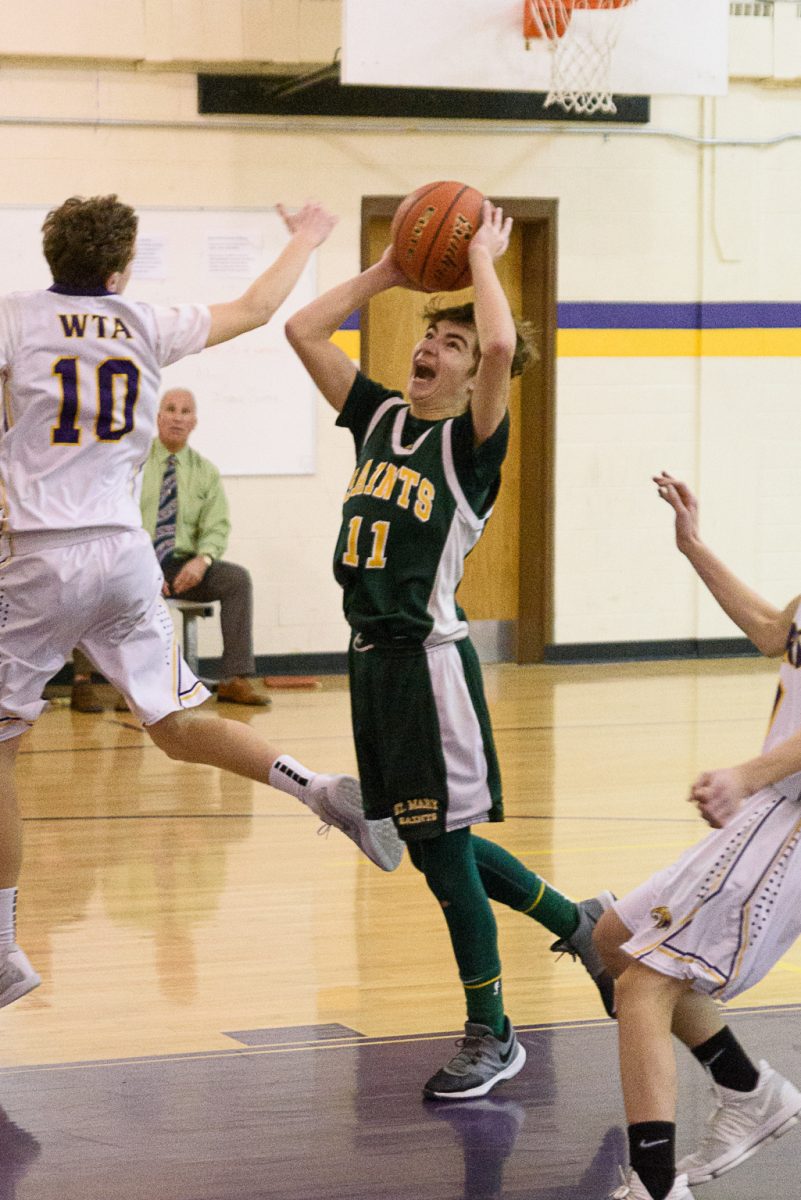 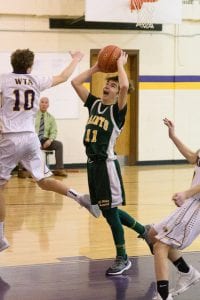 WESTFIELD – It’s not often that you’ll see a high school boys basketball game tied 12-all after one quarter, never mind at the half. That’s exactly what happened though when two familiar foes collided in a Whip City showdown Monday.
Westfield Technical Academy and St. Mary’s combined for 28 missed free throws – the Tigers went 0-for-7 in the first half before draining eight shots from the foul line in the final 16 minutes.
Westfield Tech’s offense came alive though as the Tigers exploded for 35 points in the second half en route to a 47-33 win against the St. Mary’s Saints on Monday.
“It was a pretty entertaining game for a long time,” St. Mary’s coach Joe Molta said. “They basically wore us down.”
Westfield Tech successfully played great transition defense over the final two quarters, causing turnovers and rebounding the ball.
“We probably played as hard as we could play,” coach Molta said. “We just struggled putting the ball in the basket.”
Westfield Tech’s Derrien Wilson Grant led all scorers with 13 points. Josh Bush and David Tikhonchuk finished with 12 and eight, respectively, for the Tigers, who evened up their record at 3-3.
Riley Sullivan and Bodhi Hall contributed key minutes for Westfield Tech.
“Any time St. Mary’s had something in transition, our players sprinted back until the end,” Westfield Tech coach Kyle Dulude said. “St. Mary’s never went away. They continued to battle the entire game and put together a great effort.”
St. Mary’s Luke Willenborg scored a team-high 11 points. Brady Collins (7 points), Mark Nelson (6), and Aaron Blanchard (5) also produced for the Saints.
“We do a lot of good things,” coach Molta said. “We just can’t put the ball in the basket.”