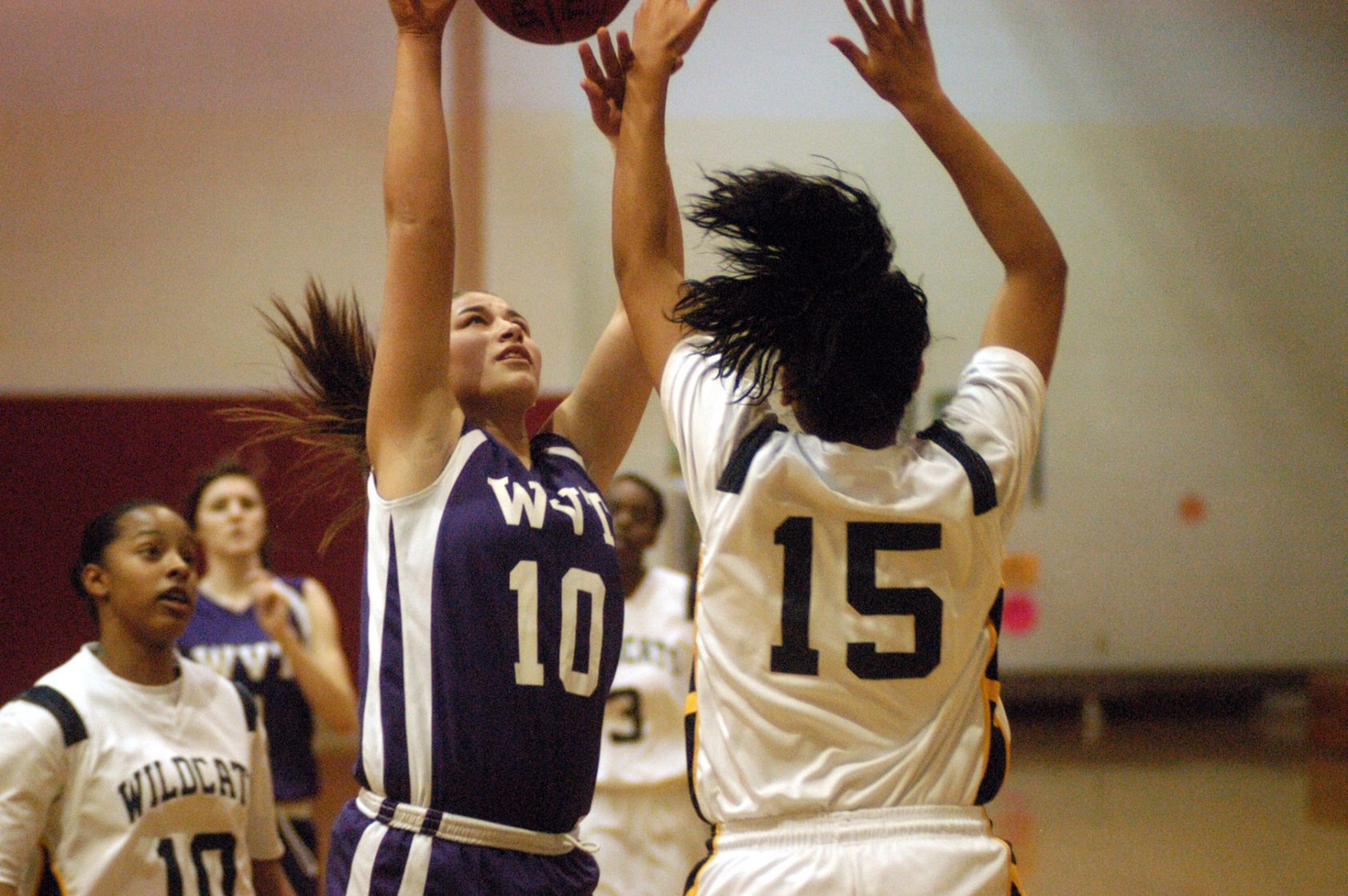 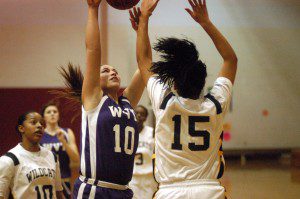 Tigers’ Elyza Colson (10) goes up with the ball. (Photo by Chris Putz)

SPRINGFIELD – The Westfield Voc-Tech girls’ basketball team felt like it had run into a hornet’s nest, and crawled out of a cougar’s den – all in the same night.
Tamar Gervais scored a game-high 22 points for New Leadership, and two others reached double-digits as the Wildcats meow-led Westfield Voc-Tech, 61-28, Thursday night in Springfield.
New Leadership’s Nyasia Nichols finished with 12 points and Julianna Narrow had 10.
Voc-Tech held New Leadership to just an eight point lead at the half, 26-18. The Wildcats, spurred by their transition game, outscored the Tigers 24-5 in the third quarter to pull away.
New Leadership stepped up its defensive intensity in the second half, forcing Voc-Tech into numerous turnovers. The Wildcats used their speed and aggressive play to build a commanding lead.
Nadine Tran commanded the attention early in the first quarter for Voc-Tech, hitting a 3-pointer (5:59) and a two-point field goal (4:44) to keep the Tigers close early. Tran also hit consecutive shots with 1:48 and 1:13 remaining in the quarter to finish with nine.
Voc-Tech’s Brandi VanGelder finished with seven. The Tigers made just 5-of-15 free throws in the fourth quarter.

McCann Tech 37, Southwick 31
Mary Nguyen scored a game-high 20 points for McCann Tech, including 13 in the second half. Southwick was outscored 14-9 in the third quarter.
Jackie Maziarz led the Rams with nine.