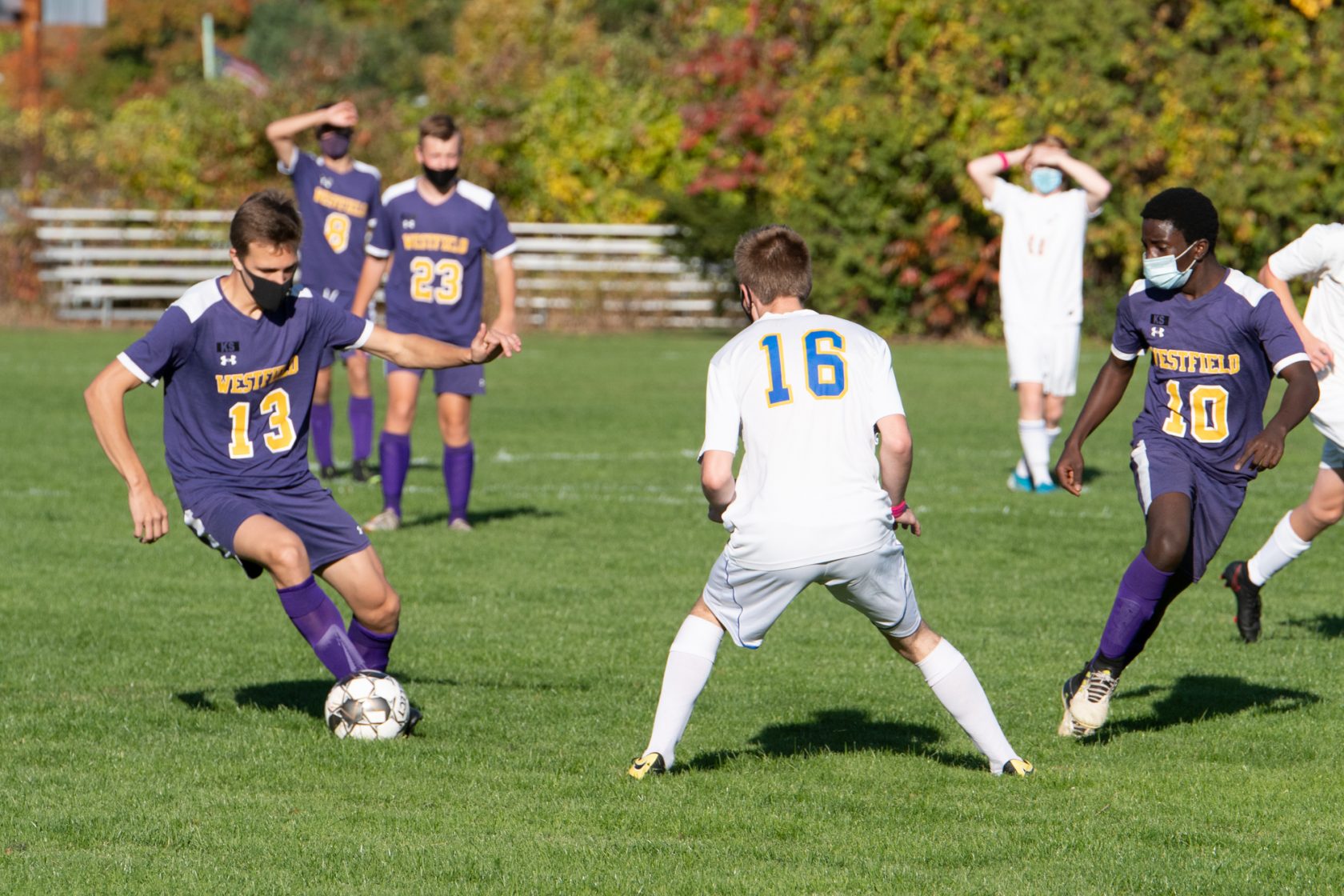 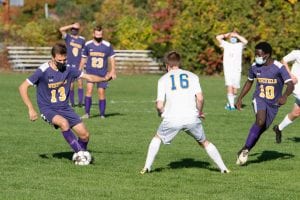 WESTFIELD – There may be no postseason this year due to coronavirus concerns, but that did not stop the Gateway Regional and Westfield Technical Academy boys soccer teams from waging a fierce battle on the local ball fields.
Westfield Tech escaped Thursday’s rough-and-tumble game against Gateway with a narrow 2-0 victory at Bullens Field.
“It was basically a tournament type of game,” Westfield Technical Academy boys soccer coach Kyle Dulude said. “Both teams played hard. It was physical and very competitive.”
It was a meeting of perennial contenders in the local soccer world. Westfield Tech and Gateway are playing in their “bubble” created to curb the spread of the coronavirus.
Landon Dion scored the first goal of the game for Westfield Tech in the second quarter. David Bulatov assisted.
Westfield Tech added an insurance goal in the third quarter when Vlad Cheremis scored on a pass from Bulatov.
Simion Mocanu, Bulatov, Chemeris, and Brody Paquette provided the necessary boost despite tired legs because of a lengthy lay-off due to a long weekend and rainouts.
“All things considered, everyone did the best they could,” coach Dulude said. “It was a great learning experience as they now know they can’t take so much time off and expect to play at a high level.”
Westfield Tech goalie Liviu Mocanu made six saves, earning a shutout in net. Gateway keeper Paul Coffey finished with eight saves.