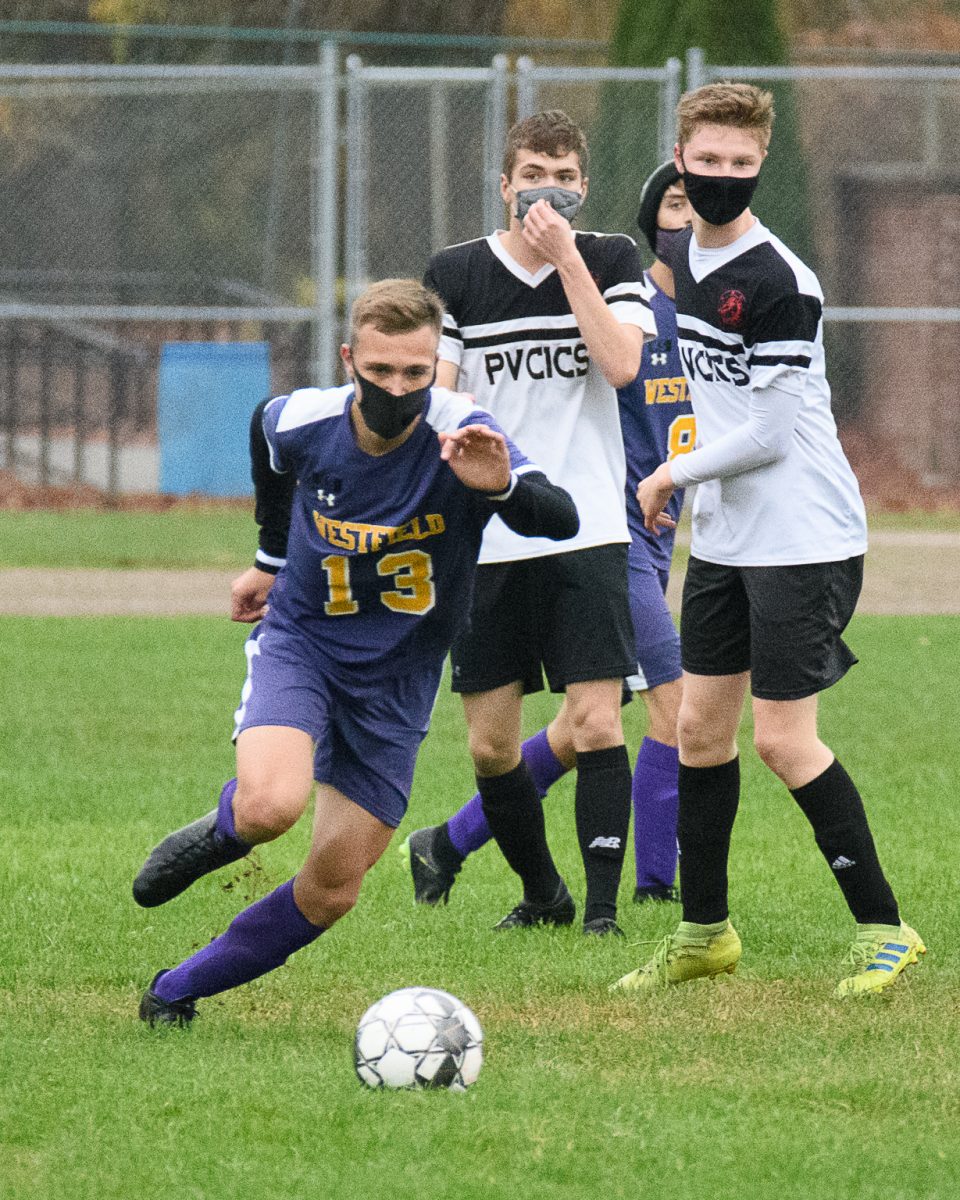 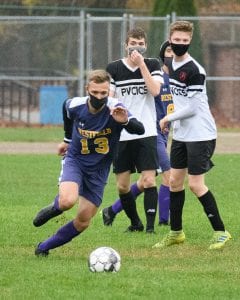 WESTFIELD – The Westfield Technical Academy High School boys soccer team saved the best for the last half.
Westfield Technical Academy’s Livingtsone Ndayikengurukiye scored two goals, and Adam Strycharz, Raven Carrasquillo, and Nick Povar tallied one apiece as the Tigers netted four second half goals in turning back Pioneer Valley Chinese Immersion Charter School 5-1 Monday at Bullens Field.
“We turned it up with some great stuff for the second half,” Westfield Tech boys soccer coach Kyle Dulude said.
Carrisquillo, a senior who has played every minute thus far this season as an outside fullback, scored his first goal of the year on a penalty kick.
“Just last practice, (Raven) discussed how great it would be to score just one goal during his last season,” coach Dulude said. “His dream came true today.”
Another huge happening involved Povar, a freshman, recording his first career score.
“(It was) so happy to see him have this breakthrough,” Dulude said of Povar. “Very deserving.”
Simion Mocanu, Jon Vella, and David Bulatov each had an assist. Vlad Chemeris and Manny Litvac were solid on the outside.
Westfield Tech goalie Liviu Mocanu made three saves. It was the Tigers final home game of the COVID-shortened 2020 season.

FIELD HOCKEY
Bombers shut out Red Raiders
Westfield 6, Hampshire 0
WESTFIELD – Abby Daley, Meghan Bowen, and Camryn Scanlon scored two goals apiece as Westfield shut out visiting Hampshire at Boardman Field.
Daley also had two assists as did Lara Finnie. Claire Griffith and Emily Moniz each had one assist.
“Hampshire showed a lot of improvement since we last played them and their goalie had a great game,” Westfield field hockey coach Courtney Albee said. “We showed some composure and with time we started scoring.”
Goalie Ariana Ciaschini (2 saves) earned the shutout for Westfield, which sent their senior field hockey players out in grand style.
“Our seniors have been through a lot of leaps and hurdles this season,” coach Albee said. “It’s been an honor to give them this win on their ‘Senior Day.’”
Hampshire keeper Olivia Labrie finished with 22 saves.