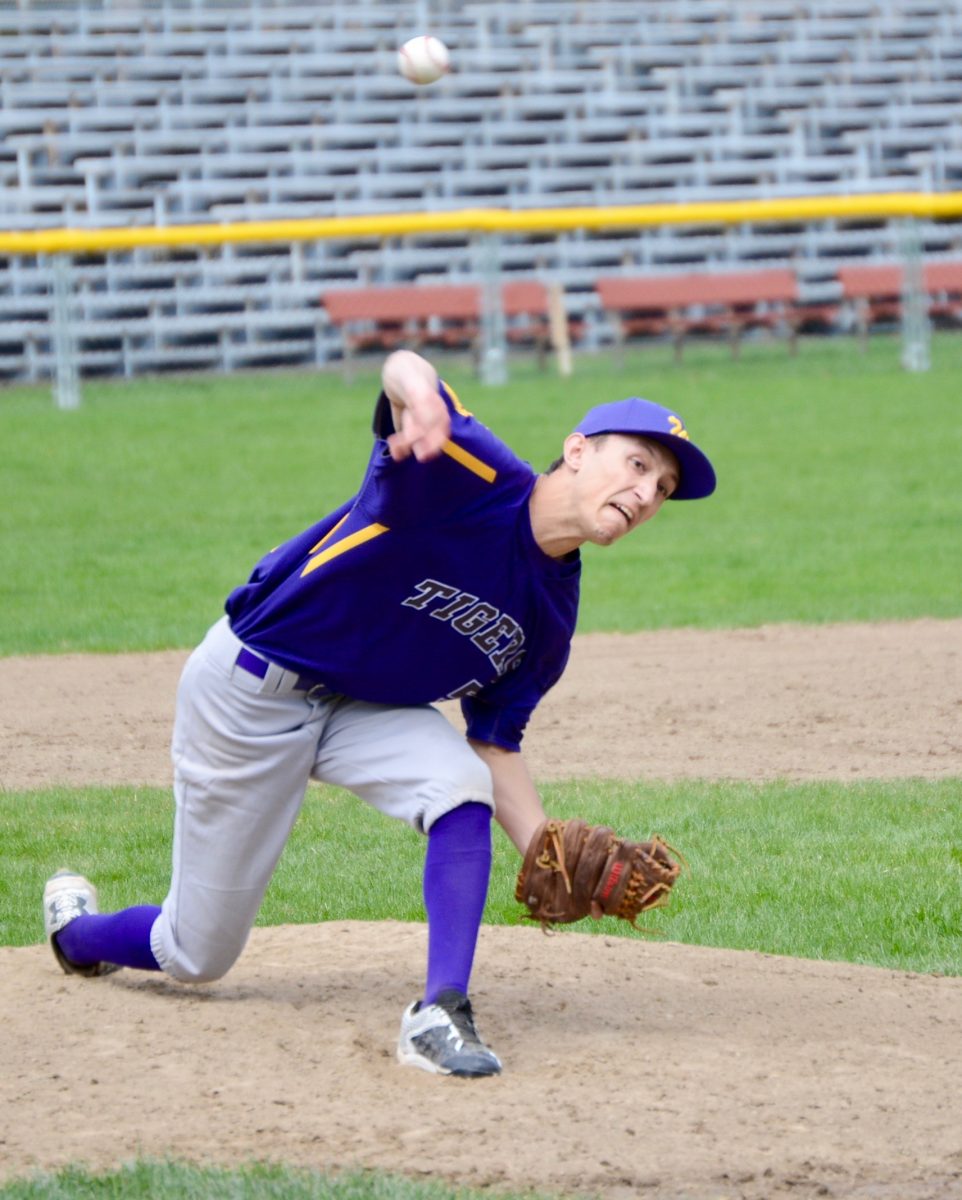 WESTFIELD – The Westfield Technical Academy High School baseball team is quickly getting even.
Westfield Tech pulled to within one game of the .500 mark, improving to 2-3 with a convincing 15-5 win over the Belchertown Orioles Thursday at Bullens Field.
“We were able to get a lead and hold it, which had been a problem so far,” Westfield Tech coach Bob Eak said. “I’m very proud of the way we played today. Hopefully we can keep the competitive mindset moving forward.” 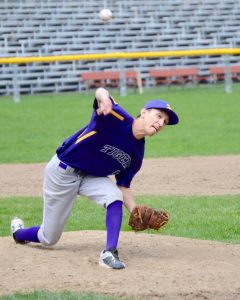 Westfield Technical Academy pitcher Nick Clegg follows through on a pitch to a Belchertown batter Thursday at Bullens Field. (Photo by Chris Putz)

SOFTBALL
Moniz Ks 14
Westfield 7, Chicopee Comp 1
Haley Moniz recorded 14 strikeouts and walked none in a superb effort on the mound for Westfield. Moniz tossed a complete game three-hitter.
“Today, Haley had all of her pitches working and she was throwing strikes from the very first pitch,” Westfield coach Tim Desmond said. “We have had our share of defensive struggles this year, but now we seem to have put some of that behind us.”
The Westfield offense received a boost from Morgan Zabielski, Brit Kowalski, and Sam Schieppe, who each had two hits.
“We left a few too many runs out there today,” said coach Desmond, whose team managed to pull ahead with timely hitting late. “Every game we are seeing improvement and the team is starting to see their hard work pay off. That motivates them when they start to see our results. …It’s great to see the team happy and playing well.”

BOYS’ LACROSSE
Lee surges past STM
Lee 13, St. Mary 4
Lee jumped out to a 6-0, first-quarter lead and cruised from there.
Aaron Blanchard led St. Mary with three goals for his first hat trick of the season. Sam LaBombard (1 assist) also scored for the Saints.
St. Mary’s Ed Towers had two assists, and Padraig Smith and Zach Smith each had one.
Jeremy Hoar finished with 16 saves in net for St. Mary.