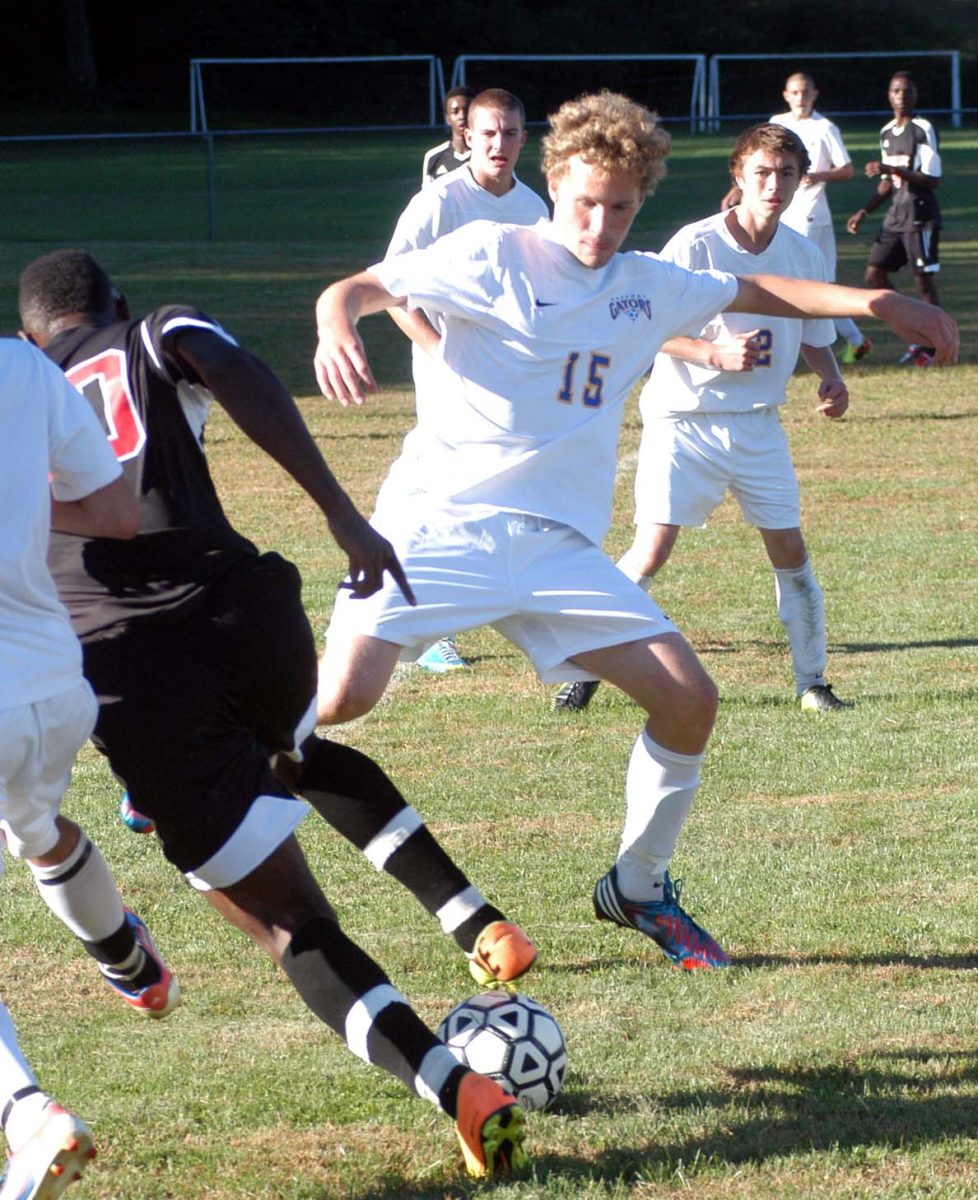 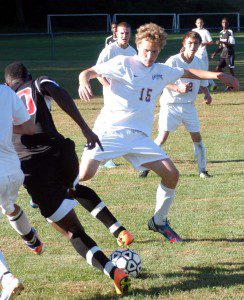 HUNTINGTON – Renaissance School’s John Togba sped past Gateway, and the Phoenix surged to a 2-0 win over the Gators in a boys’ soccer game Wednesday.
Togba broke a scoreless tie in the opening minutes of the second half and tacked on an insurance goal with 3:29 remaining in regulation.
Renaissance came out of the gate with speed, displaying a prowess for footwork and agility on the field. While the Phoenix dominated the first 20 minutes of the second half, Gateway responded with patience, and smart, heady play. The Gators regained some momentum heading into the half.
Well-rested, Renaissance stepped on the gas pedal, accelerating with a goal on a quick burst from Yabet Evkallo to Togba to begin the second half. Togba muscled a shot into the net.
Gateway goalie Mike Arel, under pressure almost all game, did his best in net. He went on to finish with seven saves. He made a diving save on Jamison Major’s direct kick with about 15 minutes left. Major tried to squeeze a bullet by the post from a few yards away, but Arel made a diving save.
Renaissance’s constant offensive press broke down Gateway’s defense in the final minutes. The Phoenix secured the victory.
“We did everything we could,” Gateway coach Tim Gamble said. “We marked them … Mike Arel was in position on every ball.”
“They didn’t score until the second half,” the Gators coach added. “Togba is big, strong. They’re a very quick team.”
Gateway fell to 2-2-1.
Southwick 1, Palmer 1
PALMER – Ryan King scored on an assist from Jon Collins for a 1-0 lead in the 54th minute Wednesday night at Legion Field. Palmer rallied to tie the game in the final seven minutes with an unassisted goal from Kyle Ingram.
Patrick King made 16 saves for Southwick.
JV RESULTS
Southwick 4, Palmer 1
Matt Lacrenski, Brandon Caster, Dylan Parrow, and Jack Lebo scored one goal apiece for unbeaten Southwick (4-0). Lecrenski, Jake Stathers, and Hogun Kang earned assists.