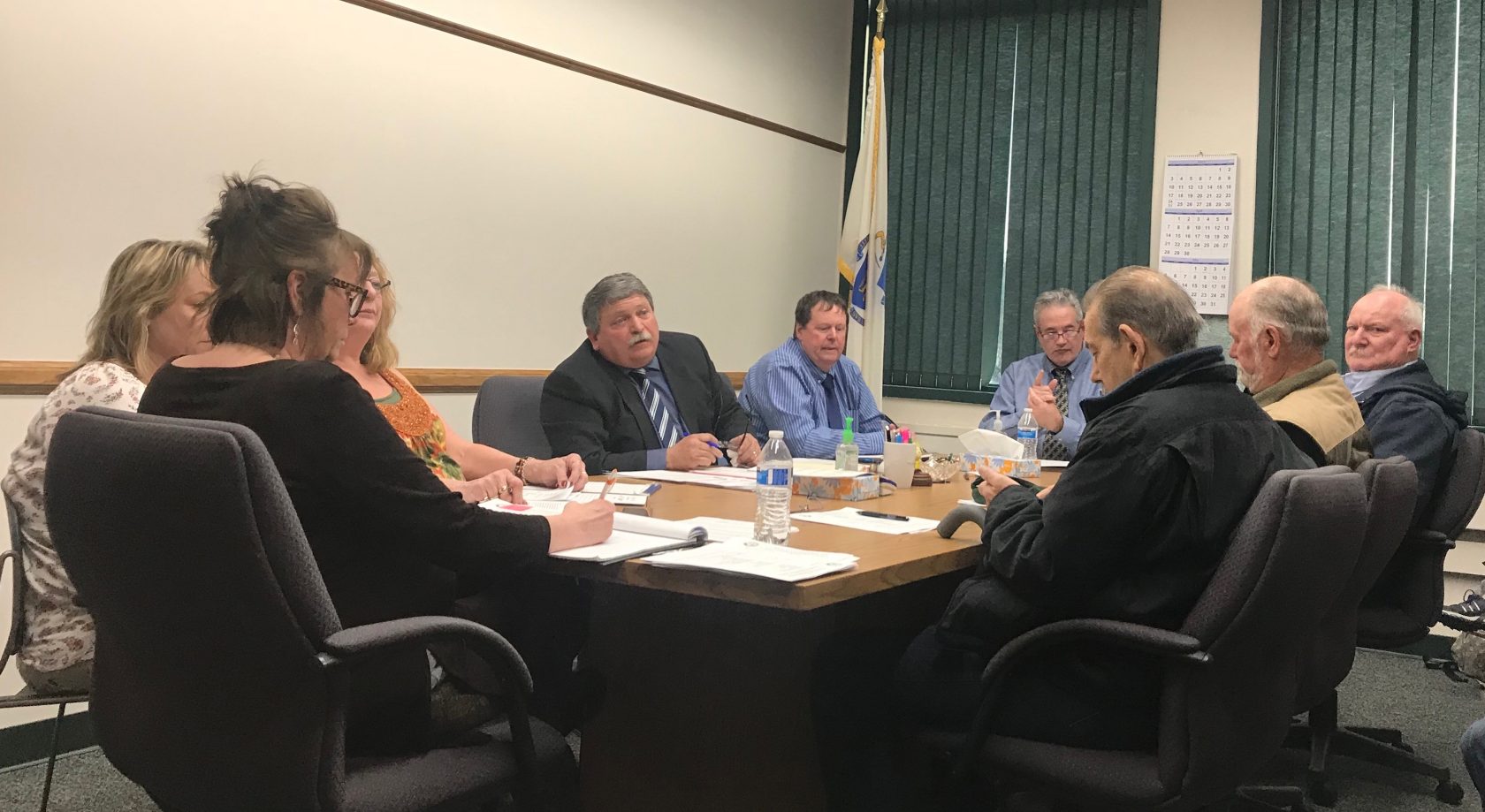 Currently, there are two warrant articles that will be addressing funding for helping to preserve the open space property adjacent to Congamond’s North Pond. The first warrant article is to see if the town will allow the CPC (Community Preservation Committee) to allocate $500,000 out of their account to go towards preserving North Pond. 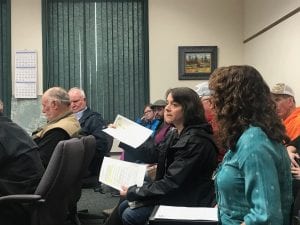 Alain Peteroy of the Franklin Land Trust is seen making a public comment on Thursday night during the discussion of North Pond. (Photo by Greg Fitzpatrick)

The second article is to see if voting residents will allow the town to bond $1.2 million over a number of years. The Franklin Land Trust, the proposed purchaser of the North Pond land, is about $1.7 million short of raising the total $5 million it would take to preserve the 146-acre property. The request for the $1.2 million would be the remaining balance if the town votes to allocate the CPC money.

The $1.2 million in bonding became a warrant article due to North Pond supporters and Southwick residents Michelle Pratt and Sabrina Pooler initiating a petition and received the required 150 signatures from Southwick registered voters in order to bring it to special town meeting.

Despite the $1.2 million in bonding currently being on the warrant article, the Select Board has informed voters that the bond would affect the tax rate and the taxpayers in town. As a result, the Franklin Land Trust submitted an application to the CPC on March 7 to see if the CPC would vote to bond the $1.2 million out of their CPC account.

The CPC will be holding a meeting on Monday at 7 p.m. to vote on the Franklin Land Trust’s request. If the CPC votes in favor of the request, it would turn into a warrant article at the special town meeting on Tuesday. This means that a warrant article for using the CPC money would most likely replace the warrant article that would allow the town to bond the $1.2 million. The money coming out of the CPC account wouldn’t affect the tax rate and the taxpayers as it would be bonded through the CPC’s account for up to 30 years. 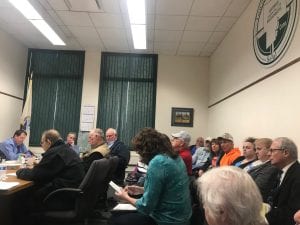 A number of people attended the Select Board meeting on Thursday night. (Photo by Greg Fitzpatrick)

A number of Southwick residents supporting the preservation of the North Pond property spoke on Thursday night about their desire for the project.

“We’re willing to pay those taxes to keep our town a rural community,” said Michelle Pratt.

Robert Wichroski was frustrated with some people not in favor of preserving the land.

“I’m very deeply dissatisfied because our main concern here is the wells, our drinking water,” said Wichroski. “If we don’t preserve and protect, we’re going to lose that.”

“We’re not outright opposing it. We’re trying to evaluate the financial aspects of what’s being proposed,” said Pinell. 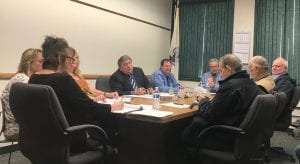 The Select Board is seen meeting with the Finance Committee on Thursday night to discuss the upcoming warrant articles at the special town meeting. (Photo by Greg Fitzpatrick)

Terry Mish, another Finance Committee member, informed the crowd that he was in favor of a potential warrant article for the CPC to bond $1.2 million out of their account, if the CPC passes it on Monday night. His statement resulted in a joyful response from North Pond supporters.

“I know personally, I would be voting for the additional funding for the CPC for them to bond that ($1.2 million) amount of money,” said Mish. “It’s a worthy project in my opinion.”