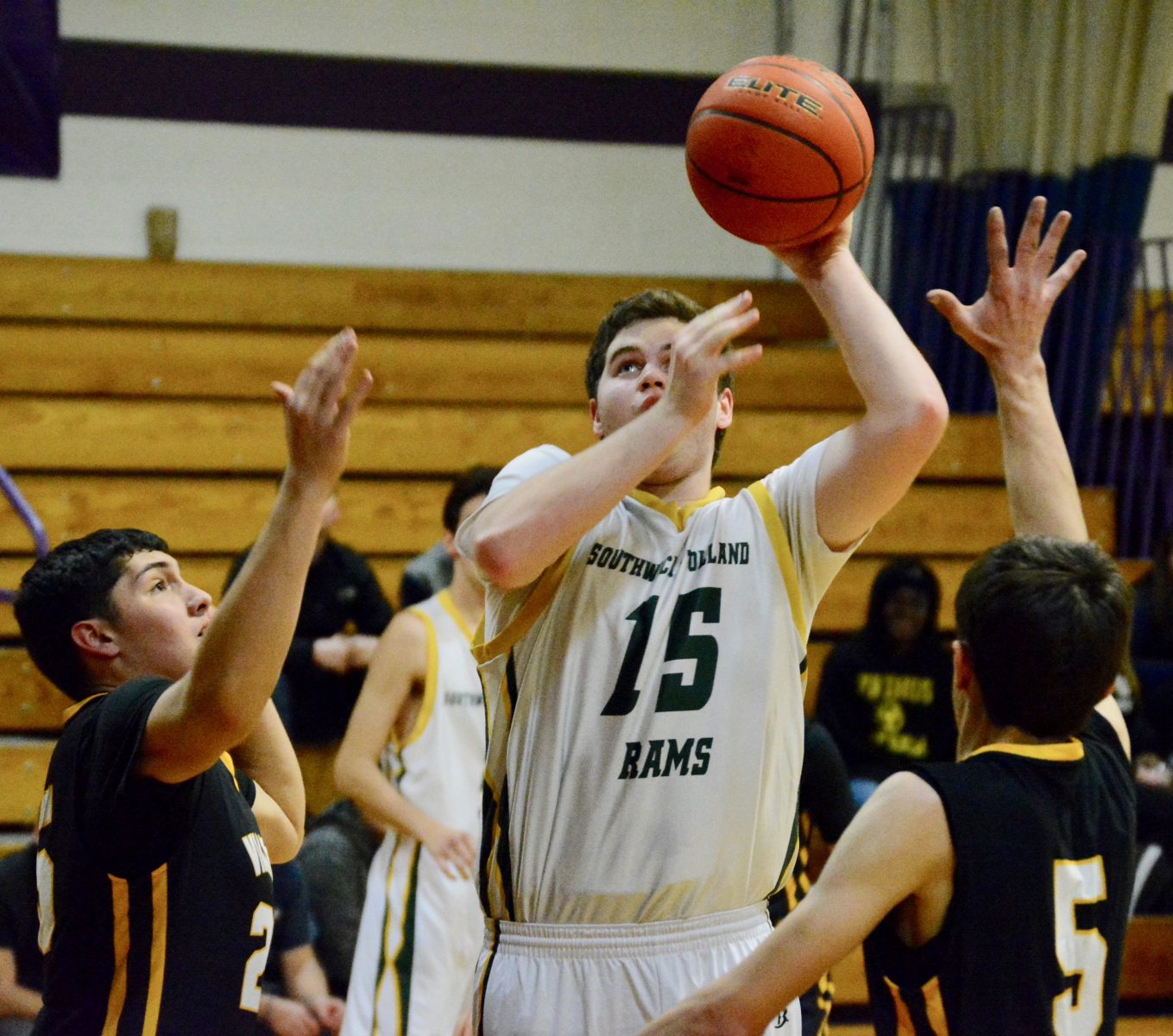 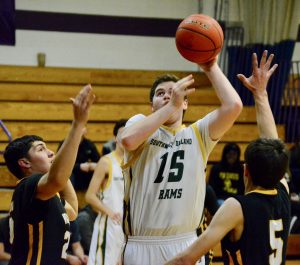 HATFIELD – Two games in to the high school boys basketball season, the Southwick Rams are proving to be too good.
Hunter Iglesias scored a game-high 17 points in a game that saw nearly every Southwick player get involved, and the Rams rolled past the Smith Voke Vikings 79-35 in the Falcons Hoop Classic Thursday night at Smith Academy High School.
Southwick went up 39-22 at the half and pulled away with a 28-point, third-quarter explosion.
“It’s still early in the season and we’re still teaching the kids about playing the right way,” said Southwick coach Dylan Dubuc, whose team improved to 2-0. “We have stretches of periods that we are doing well and playing the way we would like them to do with good defense, and offense off of energy.”
Bradley Durand (12 points) and Evan Clarke (10) also produced double-digit scoring outings for Southwick. Rams’ Tim McGrath and Devin Parrow each had nine, and Billy Strain finished with eight.
“We’re still learning,” coach Dubuc said, “but we’re still excited for what we could be this season. The future is bright if we could take the right strides.”
Southwick’s head coach said he expects seniors Iglesias and McGrath, both four-year varsity players, and three-year varsity seniors Strain and Durand to shoulder the bulk of the load.
Southwick senior Zack Thorne, who missed Thursday’s game due to illness, is also expected to play a key role on the team as the fifth man.

Falcons fly high
Smith Academy 74, Gateway 11
Smith Academy raced out to a 20-0 lead after one quarter and never looked back in Game 2 of the Falcons Hoop Classic. The Falcons led 33-4 at the half, and also produced a 20-0 third quarter output.
Carter Woodward (19 points), Matt Bouley (14), and Brett Gratz (11) all finished with double-digits in the scoring column for Smith Academy.