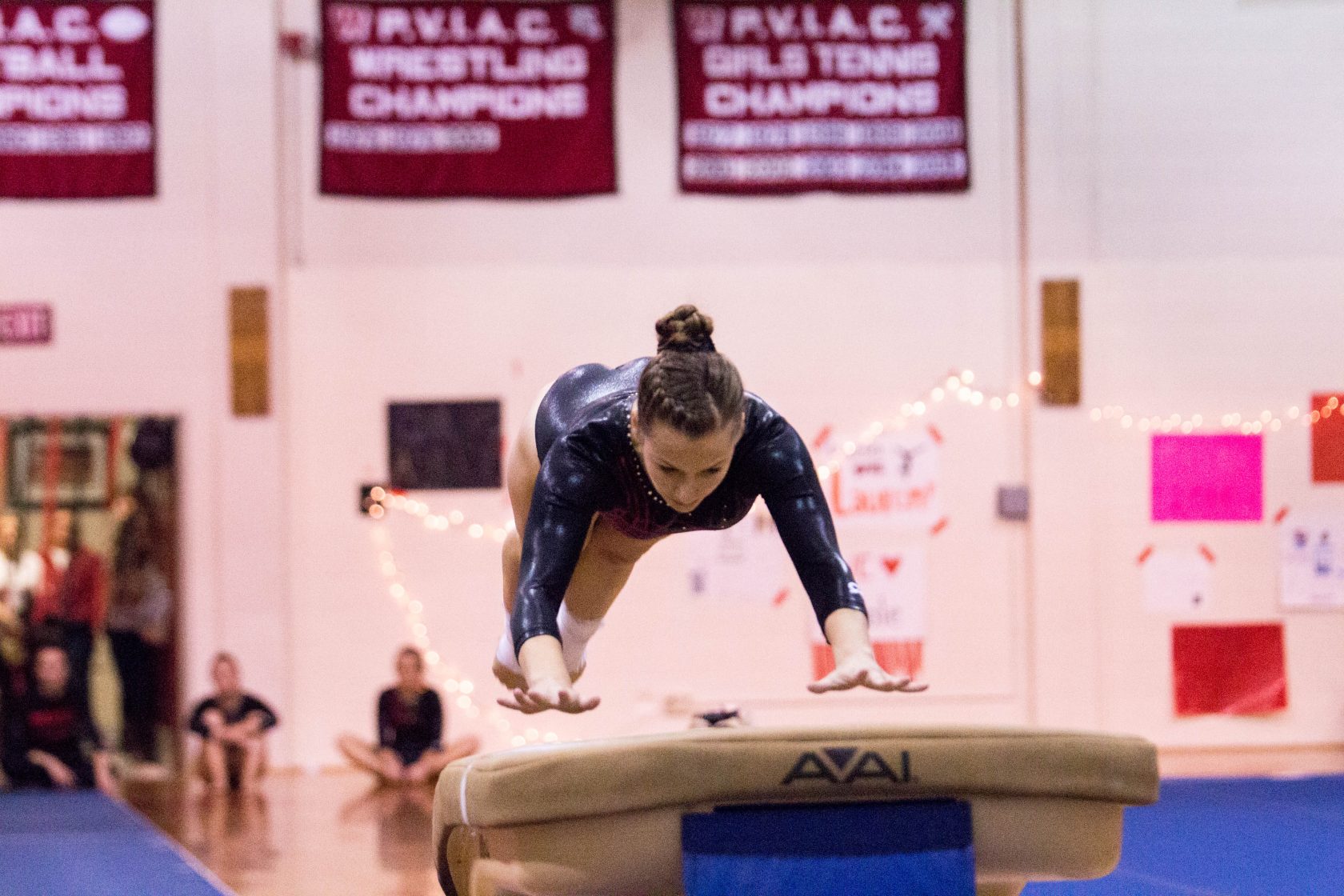 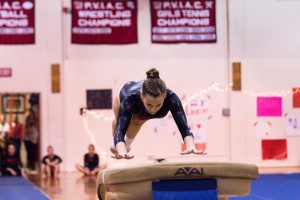 WESTFIELD – There is one thing for certain in life – the Westfield High School gymnastics team will win.
And win big they did.
Westfield secured another first-place victory, scoring 132.55 points to defeat Chicopee Comp (124.175) and Agawam (116.50) Tuesday. For the unbeaten Bombers, it was their 11th and 12th straight victories of the season and 137 in a row.

LATE RESULTS
JV FIELD HOCKEY
Westfield 3, Agawam 0
Kailey King scored the first goal of the game at 18:21, assisted by Diana Shia. The next Westfield goal came off a corner play at 11:14 when Hannah Jarvis inserted the ball directly to Liz Poteat who drove it into the circle where Shia was waiting to get the touch in and her first goal of the game. Shia scored her second goal at 9:39 to put the Bombers up 3-0 at the half.
Westfield goalkeeper Emily Ciccolo notched her first shutout victory with three saves. Kali Fantakis, Grace O’Connor and Jenny Bourgoin contributed to the win with strong play throughout game.
With only one game remaining, Friday at home versus West Springfield, the Junior Varsity’s record stands at 10-3 for the season.