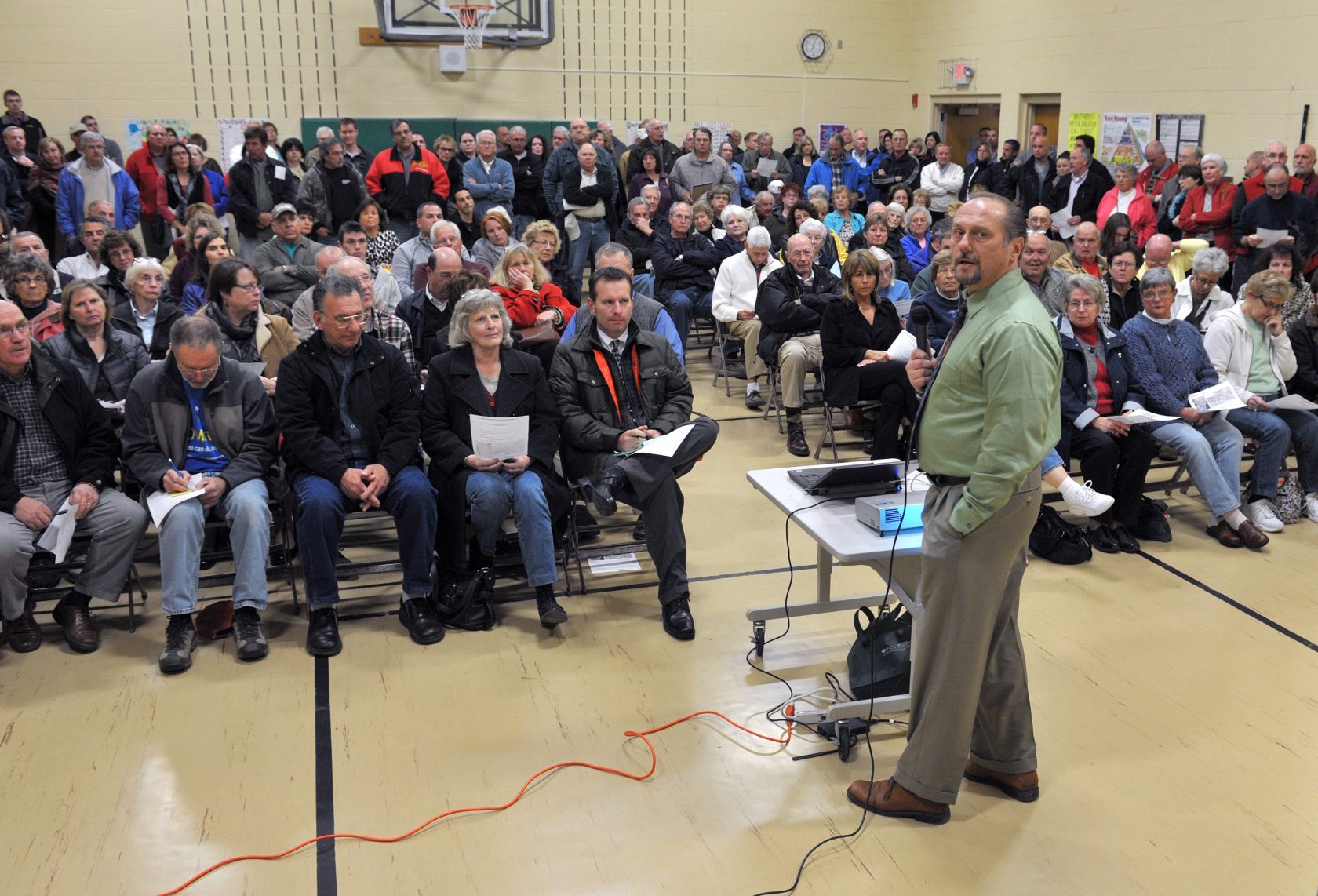 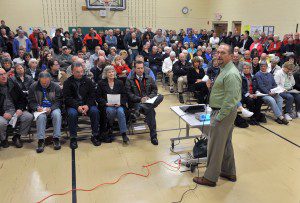 WESTFIELD – More than 200 residents of the Western Avenue neighborhood packed into the small gym of Highland School to hear details of the proposed reconstruction of roadway efforts now being developed.
Those improvements are intended to relieve bottlenecks at points where vehicles attempting to make left turns stop traffic. The choke points include the Lloyd Hill intersection, as well as westbound traffic on Western Avenue turning into Stanley Park and eastbound traffic turning into the Woodward Center.
The project stretches from the intersection of Court, Mill and High streets to the intersection of Western Avenue, Bates Road and Upper Western Avenue, but the greatest impact occurs between Lloyd Hill and Laura Drive.
The dedicated left-turn lanes would require the road to be widened, and the removal of a dozen trees to accommodate the wider pavement width.
Residents expressed concern that the improvements, intended to increase safety, will only increase traffic, both in terms of speed and volume, making the corridor more dangerous for residents, not only for those living directly on Western Avenue, but also those on side streets.
Several residents said the real purpose of the roadway improvements is to accommodate expansion of Westfield State University.
One resident, Christine Dow, was applauded by the residents crowded into the school when she objected to the project as presented.
“What we want are enhancements from Russell Road, our sidewalks upgraded and our roads paved,” Dow said. “We want our neighborhood back. It’s going down the tubes because you keep adding accommodations for the college.”
Other residents rejected the plans because of concerns that it will have a dire impact on the safety of residents, and that the improvements will only increase speed and the seriousness of injuries resulting from collision.
Ward 4 City Councilor Mary O’Connell, who organized the informational hearing, has campaigned against installation of additional traffic signals, but many residents suggested that more traffic lights be installed to create breaks in the traffic flow to allow residents to safely make turns on and off the street.