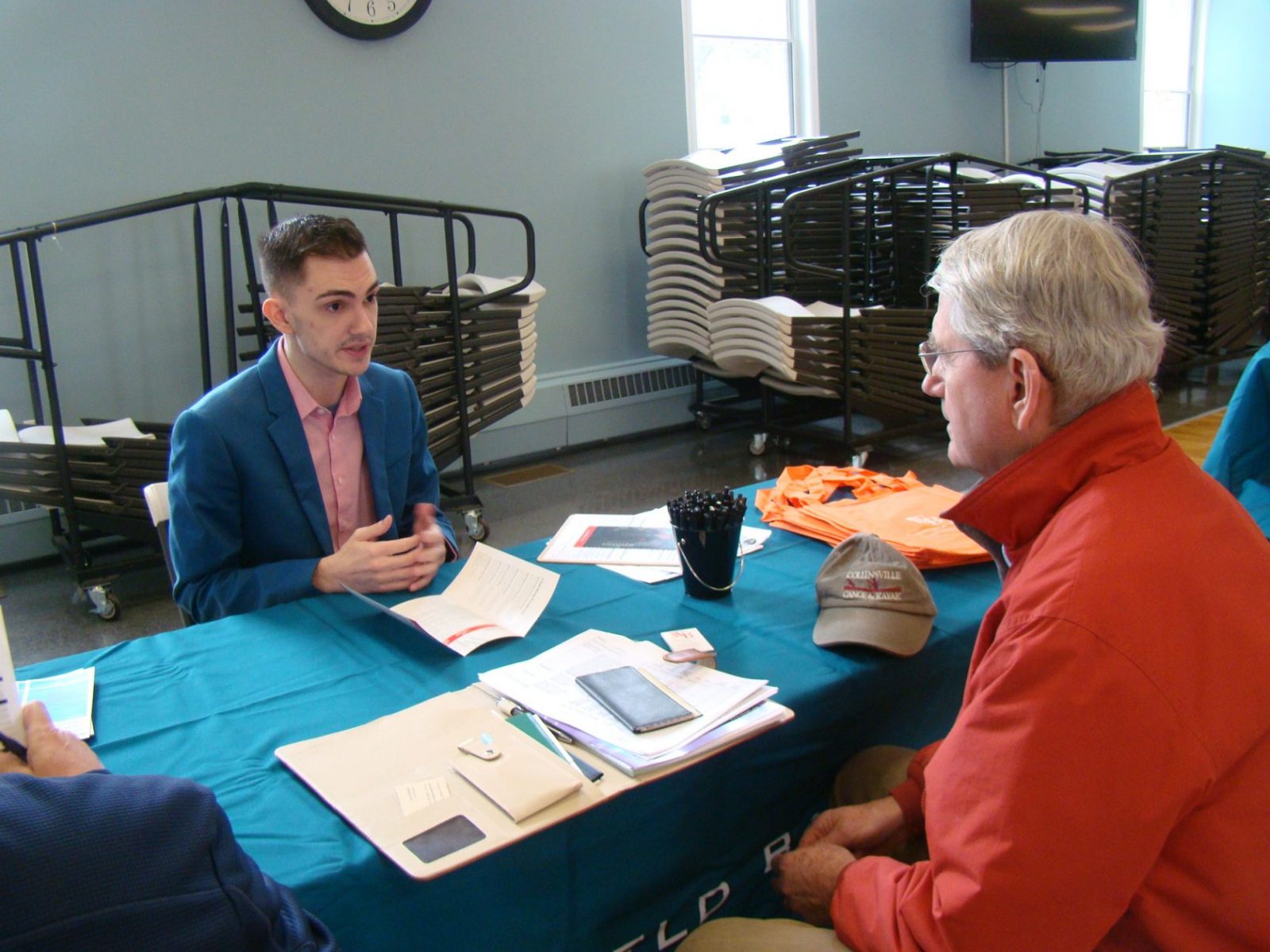 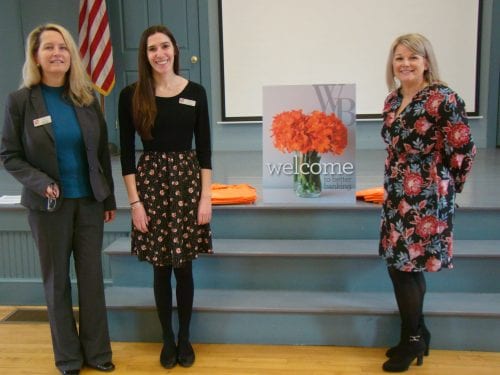 HUNTINGTON –  Westfield Bank representatives came to Stanton Hall Feb. 20 to greet people and answer questions about its upcoming branch opening.
Westfield Bank  bought the former People’s United Bank branch office at 14 Russell Road in Huntington after People’s announced its intention to close the branch following its merger with United Bank in November. The Russell Road branch is the only bank in the hilltowns. Following the announcement, more than 600 signatures were collected on a petition objecting to the closure.
“We’re meeting and greeting our newest customers, excited to answer any questions customers have,” said Westfield Bank Regional Manager Kelly Pignatare. Pignatare said they opened the doors of Stanton Hall at 11 a.m., and already had nine new accounts by 1 p.m., with more people on the way.
Not only is Westfield Bank keeping the branch open, they are keeping the team, having hired the four staff at the area branch. Laurie Mikalunas will remain branch manager, with Maryann Calabrese, Kelly Holmes and Chelsea Edinger also staying.
Pignatare said there will be minimal interruption of service as the branch changes hands. After closing over the weekend, the branch will be closed on Monday, Feb. 24 and reopen as Westfield Bank hopefully by Tuesday, Feb. 25. 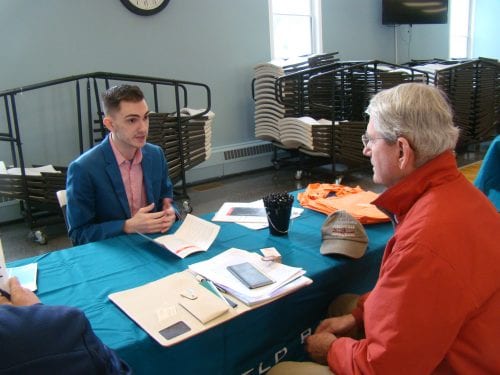 The ATM will be out of service for a few days, she said.
“Security is the top priority,” PIgnatare added, saying that there will be little change at first to the building. “We’ll spruce it up over the spring and summer,” she added.
At the meet and greet, Andy Myers of Chester, chair of the Hilltown Collaborative was speaking to Better Banking Specialist Cody Goncalves. “I’m welcoming them here, and switching an account,” Myers said.
Pignatare said they’ve had quite a few comments from residents thanking Westfield Bank for investing in the community.
Pignatare said they were happy to do it, as well as to provide more convenient services to the customers they already have in the area.