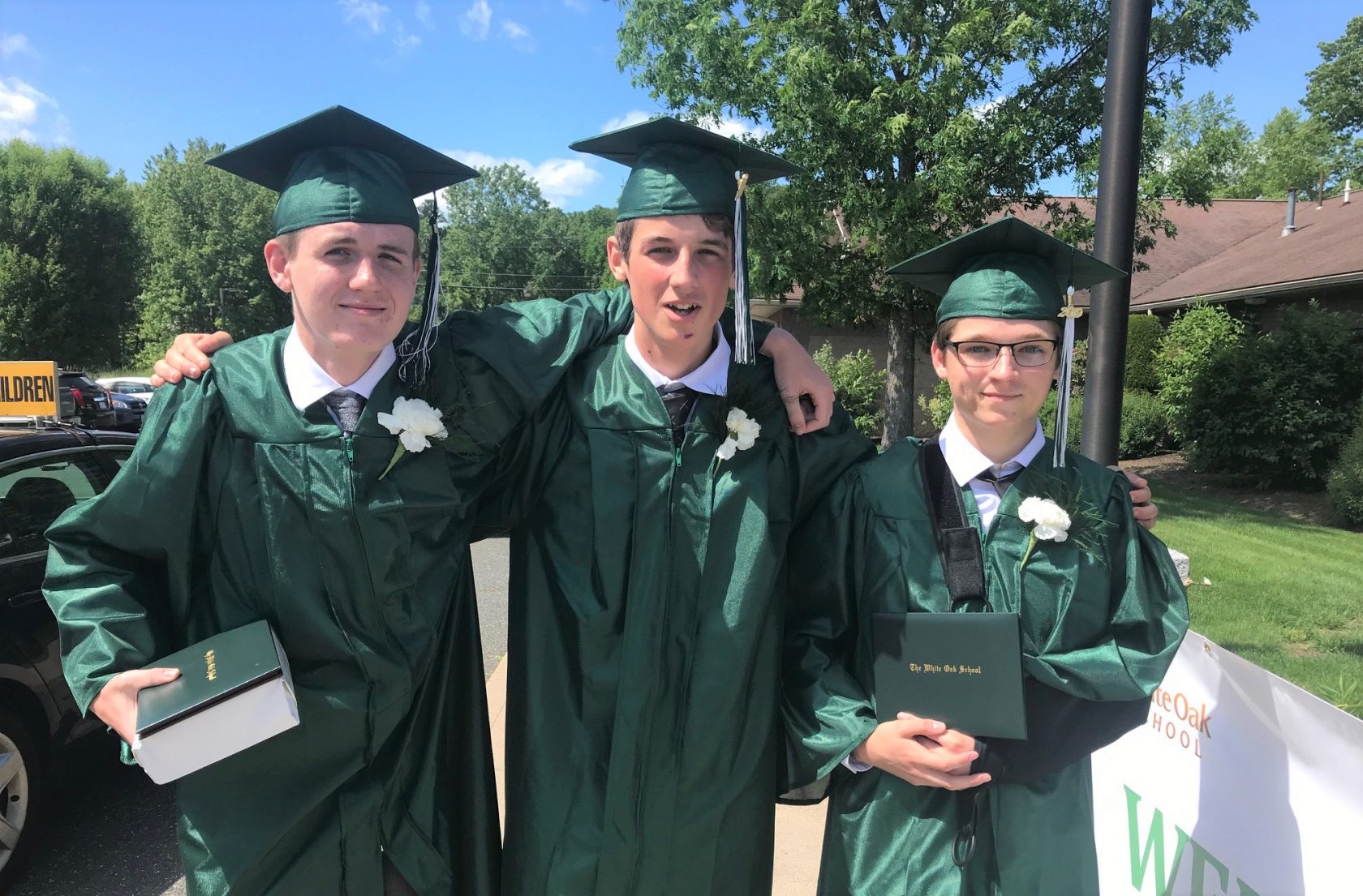 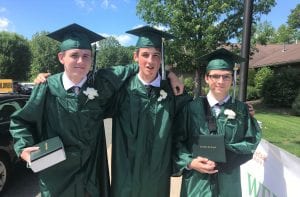 WESTFIELD – High school graduation is a time to celebrate accomplishments, lessons learned, friendships made and the future. For students at White Oak School, it means all this and more.

For the 12 students in the Class of 2019, school was always a struggle — often both academically and socially — before coming to White Oak. Many didn’t think they would graduate, let alone continue their studies in college.

“When I started at White Oak, I was struggling,” said graduate James Wynne. “I was failing and falling farther and farther behind my peers. It was clear that I needed help.”

Wynne said he received that help and will study movement science at Westfield State University this fall with the goal of becoming a physical education teacher. Wynne said his future, which once seemed so dim, is finally bright and he has the tools to succeed.

“Today, I understand how I learn,” he said. 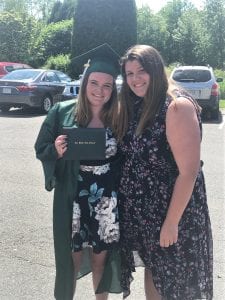 Every graduate spoke during the White Oak commencement June 3, held in the school auditorium. And every student shared a similar success story and expressed that they once thought graduation was an impossible task.

“Here at White Oak, the teachers know how to teach us,” said graduate Bevan Carpenter.

“I am going to BayPath University,” said Eden Stoops. “Because of this school, I have the proper tools to help me succeed.”

“I used to believe all schools were the same,” he said. “To this day I’m shocked how wrong I was. White Oak doesn’t just care about me academically, they care about me as a whole.”

Harrington said his time at White Oak has been the happiest of his life.

“From the first day I felt like I belonged,” she said. “Right off the bat I formed a squad.”

For Sarena Gonzalez, White Oak gave her a path academically and a group of friends.

“I left public school because they didn’t know how to teach me,” she said. “Here, there is a family atmosphere and a bond between teachers and students. Before coming to White Oak, I didn’t fit in. Everyone treated me like an outcast.”

The bond between faculty and students was evident Monday. Academic Dean Jody Michalski teared up throughout the ceremony where she and Dean of Students Gerard McGovern spoke about each graduate.

Michalski spoke about Jordan Buzzell who started a mentoring program at the school where seniors were paired up with a younger student to mentor.

“This will be your legacy,” she said.

Michalski also spoke of Evan Forte’s transformation into someone who believes in himself and how Connor Hughes first came to White Oak “sharp as barbed wire” and evolved into someone willing to accept help. She quoted Cinderella when speaking about Izzy Jordan, saying “the greatest risk is to be seen as we are.”

Kind and inspiring words were said about and by each graduate during the ceremony, which was followed by a reception for the graduates and their families at the school.