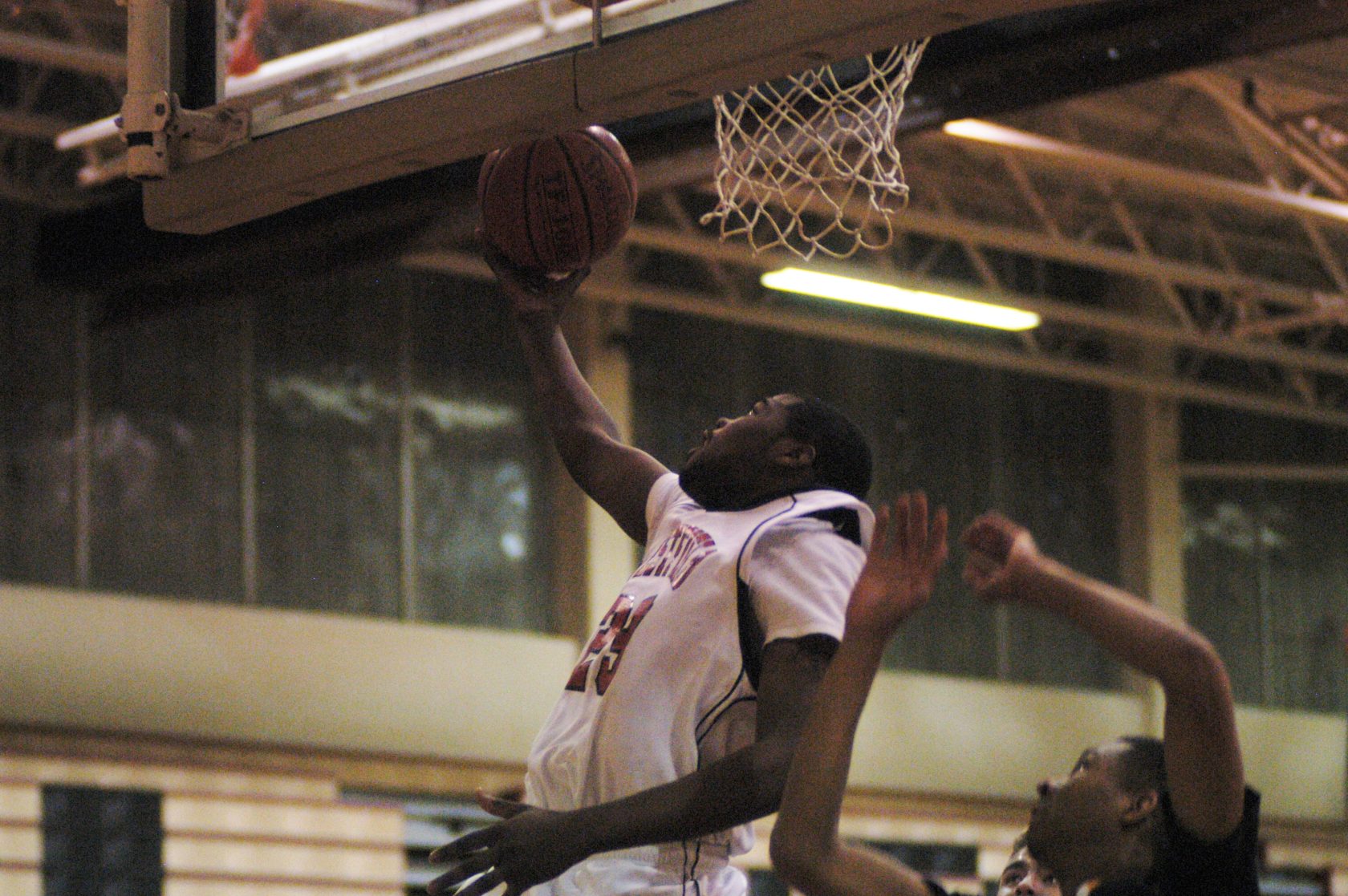 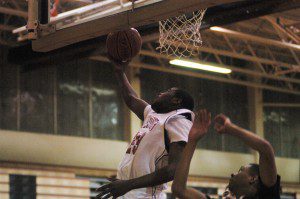 WESTFIELD – For several minutes in Wednesday night’s high school boys’ basketball game, the Westfield Bombers’ style of play conjured up memories of championship-caliber play from former players such as Jordan Santiago, Alex Garstka, Aaron Rogers, Adam Rivera, Alex Frazier, and Joe Meade.
Westfield rallied from a big deficit only to lose to Central late, 59-50, Wednesday night at home. The Bombers received big time efforts from Isaiah Headley (15 points), Demetrius Rogers (9), Richard Barnett (7), and several others.
Ju’an Williams and Chris Baldwin led the Golden Eagles with 19 and 16 points, respectively.
Westfield fell behind from the outset as Central opened the game with a 19-5 run. Williams made an and-one 3-pointer for a not-so-typical 4-point play, and a traditional and-one for three more with 2:22 remaining in the first quarter.
Headley hit a key buzzer-beater to close out the quarter and pull Westfield within 21-10.
In the second quarter, the Bombers hung tough with key plays from Alex Brown (a solid post move for 2 points), Headley (an acrobatic layup along the baseline), Rogers (a reverse layup), and Aric Laplante (3-pointer).
Westfield, which easily could have thrown in the towel early, trailed at the half, 31-21.
“I told (our players) at halftime, ‘We could have been this close – inches apart – from getting embarrassed, but we showed some true character,’” Bombers coach Bill Daley said.
Westfield cut Central’s lead to single digits in the third quarter with two free throws from Rogers, and then again with a corner three from Barnett. A three from Isiah Pizzaro gave Central another double digit lead though, 36-26.
Westfield made it a 38-35 ballgame with two free throws from Headley, a Rogers’ trey, and a steal and lay-up from Headley with 3:30 left in the third quarter. Central extended the lead to seven points to begin the fourth quarter, 44-37.
Central opened the last quarter with a two-point bucket from the 6-foot, 8-inch Baldwin, his fourth basket in the team’s last five makes.
Westfield responded with an 11-0 run.
Brown made a 2-point shot. Headley converted successive 3s, and Laplante added another shot from beyond the arc to give the Bombers a 48-46 advantage with 4:54 left in the game.
Although Manny Golob did not shot up in the scoring column, Daley said the Westfield junior forward was also a crucial factor in the team’s successful run Wednesday.
Over the course of the next few minutes, Central turned to its shifty guard, Williams, who scored a quick five points. A free throw and a put back from Baldwin completed an 8-0 run. The Golden Eagles led 54-48 with just over a minute remaining.
Westfield was forced to foul in the final minute. Williams made 5-of-6 from the free throw line to seal the game for Central.
“Every time we were right there, our inexperience showed a little bit,” said Daley, whose team failed to box out and rebound the ball, turned it over, and managed to get to the free throw line just once over the final eight minutes.
The Bombers (3-7, 0-1) return to action Thursday against the Terriers at West Springfield. Tip-off is at 7 p.m.
GIRLS’ HOOPS
St. Mary 38, Dean Tech 10
Lauren Chapdelaine (11 points) and Elizabeth Lincoln (10) led St. Mary to its first victory of the season. Saints’ Karissa Foley (6), Elisa Kosinski (3), Tessa Kielbasa (2), Alison Stanlewicz (2), Francesca Depergola (2), and Casey Rutledge (2) also scored for the Saints.
Dean Tech’s Elba Rodriguez scored a team-high six points.