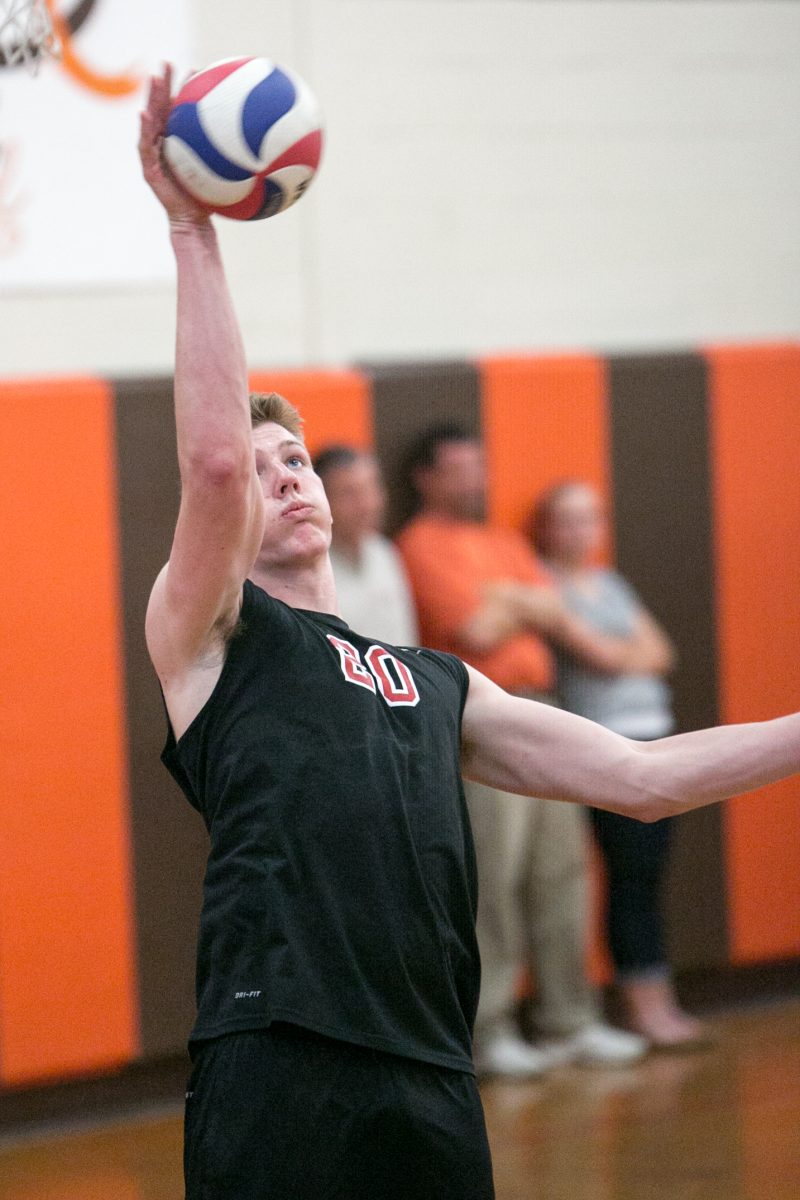 WESTFIELD – The Westfield High School boys’ volleyball team is about to embark on an odyssey like no other.
For the first time in school history, Westfield claimed its first Western Massachusetts championship in the sport by knocking off the defending champion Chicopee Comp Colts. 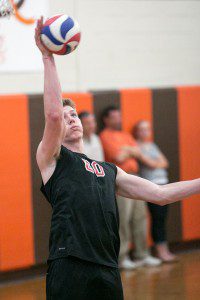 Ryan Bucko serves the ball for Westfield. The Bombers’ boys’ volleyball team are seeking just one more win, which will net a state championship trophy. (File Photo by Liam Sheehan)

The Bombers took the next step by sidestepping the northern champ Chelmsford in a state semifinal game Monday night at Newton North High School in the eastern part of the state.
It was not easy though as Chelmsford nearly took a 2-sets-to-none lead on Westfield.
Chelmsford won the first set 25-21, and rallied from a 23-18 lead. The Lions took a late lead, 24-23, and served for game-point three times.
The Bombers bent, but did not break.
Westfield managed to escape the second set with a victory, and controlled the tempo the rest of the way.
“I think we played the first game scared,” said Westfield senior Manny Golob, who led the team with 30 kills and 16 digs. “We were a little nervous, but we got our jitters out.”
Up until that point, Westfield had faced very little adversity. The Bombers dominated the regular season, going undefeated – sweeping nearly every opponent 3-0 – until losing to Chicopee Comp on the Colts’ home court.
Westfield avenged that loss when it mattered most – in the west sectional title game.
Now, the Bombers (20-2) will be tasked with taking on undefeated south champion Needham (25-0), which eliminated Lincoln-Sudbury, 3-0, Tuesday night.