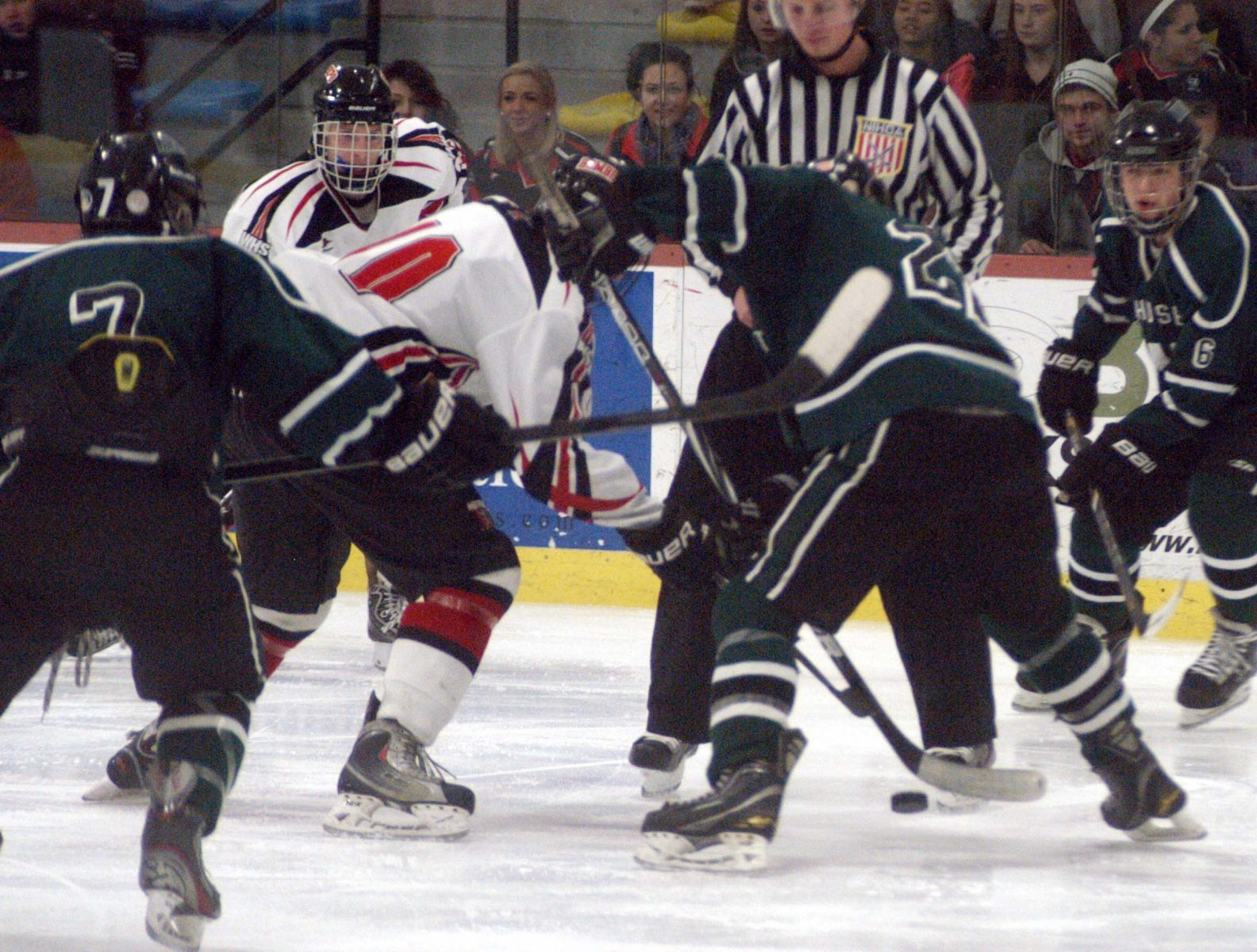 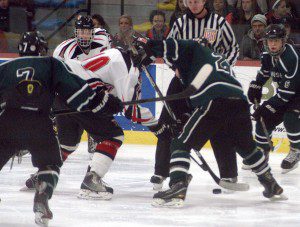 The Westfield and Wachusett high school hockey teams face off during a 2012-13 regular season game at Amelia Park. The two teams will square off for the third time this season in what figures to be a heavyweight fight Thursday night at Fitchburg State University. (Photo by Chris Putz)

WESTFIELD – The state Division 3 hockey semifinals might as well be Round 3 of a heavyweight fight.
The Western Massachusetts champion Westfield Bombers (16-6-2) and Central champion Wachusett Mountaineers will meet for the third time this season, Thursday night, in the rubber match for the right to a trip to the finals at the TD Garden in Boston this Sunday.
The semifinals will take place at Fitchburg State University’s Wallace Center, Thursday, beginning at 7:40 p.m.
“We’re going to give it a good shot,” Westfield coach C.B. “Moose” Matthews said. “I expect a tight game – it’s playoff hockey.”
The two teams split during the 2012-13 regular season over a three-day span. Westfield lost the first meeting 4-2 at Amelia Park Ice Arena, but bounced back on the road, defeating Wachusett 5-1 to even the season series at 1-1.
“The second time, we played a very good defensive system against them,” coach Matthews said. “Our forwards were picking up their wings. That was the key.”
All five of Wachusett’s goals against Westfield have originated from the first line. It will be essential for the Bombers to limit their goals in the state semifinal game.
“They have one real big line that is quick and can move the puck as a unit,” said Matthews. “If we can shut them down, good things can happen.”
Wachusett advanced to the state tournament with a 3-2 shootout victory over Groton-Dunstable, a former Division 3A team loaded with talent.
“Wachusett goaltender (Jake Strasser) made some key saves (in the Central championship),” Matthews said. “We’ve got to get in his face, and get the puck by him.”
Westfield made it through the Western Mass. tournament field with a 2-1 semifinal win over West Springfield, and a 7-0 blowout victory of East Longmeadow in the title game.