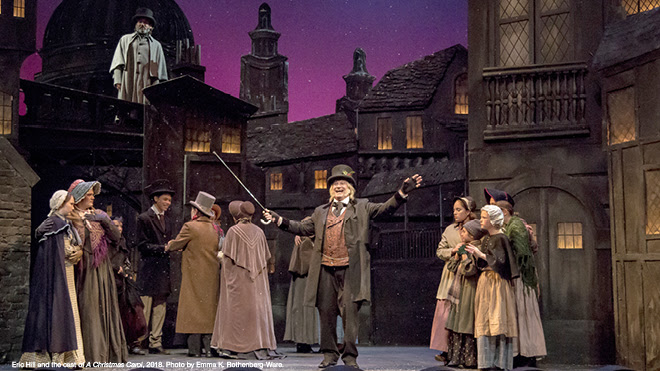 Broadway on the Cheap

The New Year brings NYC Broadway Week to The Big Apple on January 21-February 8, when most of the Broadway shows offer two-for-one tickets. Partkcipating shows will be announced on January 8, when tickets go on sale. For details: https://www.nycgo.com/about-nyc-broadway-week

The Theatre Development Fund offers discounted tickets to Broadway shows, concerts, dance performances, and more year-round, if you qualify for membership. You pay an annual fee, and then can see the menu TDF are the people who creatred the TKTS discount ticket booths on Times Square and the South Street Seaport. For details: https://www.tdf.org/nyc/10/tdf-membership

Matthew Pugliese, who served as Managing Director of Connecticut Repertory Theatre and Executive Producer of the Nutmeg Summer Series, will depart the organization in late November. There will be a search for his replacement. Pugliese will become the Associate Director for the Connecticut Small Business Development Center 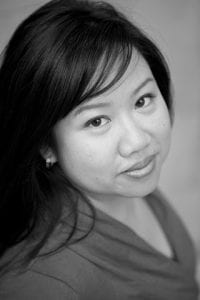 Wendy Moy has been named Artistic Director of The Hartford Gay Men’s Chorus. Moy is currently Director of the Eastern Connecticut Symphony Chorus and Director of Choral Activities and Music Education at Connecticut College. For details: www.hgmc.org

Beryl Jolly, Mahaiwe Performing Arts Center Executive Director for 15 years, steps down from her position at the end of 2019. She will continue to help the Mahaiwe during the leadership transition in 2020. Janis Martinson has been named acting executive director. Martinson has served as the theater’s director of advancement since July 2017. For details: www.mahaiwe.org.

ArtsBeat is also now on radio and television! Tune in or stream every Friday at 8AM, on 89.5fm/WSKB or WCPC15 .Upcoming guests include Berkshire Theatre Group’s “A Christmas Carol” adapter and “Scrooge”, Eric Hill and director Travis Daly, on December 6; then, a two-part special at Hartrford Stage on December 13 and 20. Meet new Artistic Director Melia Bensussen and Managing Director Cynthia Rider, plus members of A Christmas Carol. On December 27, area arts reporters join Mark G. Auerbach for a recap of 2019 in review. Tune in or stream: www.wskb.org or www.westfieldtv.org. 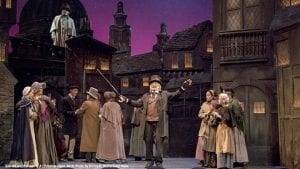 A Christmas Carol, adapted by and starring Eric Hill, plays The Colonial Theatre in Pittsfield on December 7-21. Directed by Travis Daly, A Christmas Carol has become a holiday tradition over the last 14 years. Prior to selected performances, Berkshire Theatre Group is offering dinner and theatre performances for A Christmas Carol at the nearby Thaddeus Clapp House. For details: www.berkshiregroup.org.

Jon Clinch, author of the novel, Marley, reads from his reimagined origin story that dives into the relationship between Jacob Marley and Ebenezer Scrooge, characters of Charles Dickens’ A Christmas Carol. Hartford Stage and The Mark Twain House present this program on December 10 at Hartford Stage. Actors Michael Preston and Noble Shropshire, who portray Ebenezer Scrooge and Jacob Marley in Hartford Stage’s  A Christmas Carol: A Ghost Story will read a scene and share the inside scoop about their characters’ relationship. For details: www.hartfordstage.org. 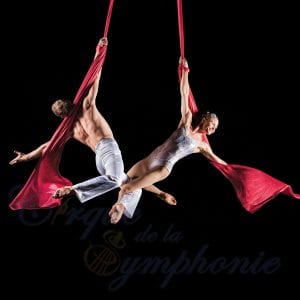 Holiday Card to Amherst, The Umass/Amherst Department of Music and Dance’s third annual concert by UMass Chamber Choir, Chorale, and Lab Choir on December 7 at the Fine Arts Center. . Led by choral conductors Tony Thornton and Stephen A. Paparo, the combined choirs will present a diverse program of works from the classical repertoire along with popular and traditional holiday carols and the ever-popular audience sing-along. For details: www.fineartscenter.com.

The UMass/Amherst Symphony Orchestra performs at the Fine Arts Center on December 9. Kristo Kondakçi conducts a program that includes Brahms’s Symphony No. 3 in F major, Mozart’s Magic Flute Overture and an arrangement of Queen’s Bohemian Rhapsody. Produced by the UMass Department of Music and Dance. For details: www.fineartscenter.com 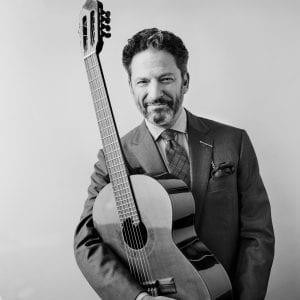 John Pizzarelli Big Band will perform at The Mahaiwe in Great Barrington on December 7. In this rare evening of big band music, the 16-piece band will play arrangements from Pizzarelli’s one-of-a-kind band book. With charts from arrangers Don Sebesky, John Clayton, Torrie Zito, Dick Lieb, and others, and songs from the catalogues of Duke Ellington, Johnny Mercer, Frank Sinatra, and the Great American Songbook, this promises to be a swingin’ evening. For details: www.mahaiwe.org. 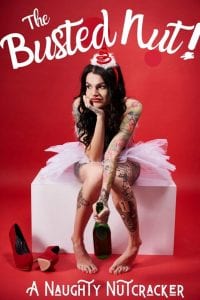 The Busted Nut – A Naughty Nutcracker, The Sonia Plumb Dance Company’s adults only take on the holiday classic, teams up with Hartford’s Black Eyed Sally’s restaurant, to present an interactive dinner theatre experience, A bawdy take on a classic and down home Southern food sound so inviting. December 13-15. For details: www.soniaplumdance.org or www.blackeyedsallys.com.

The Pansy Craze, a new musical which pays tribute to the groundbreaking and tenacious female impersonators of the Jazz Age who paved the way for the modern gay rights movement, will have its premiere reading on December 11 at Hartford Stage. Presented by The Hartford Gay Men’s Chorus, The Pansy Craze is directed by Charles E. Harrill, with book and lyrics by Michael Teger and music by Stuart Youns. For details: www.hartfordstage.org.