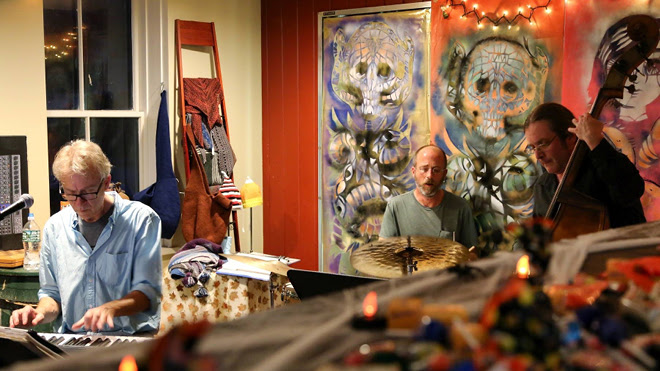 Resources for the creative economy as the pandemic continues

OK, at first, we thought theatres would be dark for a few months, and then Broadway said it hoped to raise the curtain in early 2021. Experts think it will be a year from now, before there’s a vaccine readily available, and that people are willing to take it. Tough times require tenacity. The creative economy has been challenged.

Many of the smart folks impacted, changed their costumes and did something new. James Barry, the musician, actor and director launched the very successful Corona Covers series, where one dedicated a song to someone, and he’d produce it, and post it to social media. He charged a fee and split it with a non-profit. His wife, actor Tara Franklin, had a very seasonal cookie business, Sweet Sam Bakes. The bake shop went year-round. And, as Barry enrolled at Smith in their playwriting program, and Franklin returned to teaching acting, both co-starred in Chester Theatre’s screening of Daniel Elihu Kramer’s The Story of King Lear. Dancer Kathryn Sullivan, who lost many students teaching via ZOOM, ramped up her Ballet Gliders company, while a costume designer in an area theatre, began producing customized masks. And, Alexander Sovronsky, actor, musician, composer-turned to teaching music online. If you want to study from home with the award-winning artist, he’s only a click away.

And, if you’re looking for work in the arts, here are some great resources:

Arts Extension Service at UMASS/Amherst, has resources for artists in all disciplines. http://www.umass.edu/aes/

Americans for the Arts. https://jobbank.artsusa.org/

ArtsSearch, a program of the Theatre Communications Group, lists jobs in the arts.

Hire Culture, an initiative of the Massachusetts Cultural Council, has a job bank. Hire Culture. https://hireculture.org/

If you’re turning a hobby into a business, consider the resources and advice in Jeanne Yocum’s The Self Employment Survival Guide. And, Yocum’s blog, Succeeding in Small Business has many resources. https://www.succeedinginsmallbusiness.com/the-self-employment-survival-guide/

Good luck out there.

What The Constitution Means to Me, Heidi Schreck’s 2019 Broadway hit, was scheduled to be on the Bushnell Broadway season. However, director Marielle Heller did a live capture of the play on film, which premieres Oct. 16 on Amazon Prime. Schreck stars in her Pulitzer Prize-nominated play, which also received two Tony Award nominations. The play had just begun a national tour, when the pandemic struck, so plans to tour it to Hartford are, at present, unknown. Amazon Studios, meanwhile, has struck a deal with Schreck to create more content for the up-and-coming network.

Connecticut Repertory Theatre will launch a virtual fall season on a dedicated ZOOM platform. The productions include Jacklyn Backhaus’s Men On Boats (October 8-18), directed by Beth Gardiner. The play is the story of William Powell and his crew, who are commissioned to explore the Colorado River in 1869. Gardiner has cast the comedy with women. CRT will present its first radio play, It’s A Wonderful Life, adapted from the film classic on Nov. 12-21. Philip Grecian adapts the original Frank Capra movie for the stage, which will be directed by Jennifer Scapetis-Tycer. For details: www.crt.uconn.edu

The Bowmakers, Ward Serrill’s full length documentary about the world of the bow in music, and the masters who make them, will; have its East Coast premiere screenings Oct. 1-4, under the auspices of the Hartfoerd Symphony Orchestra. On Oct. 3 at 7 p.m., HSO Concertmaster Lenny Sigall leads a live, online Q&A with filmmaker Ward Serrill.  The discussion will be moderated by HSO Associate Concertmaster Lisa Rautenberg, and will include bowmaker Robert Morrow, HSO guest artist Gareth Johnson, and violist Milena Pajaro-van de Stadt, founding member of the Dover Quartet, who is featured in the film.   Advance registration is required to attend the Q&A and discussion. For details: www.hartfordsymphony.org. 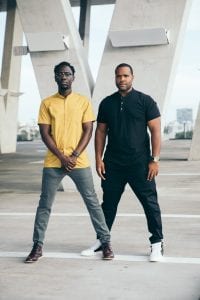 The UMass Fine Arts Center launches its new Bodies at Risk series with a free livestream presentation of classical hip-hop duo Black Violin on Oct. 2. at 7 p.m. ET. Black Violin will perform music from their recent repertoire, followed by a conversation on the state of Black music and art in the U.S. today moderated by African American studies scholar Stephanie Shonekan. Black Violin is led by classically trained string players Wil B. (viola) and Kev Marcus (violin). The band uses their unique blend of classical and hip-hop music, often described as “classical boom,” to overcome stereotypes and encourage people of all ages, races, and economic backgrounds to join together to break down cultural barriers. Black Violin’s latest studio album, “Take the Stairs,” debuted in 2019 at #1 on the Billboard Classical Chart. For details:www.fineartscenter.com/blackviolin. 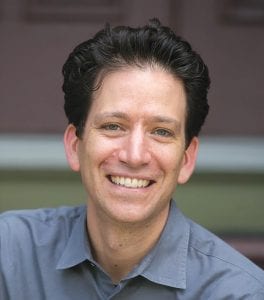 The UMASS Department of Music and Dance launches a new speaker series Music, Community Engagement & Social Action. Which explores how artists and educators, including a number of alumni, are seeking to effect social change through music. The free talks will take place online via ZOOM and YouTube, and pre-registration is required. The series begins on Sept. 30, when MacArthur fellow Sebastian Ruth speaks about his pioneering work as founder of Providence Community Music Works. On Oct. 7, members of the Haven Quartet will discuss their work in residence with  Music Haven. For program details: https://www.umass.edu/music/ 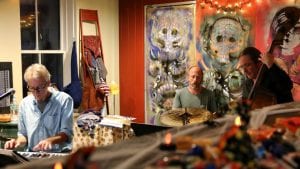 Db trio performs their blend of classic jazz and blues on October 4 at the Berkshire Theatre Group’s tent at the Unicorn Theatre on their Stockbridge campus. Daniel Broad (bass), David Bartley (piano) and Jeff McRae (drums) have been performing regularly in WMass and Vermont. Their critically acclaimed CD, Live in Vermont, was released in 2018. For details: www.berkshiretheatregroup.org.