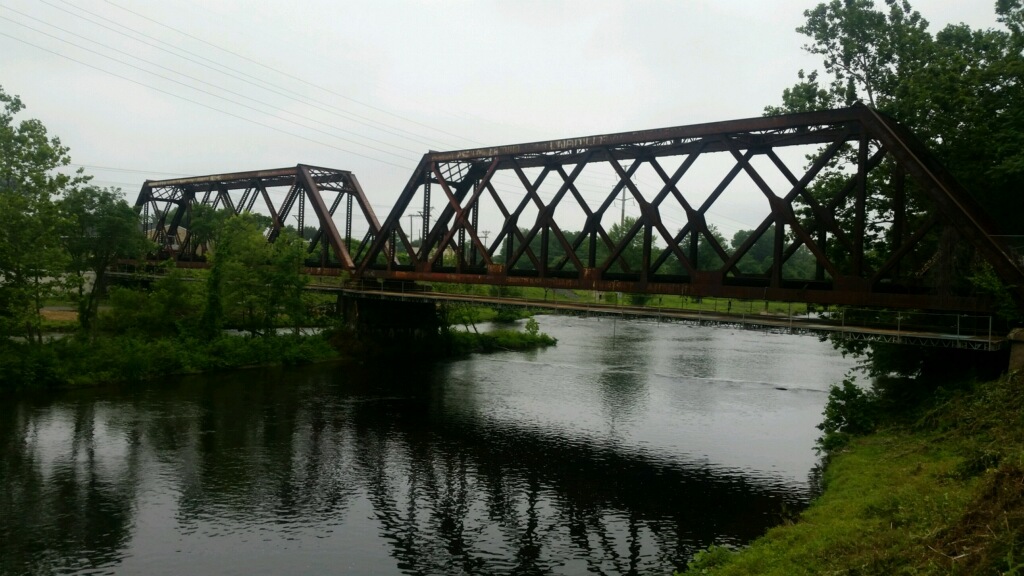 Share
Tweet
Share
Share
Email
Comments
WESTFIELD—If you’ve traveled the area of the former railroad trestle over the Westfield River on the milder days this winter, you may have seen some work being done on the bridge.
That’s because the work to complete the bridge as part of the Columbia Greenway multi-use trail has been continuing through the winter, when weather permitted, according to City Engineer Mark Cressotti. The project is part of the ongoing work occurring around the Greenway, which will have at least two developments in the coming months.

“They really haven’t stopped, they’ve been working off and on as weather allowed,” Cressotti said. 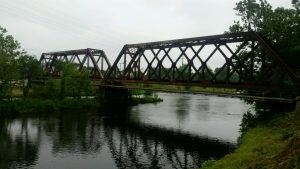 The project, called Columbia Greenway North, will connect two portions of the Columbia Greenway over the Westfield River via an abandoned railroad trestle that extends across. The bridge is being made into a trail that can accommodate cyclists, pedestrians and others.
The project was funded by about $3.7 million in Massachusetts Department of Transportation (MassDOT) funds. In addition, Cressotti was quoted as saying in The Westfield News Oct. 3, 2017, that the city previously contributed about $40,000 in “nonparticipating costs” to the project, and that no more was expected to be contributed.
Cressotti said the work being done on the bridge has included concrete pouring, sand blasting and priming portions.
Cressotti expects the project to be completed in the spring of this year. He added that he believes that the Columbia Greenway North could be completed before its anticipated June target date.
Public information meeting set
In addition to the Columbia Greenway North, the city will be holding a public information meeting to discuss the next anticipated  project, the Columbia Greenway Central.
The meeting will take place Thursday, March 8, at 7 p.m., in City Council Chambers at City Hall.
Cressotti expects advertising for this project, which involves a 0.64-mile stretch from the Westfield River to Main Street, to start in April, 2019.
The project currently has $6.25 million programmed for it from MassDOT’s Transportation Initiative Program, and Cressotti noted that expectations of city contributions would include environmental permitting and eminent domain.
Cressotti said that the information meeting would be used to try to gather public input about what the project should be sensitive to, as well as what they should provide for the neighbors.