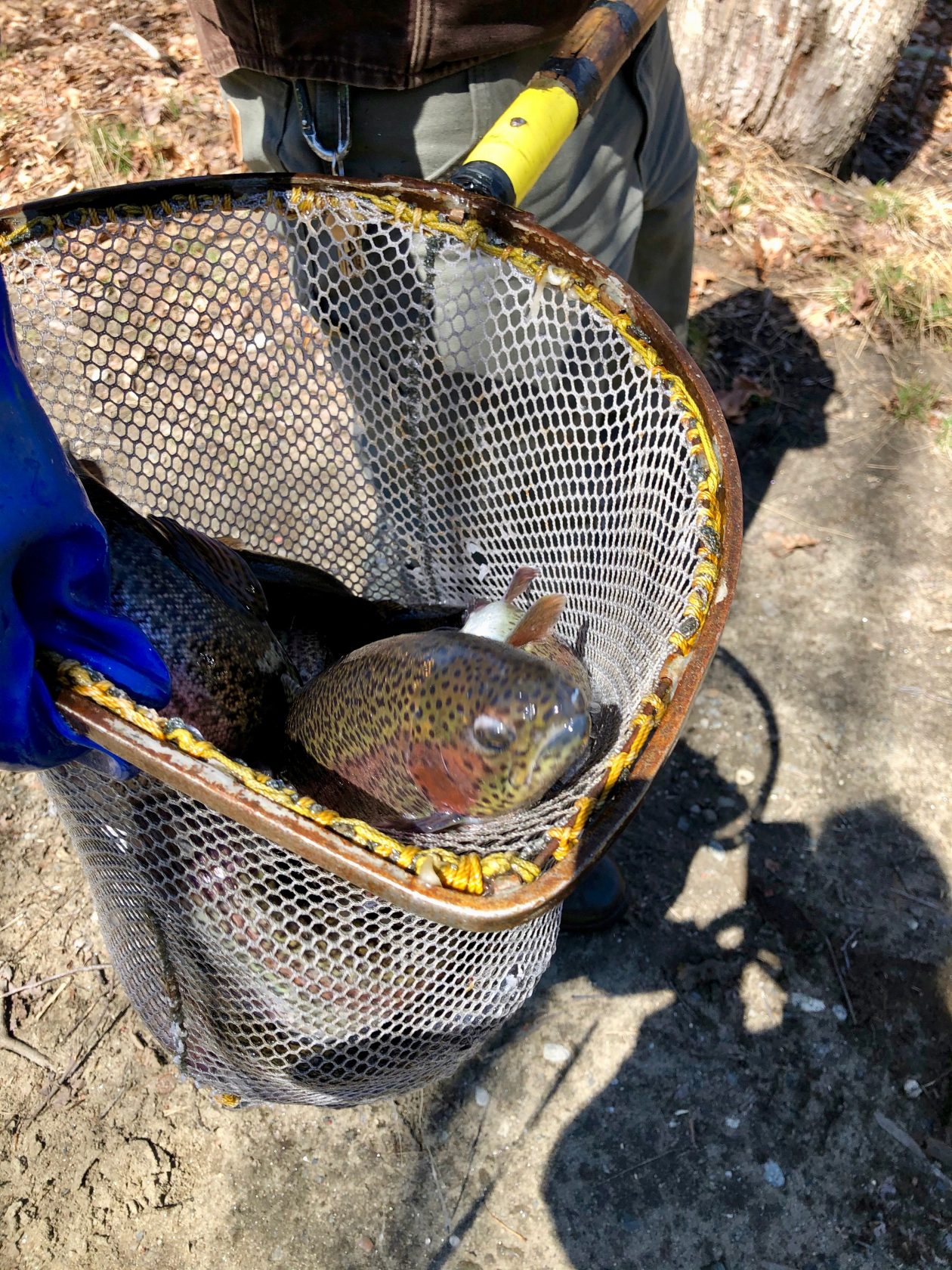 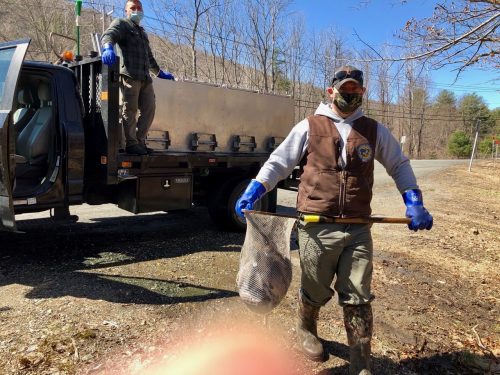 WESTERN MASS – This week, the Mass Division of Fisheries and Wildlife began stocking trout in area rivers, brooks and lakes.

Andrew Madden, western district supervisor for MassWildlife said they stock trout in this district from the end of March and straight through to Memorial Day. “We’re back to normal operations,” Madden said.

The fish are grown in cold water hatcheries in five different locations throughout the state, in Belchertown, Sunderland, Montague, Sandwich and Palmer. He said a lot of what they stock is rainbow trout, but they also stock brown, brook and tiger trout. ‘We grow our trout to be catchable sized fish, averaging over 14 inches in most cases,” Madden said. 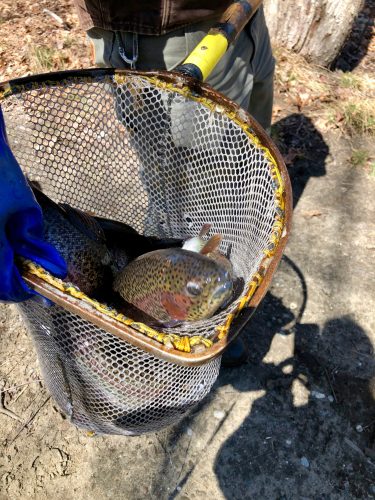 On March 30, Western District Wildlife Technicians Ray Bressette and Eli Pease stopped at a Westfield River location in Huntington to release the trout from a tanker using nets, dropping about more than a dozen nets’ worth into the river. The fish at that location came from McLaughlin Fish Hatchery in Belchertown.

Madden said a license is required to fish in any water in Massachusetts, and the best place to get a license is online at mass.gov/masswildlife. A resident fishing license costs $22.50, and a three-day license, $7.50. A resident fishing license for ages 65 to 69 is $11.25. Fishing licenses for residents over 70, disabled and ages 15 to 17 are free, although still required. Mass. licenses for out-of-state anglers are higher. A license fee increase, the first in 25 years, is currently under consideration by the state, but won’t go into effect until 2022, according to Madden. 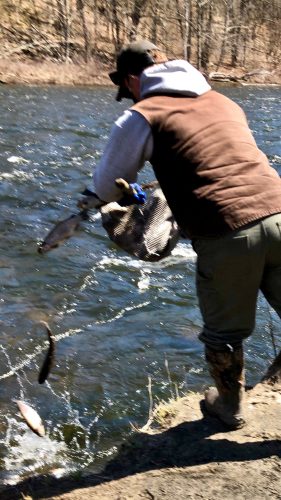 Fish are gathered in the tanker in nets and dropped into the river. (AMY PORTER/THE WESTFIELD NEWS)

The limit on trout In lakes and ponds is three a day; in major rivers, three a day, and in smaller rivers and streams, eight a day. “In a lot of the places where you’d be fishing in smaller rivers and streams, the fish are smaller, and for most people it would take more than three to have a good meal, which is why the limit is higher in those smaller waters,” Madden said. The Westfield River is considered a major river.

Madden said all of the places that they stock go up online on maps at mass.gov/trout. “Any time we stock waters, it’s the best way to keep track of where we stock,” he said, adding, “We’re just getting started. There are plenty of fish to come.”