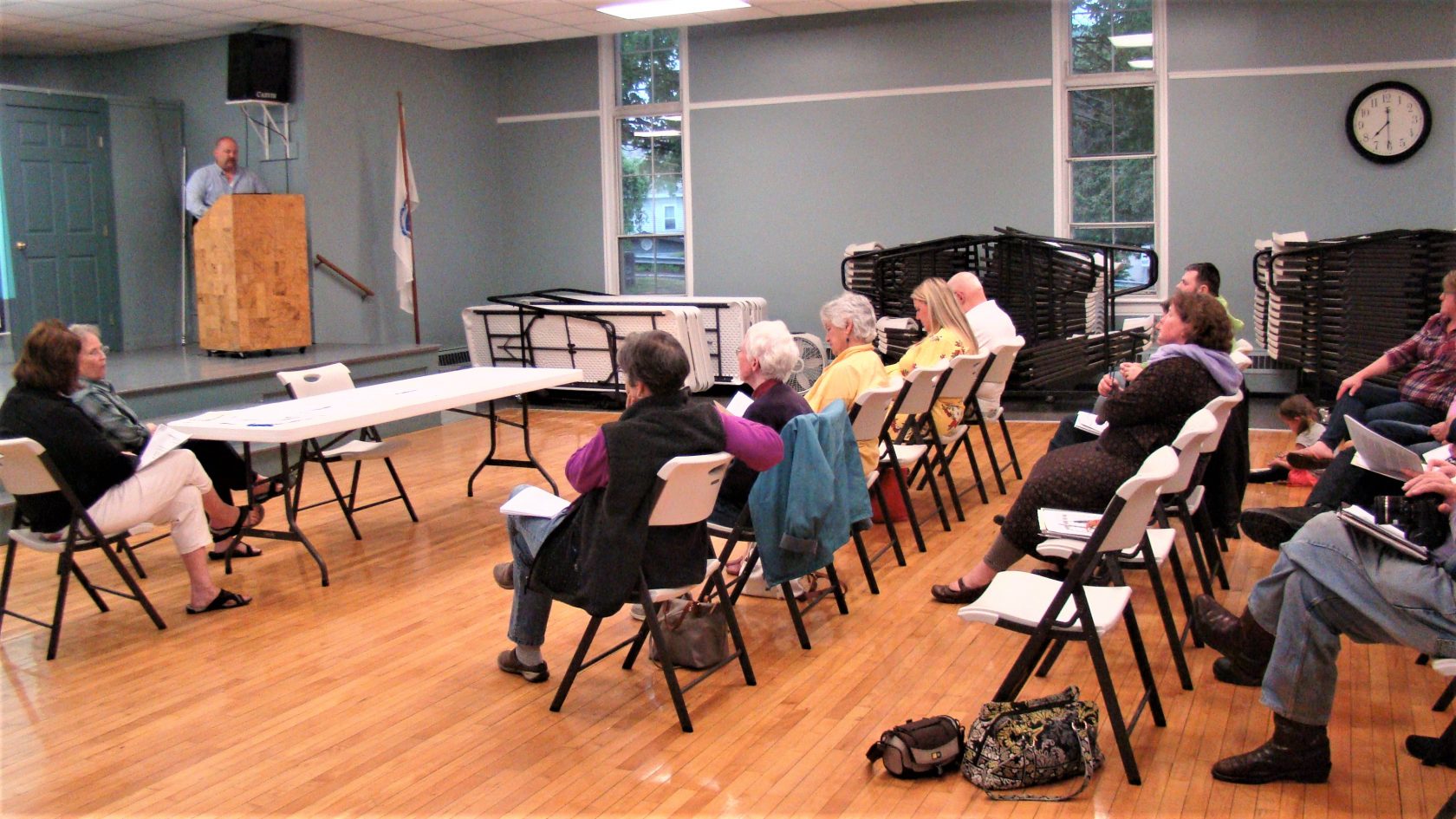 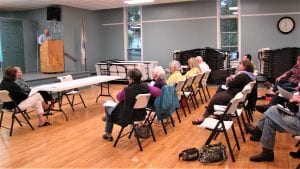 HUNTINGTON – The Board of Selectmen held an informational meeting for board members and heads of departments on Wednesday, in advance of the Annual Town Meeting scheduled for Monday, June 3 at 7 p.m.
Chairman Edward Renauld said he wanted to go over the warrants, which are lengthy this year due in large part to more than a dozen pages regarding new Adult Use Marijuana bylaws for the town. Renauld said the Planning Board worked for two years on the bylaws, which he said concerned the “nuts and bolts” of bringing the business to Huntington.
Although no Planning Board members were present at the meeting, they prepared a short summary of the proposed bylaws, which will also be available at the ATM. Highlights include allowing indoor-only cultivation of up to 5,000 square-feet. of canopy, with a maximum allowed of 100,000 square-feet., the state limit, or up to 20 cultivators. Marijuana retailers licensed to sell directly to consumers, 21 and older, will be restricted to two, or 20% of licenses issued to sell alcohol for off-premises consumption.
Renauld said the bylaws are not about whether the town is for or against marijuana, because the town voted 723 to 450 in favor of legalization of recreational marijuana in the November, 2016 election. He said the Planning Board also stated that if the proposed by-laws fail to pass by a 2/3 vote, they will not continue to work on them, leaving the town without local control over marijuana establishments coming in. If they pass, amendments may be made to them in future years.
The FY20 budget, and Gateway assessments to the town in particular, were also discussed at the meeting. Selectman Darlene McVeigh, who also serves on the School Committee, said the assessment in the town budget will be amended on the floor of the ATM, due to the town of Montgomery failing to pass the alternative assessment at its town meeting.
McVeigh said the alternative assessment, which was approved for a five-year trial period last year by all six towns in the district, ties each town to the percentage increase in the school budget, which this year is 1.97%. McVeigh said it is similar to insurance coverage, with bad years and good years. The School Committee was hopeful that the six towns would pass it for the five years, to stabilize the wide swings in the statutory assessments, based on the March 1 student census each year.
McVeigh said last year Montgomery benefited by the alternative assessment, which was lower than the statutory would have been. This year, the statutory was lower, and when the town reviewed it, they said they would only vote the lower amount. Passage of the alternative assessment method requires a vote by all six towns.
“I was personally disappointed,” McVeigh said, adding that the net swing over the two years for Montgomery was $6,000.
For Huntington this year, the statutory assessment of $2,784,289 is $95,000 more than the alternative assessment of $2,689,079. McVeigh said she had budgeted for the greater amount and will introduce an amendment on the floor of the ATM to the published warrant, which reflects the lower alternative assessment amount.
Also discussed at the meeting was the final build out to connect the last 17 homes to hi-speed internet. McVeigh said for over 25 years, only 70% of residents had cable in Huntington. Over the last few years, due to grant funding from the Massachusetts Broadband Institute, Comcast connected up to 97% of the homes at no cost to the town.
Renauld said after a long negotiation with Comcast, the cable company guaranteed a quote of $140,835 for 18 months to build out to the remaining 17 homes. He said Huntington can legally use taxpayer funds to build them out, but the residents will have to pay to hook up to cable. He said taking the $140,000 out of stabilization is the best way for the town to pay for the build out.
“The bottom line is that we have to ante up,” Renauld said. He also said the places where there is open land to build homes is where there is no coverage. Once cable is available in those spots, he said people will be more likely to build.
“Fifteen years ago, it was a luxury to have hi-speed internet,” Renauld said, adding that now it is a necessity for work and school.
“This is an investment in our town, the only amount we’re going to have to pay. We’re asking this group to support taking this out of stabilization,” added McVeigh.
Town residents will also be asked to approve several free cash transfers, including $100,000 to offset the FY20 tax rate. “I’m happy with the budget, but I’ll be happier if we can wean ourselves from using Free Cash,” said McVeigh.