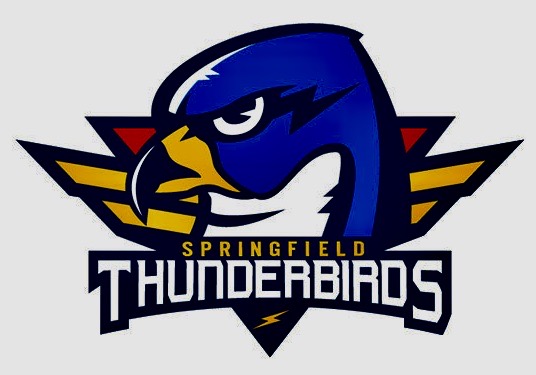 SPRINGFIELD – The Springfield Thunderbirds, in conjunction with the American Hockey League (AHL) and Chief Executive Officer David Andrews, announced Friday that the league’s Board of Governors has voted to cancel the remainder of the 2019-20 AHL regular season and the 2020 Calder Cup playoffs due to the ongoing COVID-19 public health crisis.
“After a lengthy review process, the American Hockey League has determined that the resumption and completion of the 2019-20 season is not feasible in light of current conditions,” American Hockey League President and Chief Executive Officer David Andrews announced on the league website.
“The League’s operational focus has turned toward actively preparing for the 2020-21 season,” Andrews continued. “We are very grateful to the National Hockey League and its teams for their support and leadership in navigating through the challenges faced over the past two months. The AHL continues to place paramount importance on the health and safety of our players, officials, staff and fans and all of their families, and we all look forward to returning to our arenas in 2020-21.” 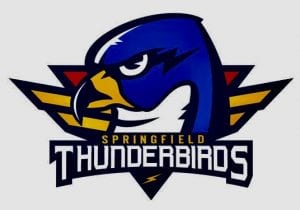 The AHL’s standings – sorted by points percentage – and statistics as of March 12, 2020, are considered final and official, and will serve as the basis for determining league awards for the 2019-20 season.
“These truly are unprecedented circumstances, and though it is not the outcome that we all hoped for, we fully support the decision made today by the American Hockey League to cancel the remainder of the 2019-20 season,” Springfield Thunderbirds President Nathan Costa said in a statement on his team’s web site.
“On behalf of the entire Thunderbirds organization, we would like to thank our great fans for their unwavering support this year as well as the Florida Panthers for their commitment to our city during the first four years of our franchise,” he said. “Please continue to adhere to all local and federal guidelines in an effort to stay safe, and I can’t wait to see all of you in a few short months to kick off our 5th Anniversary season at the MassMutual Center in 2020-21.
“Though the final standings will show the T-Birds on the cusp of a playoff berth for the first time in their history, we continued to make an impact in the Springfield community during our fourth season.
The Thunderbirds registered nine sell-outs during the shortened 2019-20 season, the same number as all of last season, as well as eclipsing the 5,000 per game attendance mark for the second consecutive season with an average of 5,262 per game.
The Thunderbirds will begin a five-year affiliation agreement with the defending Stanley Cup champion St. Louis Blues to coincide with the club’s fifth year of existence for the 2020-21 season.
“Next season will be a special one for the organization,” Costa said.
The Thunderbirds organization has been reaching out to fans with tickets for remaining games. Anyone seeking ticket refunds or exchanges is urged to contact a T-Birds representative by calling (413) 739-GOAL or by visiting “Live Chat” on the team’s website at www.springfieldthunderbirds.com. – Courtesy of Springfield Thunderbirds