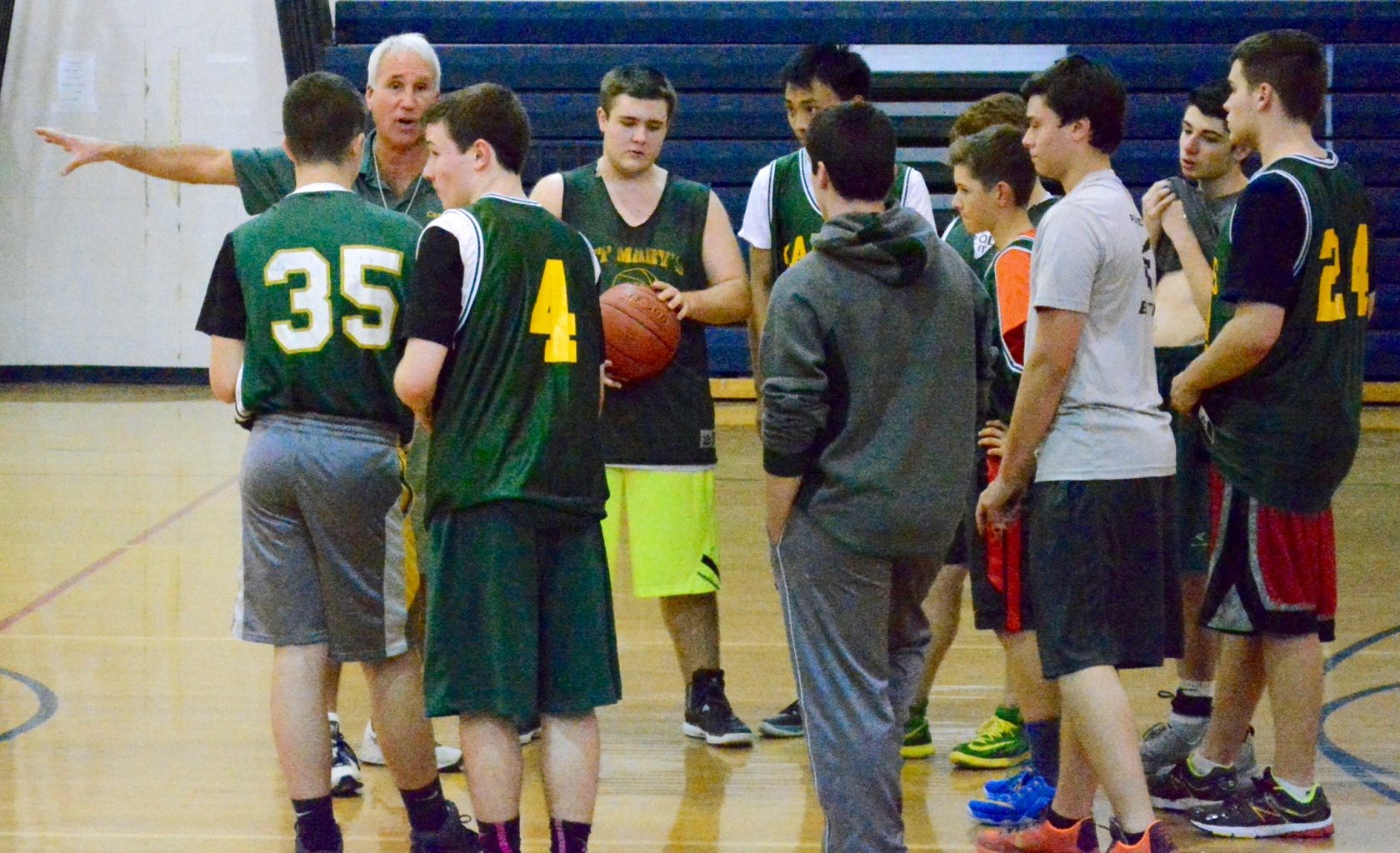 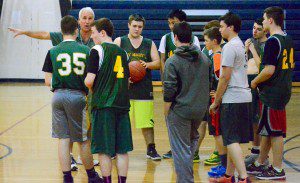 WESTFIELD – If the basketball gods doled out wins for effort, the St. Mary High School boys’ hoops team would be basking in glory.
Under the tutelage of St. Mary head coach Joe Molta, the Rams have delivered a scrappy, painstaking effort of late, but have been rewarded with nary a victory to show for it. Perseverance is still the key. 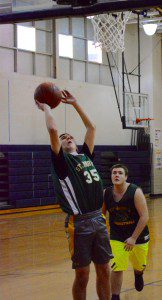 “We continue to battle the issue that all Catholic schools are facing – numbers,” Molta said. “Not only are we battling (low enrollment) numbers, we are not very big. I’m the biggest guy on our team and I can’t play, and I’m only 6 feet (tall).”
“Those are the challenges and issues our athletes our facing.” 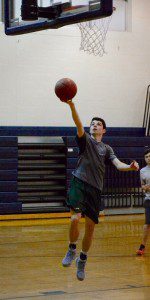 While St. Mary lost two key players this offseason, the Saints return five players – junior guards Drew Collins and Gio Depergola, junior forward-center Andrew Ilnicky, and sophomores Jake Butler and Kevin Rockwal, who will likely be utilized at the guard and forward positions.
“Our biggest problem is that everybody is sort of at a different level,” Molta said.
If every player elevates their game to some degree this season that will likely net the team positive results.
“We showed improvement in the second half of last season,” Molta said. “Hopefully we can build off of that.”
St. Mary will have to contend with familiar foes Westfield Technical Academy and Gateway – both expected to take a step forward in 2015-16 – among others. The Saints tip off their season against Smith Voke in the Box Out Cancer Challenge Tuesday, September 15 at 7 p.m.